However, owner Alfredo Fischioni says he’s still working to fix up the restaurant, and plans to reopen in November.

For the second time in seven years, the Collingswood municipal government is moving to take a blighted commercial property in its downtown business district by eminent domain.

In 2012, borough commissioners used the legal mechanism to force a sale of the frequently dark National Market property, which became the (now-shuttered) McFarlan’s Market.

Now they’re employing the same process to try to get 690 Haddon Avenue, home of Italian eatery That’s Amore, back into service.

The restaurant suffered a significant amount of damage from a sewer pipe breakage in December 2017, and hasn’t reopened since. In the meantime, it’s been cited for multiple violations of fire code and property maintenance amid the struggles of ownership to reopen.

However, Collingswood Mayor Jim Maley said its crumbling exterior has worsened in recent months, and that conversations with owner Alfredo Fischioni have resulted in “a lot of activity with no productivity.

“It’s been way too long, and something’s got to be done to fix this up,” Maley said.

On Monday, borough commissioners introduced a resolution to begin the eminent domain process.

“We’ve had a lot of words spoken to us about what’s going to be done,” Maley said. “The condition of the building is getting worse and worse. It’s just got to end.”

An exterior appraisal of the property, paid for by the borough, returned a value of $220,000.

That amount will provide the basis for formal negotiations between the two parties; if those don’t prove substantive, the borough can file suit to acquire it, Maley said.

If that happens, the borough will borrow money to buy the restaurant, and then resell it on the open market.

The mayor hopes the entire process could be resolved by spring 2020.

“We’d be looking for a buyer that came with a plan to fix the building, and they’d have to be ready to go, and go,” Maley said. “It’s a slow process for government, which it should be, and we’re moving on it.”

However, That’s Amore owner Alfredo Fischioni said he intends to restore the property and reopen it this winter. Fischioni said Wednesday that he was unaware that the borough government had begun the eminent domain process.

“Our purview was always to fix the property,” he said. “We have an art deco exterior that’s going up; we have drawings from the architect.” 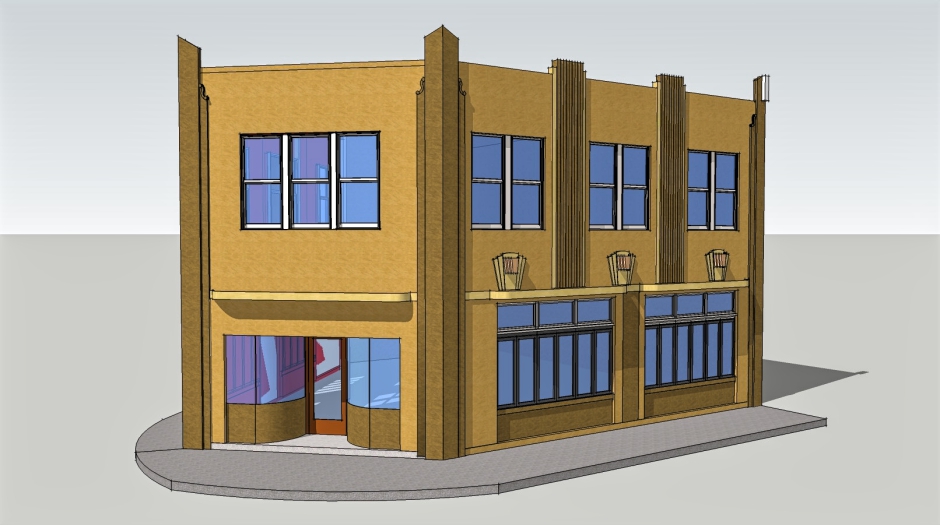 Fischioni said the project has stalled amid a battle with his insurance company that lasted until this past summer.

After that, he began working to secure financing to repair the building.

The biggest delay in the project has come in waiting for open-air transom windows to arrive; once those are installed, stucco repairs can begin.

“There’s been substantial work on it in the past three weeks, and there’s contracts out for the rest of the work,” Fischioni said.

In the meantime, he’s also scrapped a plan announced this summer to open a second Italian restaurant, Amore Mio, in Merchantville. Instead, Fischioni said he’s “decided to concentrate on our home base of Collingswood.”

“We’re moving in the right direction,” he said.