Bill and Miranda Haas say the new location will enable them to expand their product inventory, host in-store events with creators, and introduce tabletop gaming, among other new offerings. 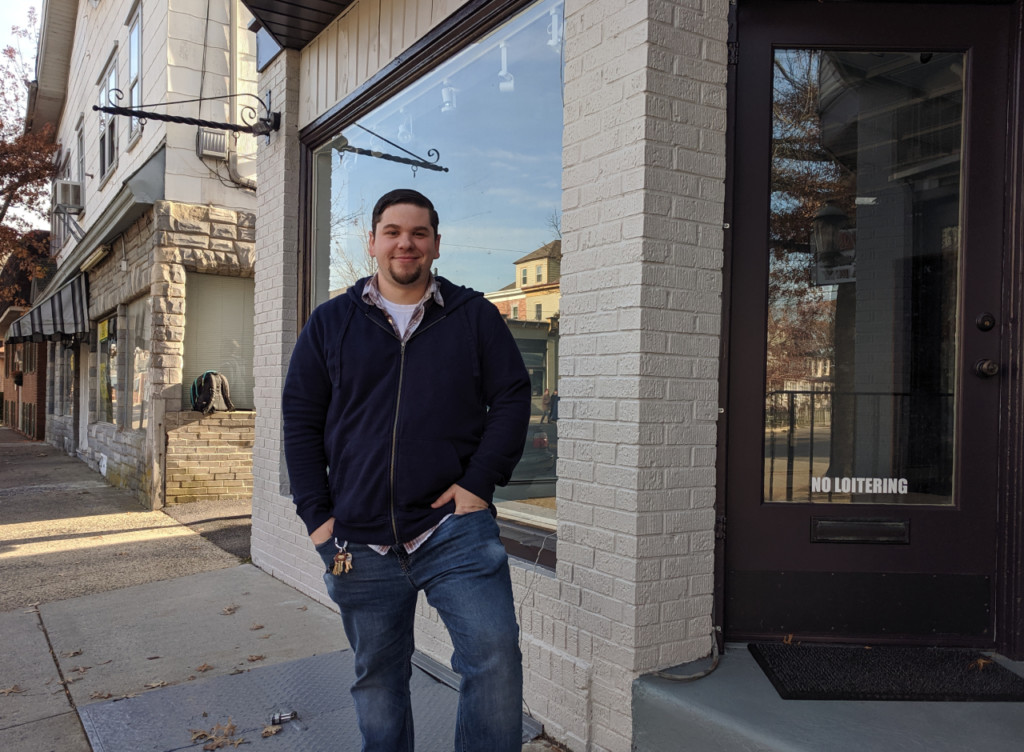 But when local developer Ingerman agreed to purchase their building and several adjacent lots to create a multi-tenant apartment complex, the family—including baby Wyatt, who was born amidst the retail downturn of the novel coronavirus pandemic—scrambled to find a new shop in the town they’d come to love.

After months of searching the limited inventory of commercial properties in Collingswood, they finally settled on 888 Haddon Avenue, the former home of Team Taino MMA and Vitality Fitness.

“We found a place to land, and not only that, it’s the most perfect place we’ve seen so far,” Bill Haas said. “It’s a clean slate: something to start and build from.

“The new spot is going to do a lot of what we do currently, but bigger,” he said; “a little bit closer to my vision of Empire Records with comics.”

In its new location, Secret Origins plans to expand into tabletop gaming, for which the couple believes there’s demand within the community. The additional square-footage also will support expanded product displays, from long boxes of comic book back issues to Funko Pop figurines to collectible card games.

Bill Haas said he also anticipates hiring additional staff to bring back the Secret Origins Facebook Live/QVC-lite streams, during which he and Miranda auctioned off back issues, special variant-cover comics, and more.

“We want to do the live shows,” he said. “We’ve been doing really well, but we could do better if we had those streams going. We can increase our clientele; [increase] our audience.” 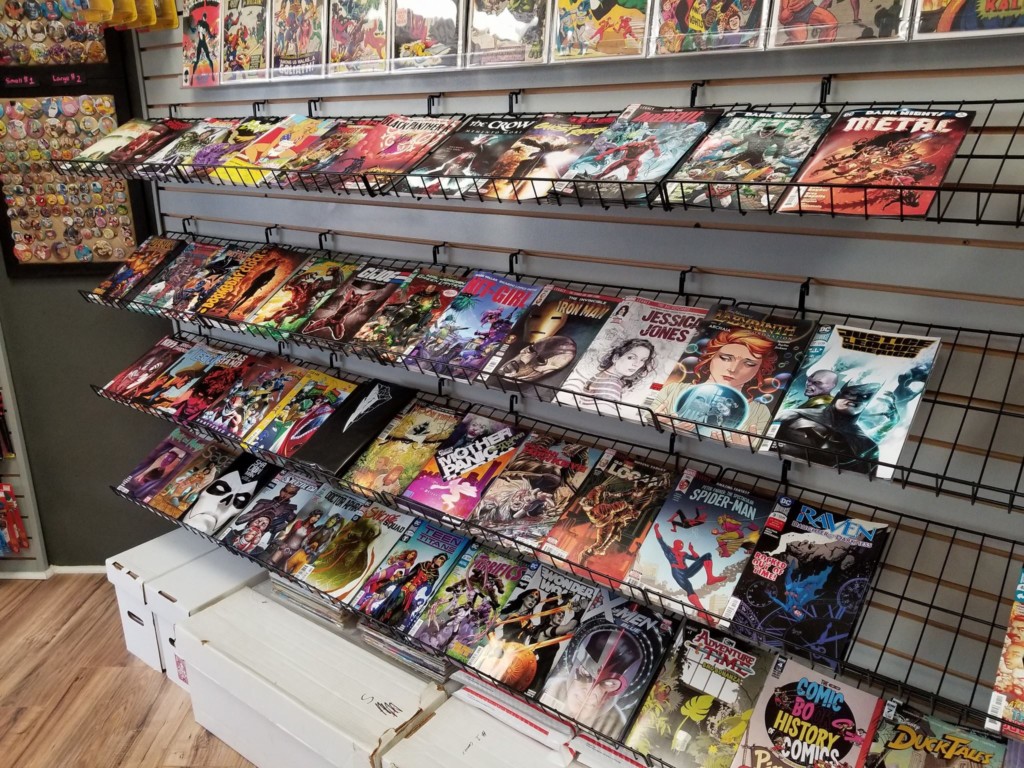 The larger footprint of the new shop will also create more opportunities for Secret Origins to grow its audience of comics readers.

With a broader storefront, the shop can become one of Ray Oldenburg’s “third places”—other than work and home—for the community to congregate, share ideas, and interact with neighbors.

In solidifying plans for the new shop, the Haases, who founded Camden Comic Con in 2014, want to dip into their list of industry contacts to create special, in-store guest appearances from local and national artists and authors, bringing those creators closer to the fans who support their work.

“It’s one thing to come pick up your weekly books and leave the building,” Bill Haas said. “We want to have things to do for people to maximize their time in the building.”

Despite the difficulty sustaining a brick-and-mortar shop in the age of digital retail, the comics medium is enjoying a recent renaissance amid intensified interest from entertainment companies searching for the latest commercial properties to develop into movies and TV series.

“If you go onto Netflix, Amazon, Hulu, about half the stuff on there is an adaptation of a comic book, or will be in a few years,” Bill Haas said. “Sweet Tooth was huge for Netflix; Umbrella Academy, Deadly Class, The Walking Dead, The Boys, Y the Last Man.

“Comics are being mined for ideas,” he said. “I think it’s going to be even more prevalent than it is now. A lot of writers come into comics, and they’re unfortunately failed screenwriters and failed novelists. Stan Lee wanted to write the Great American Novel.

“I don’t think some of these people intended on these avenues, but you can make some really great stuff in comics, and then they become culturally important,” Bill Haas said.

Secret Origins will remain in its current location until at least November, with a targeted Black Friday opening at 888 Haddon Avenue. Making the holiday weekend is ambitious, but it’s also in keeping with an in-house anniversary for the business (each of its prior locations opened on Thanksgiving weekend).

In the meantime, the couple will continue to work on the fit-out for the new space along a theme that Bill Haas describes as “modern [with] a touch of rustic.” Plans include new laminate flooring, fresh paint, new display fixtures, and wider aisles for shoppers.

“The boutique feel of 554 Haddon precludes us from having a lot more stock on the floor,” he said; “in this place, we won’t have those restrictions.

“We’re happy to stay in Collingswood,” Bill Haas said. “We wanted to come here to Collingswood in the first place. That was always our dream. I’m over the moon in regards to this.”