Trending
You are at:Home»Schools»Collingswood»Collingswood High School Football Game Evacuated Under Threat of Violence

District officials and borough police responded to a report that people in the crowd were either armed, or feared the arrival of other armed spectators, and sent everyone home in the third quarter.

Collingswood Superintendent of Schools Fred McDowell said two spectators approached police officers in the third quarter with a report that “there were individuals who were en route to the football game with the intent of shooting one of the participants in the crowd.

“They said they were leaving because they considered it a credible threat, and they wanted to notify law enforcement,” McDowell said.

Together with the onsite district team of faculty, staff, and administrators, police and school officials decided to evacuate the facility.

The superintendent said one point the possibility of continuing the game without spectators was considered, but authorities opted to clear the scene, including Knight Park, in the interests of safety.

The contest, between Collingswood High School and the Mastery High School of Camden City — a replacement opponent for the originally scheduled Sterling High School — ended prematurely in a scoreless tie.

Collingswood Police Chief Kevin Carey said that an investigation into the incident is ongoing, but that the evening concluded without incident.

No weapon was recovered, and no injuries were reported.

“During the course of the football game, it seems like some juveniles got into some verbal argument,” Carey said. “Allegations were made that they had guns or were going to bring guns.

“The decision was made to evacuate the stands in the event that there was a threat made while they were investigating; at some point the school stepped in and said we should stop the game,” he said.

The chief said that police couldn’t identify the attendees who were alleged to have made the threats of violence, other than that they were reportedly visitors from Camden City.

“It seems like the threats were not credible,” Carey said. “It seems to be juveniles who were verbally engaged in an argument, not a physical fight.

“We had no indication that there was a weapon on school grounds, or a credible threat of a weapon to come, but given the alleged comments, we made the determination to evacuate the stadium,” he said.

Collingswood Police were supported in the evacuation by officers from nearby departments on a mutual aid response; the clear-out went “rather orderly,” Carey said. 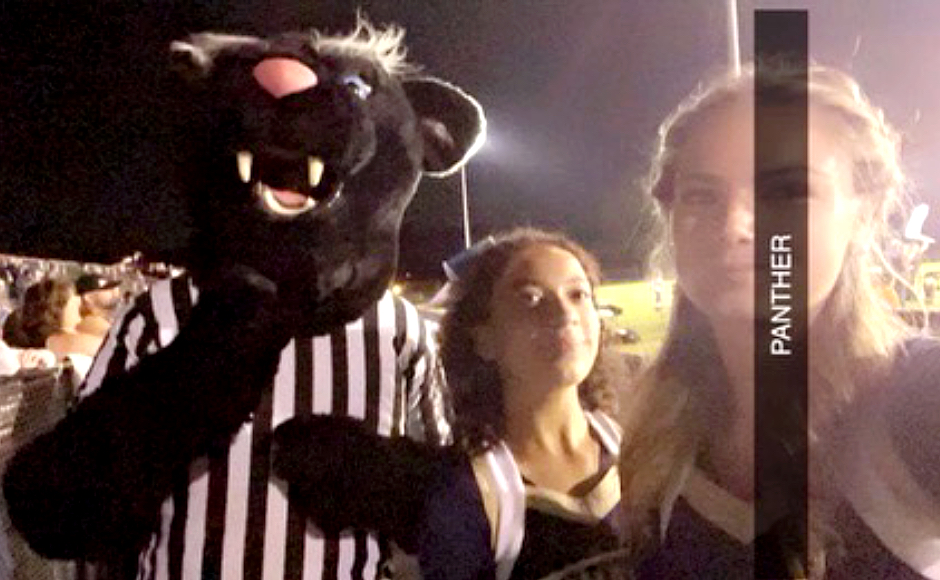 Collingswood High School senior Quad White, who performs as the school’s mascot, said he was playing with kids in the crowd during the game when the evacuation was ordered.

“I went towards our gate to get a drink of water,” White said.

“All I could remember was our cheerleaders running in my direction, telling me to head back in.

Inside the cheerleaders’ locker room, White said his fellow students were shaken up, as they went into lockdown two separate times after the initial order to evacuate.

“Cheerleaders are crying,” he said. “Players and coaches are getting off the field. Mastery evacuated; I think they went inside our girls’ locker room, grabbed their stuff, and left to go back to their high school to leave the area. We got told to lock the door and stay in there, and then it got lifted again.”

White said he’s spent his Saturday shaking off the events of Friday night, but noted that it’s not his first experience involving threats of gun violence.

“My brother graduated from Camden High in 2020, and they had a playoff game canceled because of gunfire,” he said. “I didn’t want to go through that. I’ve been in Collingswood for four years; we also had a gun threat before, when a student brought a gun to school in 2019 before a game.”

Those memories apparently also were on the mind of Collingswood coach Mike McKeown, as he told the Courier-Post.

“I was at the Camden-Pleasantville (in 2019 when gunfire erupted in the stands and 10-year-old Micah Tennant was shot and killed),” McKeown said. “I was there. That was scary, this was scary, too.” 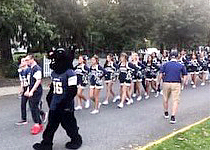 White’s message to his fellow students is, “let the fear go; just be cautious about what you do.

“Always stay with a group of people,” he said. “When you enter a high school football field, be cautious of where the exits are, and where everybody is.

“We’re off Monday; next two games are away at Deptford and Audubon,” White said. “Hopefully that gets the mind off it a little bit.”

McDowell said school officials believe Friday’s incident to be a one-off, but recommended that everyone continue to exercise vigilance if they sense something’s amiss.

“As a community, it’s our collective responsibility to keep everybody safe,” the superintendent said. “We’re thankful for the individuals who reported this to the police.

“Our goal is for students to compete and have fun and for spectators to have fun, enjoy the competition, and get home safe,” he said.