A woman who made a cash withdrawal from the ATM was followed to her car by an armed man, who allegedly thrust a gun into her vehicle window and robbed her. 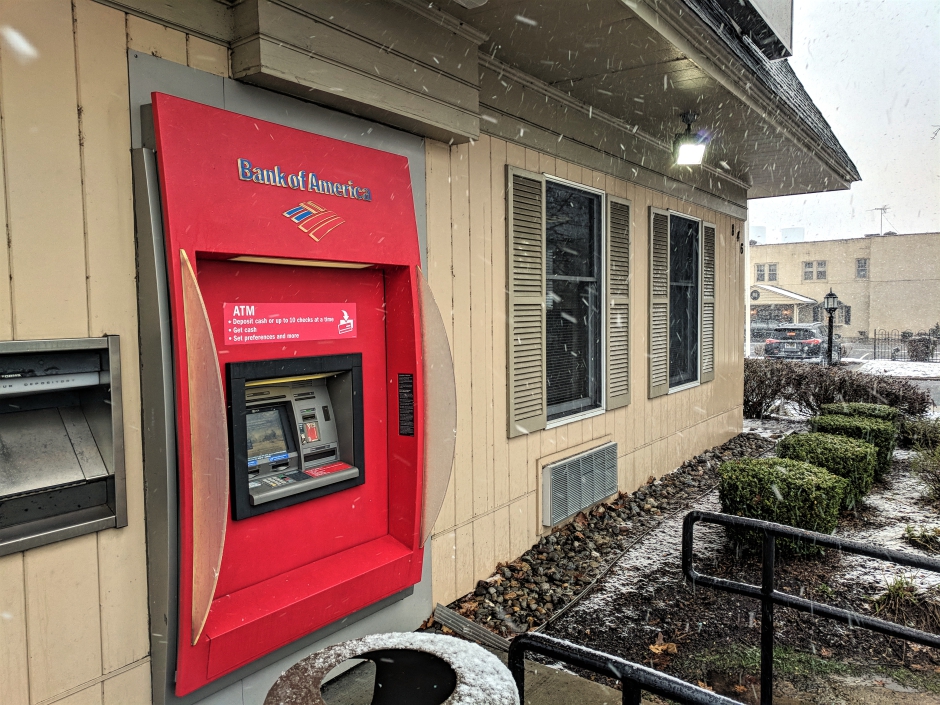 ATM at the Collingswood Bank of America. Credit: Matt Skoufalos.

Authorities are tracking a suspect whom they say robbed a woman at gunpoint outside the Collingswood Bank of America this week.

According to Collingswood Police Chief Kevin Carey, a Haddon Township resident withdrew cash from the ATM at 845 Haddon Avenue around 3:45 p.m. Monday, February 26, and returned to her car.

A few minutes later, a man allegedly approached her vehicle and stuck a black handgun through the passenger-side window, demanding the money.

The victim turned over her purse to the man, who ran off in the direction of Fern Avenue, according to investigators from the Camden County Prosecutor’s Office (CCPO).

The woman was physically unhurt in the incident, Carey said.

CCPO Public Affairs Officer Alex McVeigh described the suspect as “a light-skinned man wearing a beanie-type hat, sunglasses, a ‘bomber’ style jacket, and a scarf.” Police are awaiting security footage from the bank.

Carey said K-9 units tracked the area with negative results; likewise, a review of surveillance systems along Haddon Avenue did not return any useful information. He said the robbery is likely a one-off, but police have stepped up patrols in the area just in case.

“We don’t see any other incidents in the surrounding jurisdictions,” Carey said.

Anyone with information about the robbery is asked to contact Collingswood Police at 856-854-1900.