Organizers of the grassroots festival hope to give neighbors and music lovers a fun, free day of live music.

As a community, Collingswood is no stranger to a town-wide party.

This September, a handful of residents will scale back from the usual street festival scale, down past even block party dimensions, to bring a borough-sized celebration to front porches across the 08108.

From noon to 5 p.m. on Saturday, September 23, a mix of 50 performers will fill the residential neighborhoods of Collingswood for Porchfest, an afternoon of music and community.

“I would just love to see people riding their bikes around from house to house, getting to know one another, supporting local businesses, grabbing a drink,” Brown-Downham said. “Just being outside, off screens, listening to music in our lovely town.”

The Porchfest concept originated in Ithaca, New York, in 2007, and has emerged as an international trend in neighborhoods from Montreal, Quebec, Canada to Napa, California. Philadelphia celebrated its second such event this year, and Ventnor had its inaugural Porchfest last month.

Brown-Downham said she believes Collingswood, with its wealth of historic housing stock and local music culture, “is made for this. 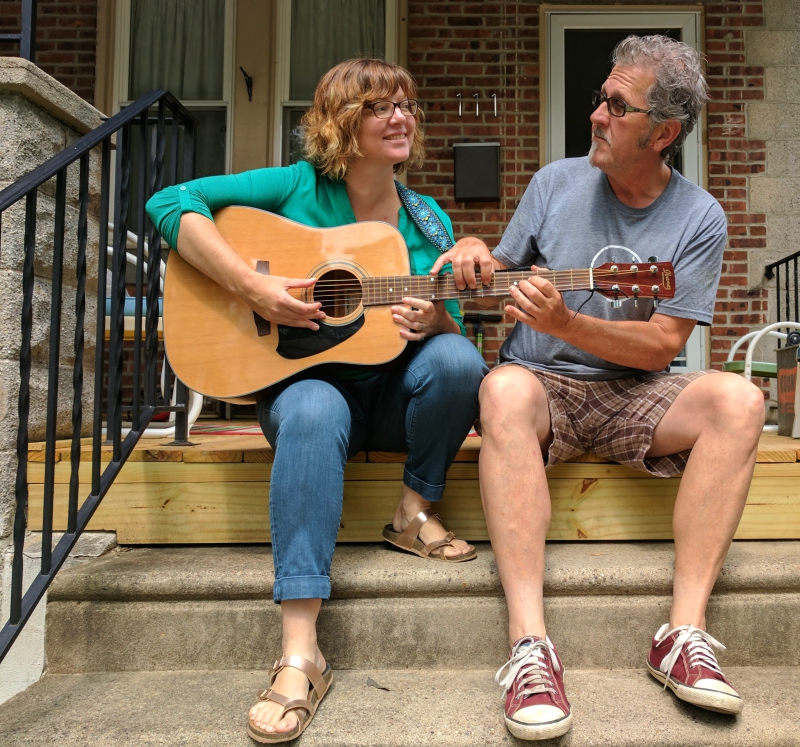 “[This is] an opportunity to show off porches in town.”

Performances will be similar, atmospherically, to those at the Collingswood Farmers Market, Monko said; something between unplugged and low-fi electric.

The organizers have cultivated a genre-spanning bill of local talent.

“I’m assuming there will be acts that you’d really like to see that you’ve heard about and that you’ll get to see because it’s convenient,” Monko said.

“Then there will be people who would come to open mics whom you’ve never seen before.”

Monko has organized similar grassroots musical events in the borough, from glam-rock fundraisers for the Collingswood Bike Share to the Beatles-Rolling Stones music-lesson scholarship event. He said “it’s easy to make them happen” in Collingswood, where neighbors are generally up for pop-up parties.

“What I realized was people love that, and you just have to kick it off,” Monko said. “The more people hear about it, the more people will participate.”

Performers will play 30- to 60-minute sets. There’s no charge for the event and no fees for the players (although organizers encourage tipping). Porches provide the root of inspiration for the event, but Monko said front yards, back yards, and side yards all are fair game, too.

The borough government has given its blessing to the event, but is not a participant. No streets will be closed for Porchfest. Attendees are encouraged to walk, ride bikes, or take public transit.

Click here for the 2017 Collingswood Porchfest lineup and a map of locations, or visit the event page for more information. 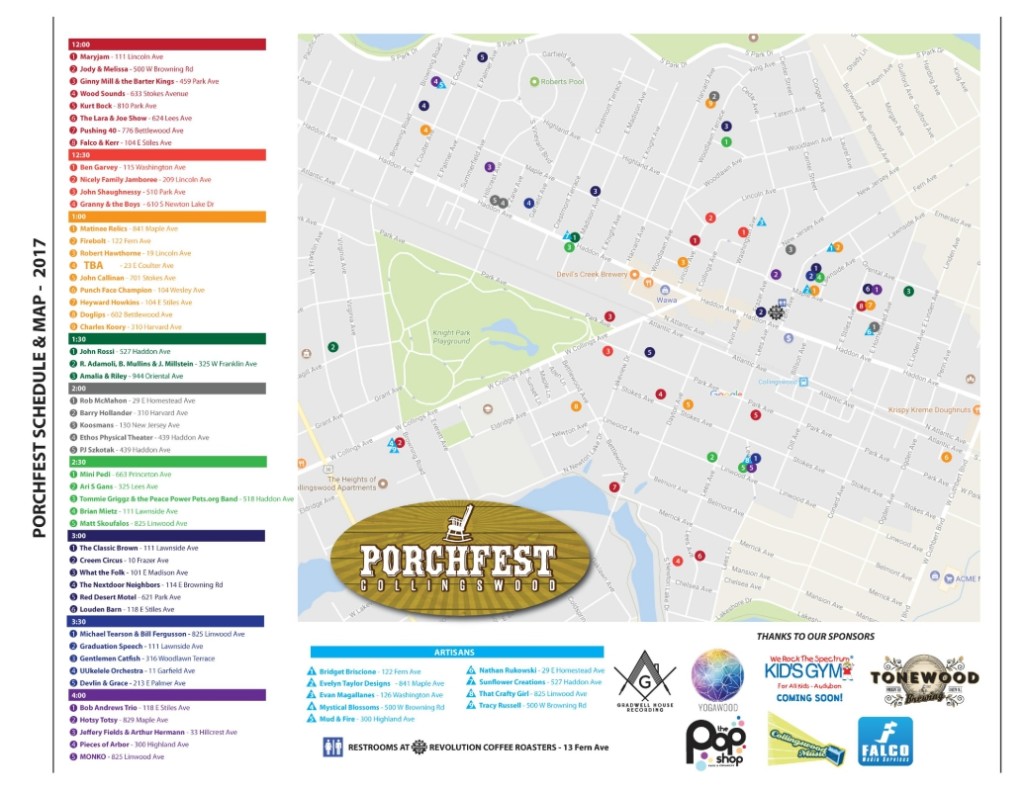