Neighbors are collecting donations and organizing fundraisers for the family of six. 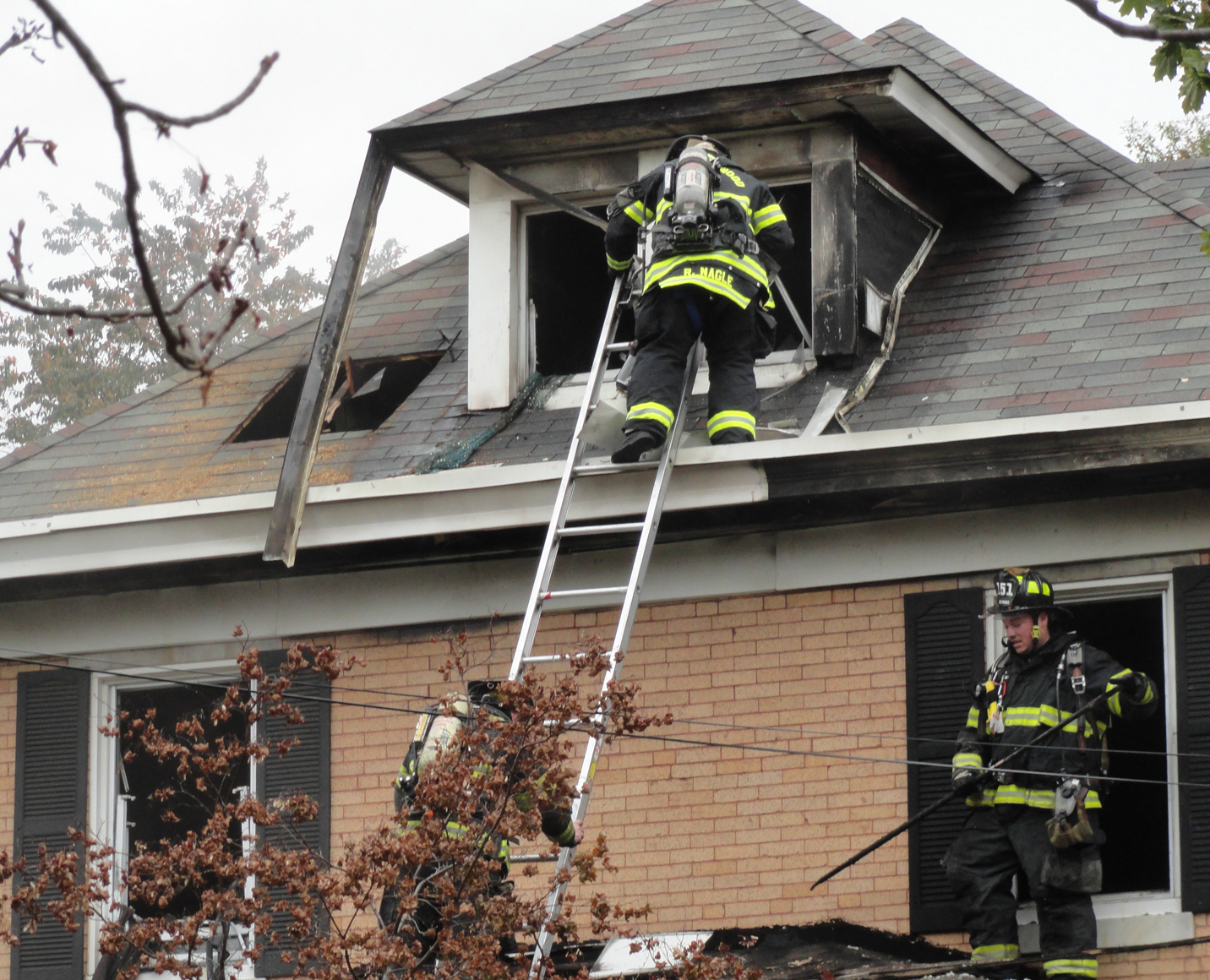 The attic bedroom in the Crestmont Terrace home was badly damaged by the fire. Credit: Matt Skoufalos.

When the three-story home on Crestmont Terrace caught fire Wednesday afternoon, firefighters from eight communities descended on the Collingswood neighborhood and subdued the flames within an hour.

Now, as the family that lived in that house tries to get its bearings in the wake of the devastation, their neighbors are responding in just as rapid force.

The Siebels, their three school-aged children, a grandparent, and the family dog, have been staying with family while the Red Cross works to find them a nearby apartment, said their cousin Kim Raiguel, who operates the All Fired Up pottery studio in Collingswood.

Although offers of support have flooded in, Raiguel said the family, whom she described as “private,” is understandably stunned by the incident.

“It sounds like it’s a complete loss of everything inside [the house],” she said.

The family has lived in Collingswood for a long time, Raiguel said. Jonathan, an artist, recently debuted a children’s book in digital format. It isn’t known whether he lost any of his work in the fire.

However the oldest child in the family, a 14-year-old girl who lived in the attic, likely “won’t be able to salvage anything,” Raiguel said.

“There’s nothing left of her room,” she said.

Donations for the children, who range in age from preschool to high school, are being organized at Garfield Elementary School. An online crowd-funding campaign with a $5,000 goal also has been established.

Local businesses are chipping in, too: Collingswood furniture shop Dig This is offering to donate the entire proceeds of the items on its sidewalk display Thursday in support.

“Right now, monetary donations” are most needed,” Raiguel said. “Gift cards are the best thing so that they can replace clothes.”

Other offers of support for the family may be on the horizon. If you hear of them, please contact NJ Pen at info@njpen.com, and we will update our information.