Trending
You are at:Home»Government»Collingswood»Collingswood to Bond $1.7M for Roberts Pool Repairs

The popular seasonal attraction will be getting a new snack stand and bathrooms, plus environmentally and economically friendly renovations.

Roberts Pool in Collingswood is headed for some much-needed infrastructure improvements in the next two seasons.

On Monday, borough leaders authorized a $1.7-million bond ordinance that will cover the cost of repairs to the gutter system of the main pool, a new snack stand, and removal of seldom-used playground equipment in a low-lying area of the grounds.

About $750,000 will be dedicated to repairing the gutter system of the 50-meter pool, which Collingswood Water Superintendent Tom McCarthy said has been losing “maybe 50,000 gallons a day” during the 100 days a year the pool is open.

“That’s just our cost running the pumps,” McCarthy said, “plus, you have to use a lot more chemicals because you’re flushing it out every day.”

When similar rehabilitations were made to the diving pool at the facility, McCarthy said that water loss “went down to zero.”

“It’s just old,” the superintendent said. “It was built in 1970. The galvanized lines leak, the gutters leak, and we patch them all the time.”

McCarthy said that renovations to the pool gutters are expected to take around six months or so. That project will begin after the 2015 pool season concludes. 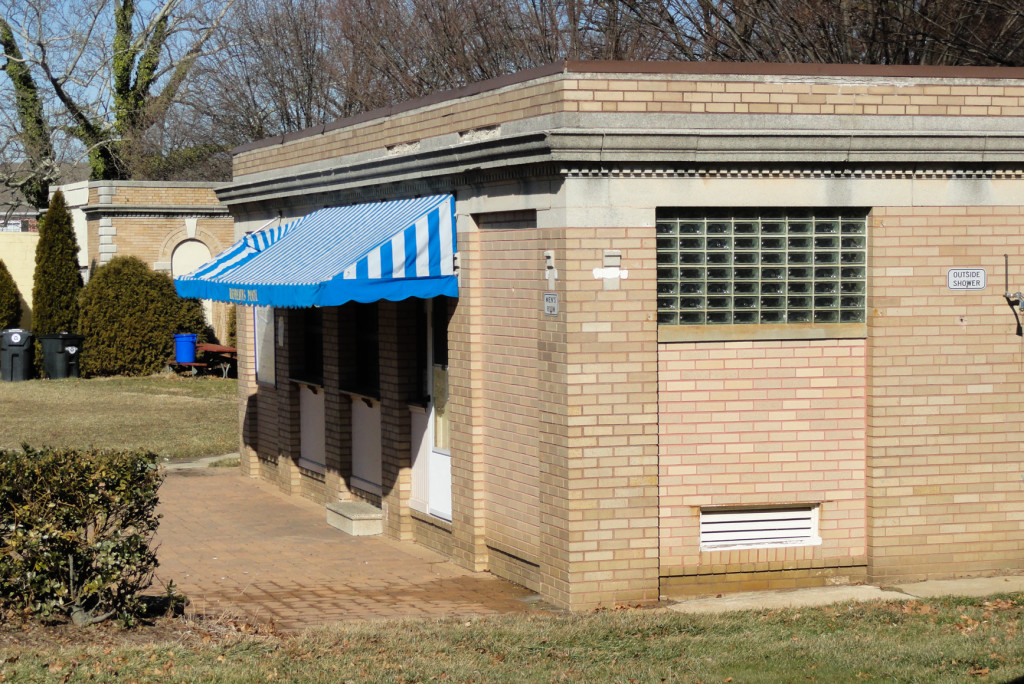 The more visible renovation that should be completed prior to the opening of Roberts Pool this summer is the replacement of the existing concession stand and bathrooms “with a new, modern building,” Collingswood Mayor James Maley said.

At the February meeting of the Collingswood borough commissioners, Maley joked that the replacement buildings would feature “bathrooms that people may actually feel safe walking into” and “a new snack facility [in which]people may be able to bend at the waist when working.”

Maley told NJ Pen that the replacement building would likely be a modular unit, and that borough officials are looking at different swim clubs in the area for design concepts.

McCarthy said that the new structure would offer more convenience for pool guests as well as the staff who work at the concession area.

“I don’t know how old those bathrooms are,” he said; “probably 80 years old or so. It’s just going to be a lot nicer.” 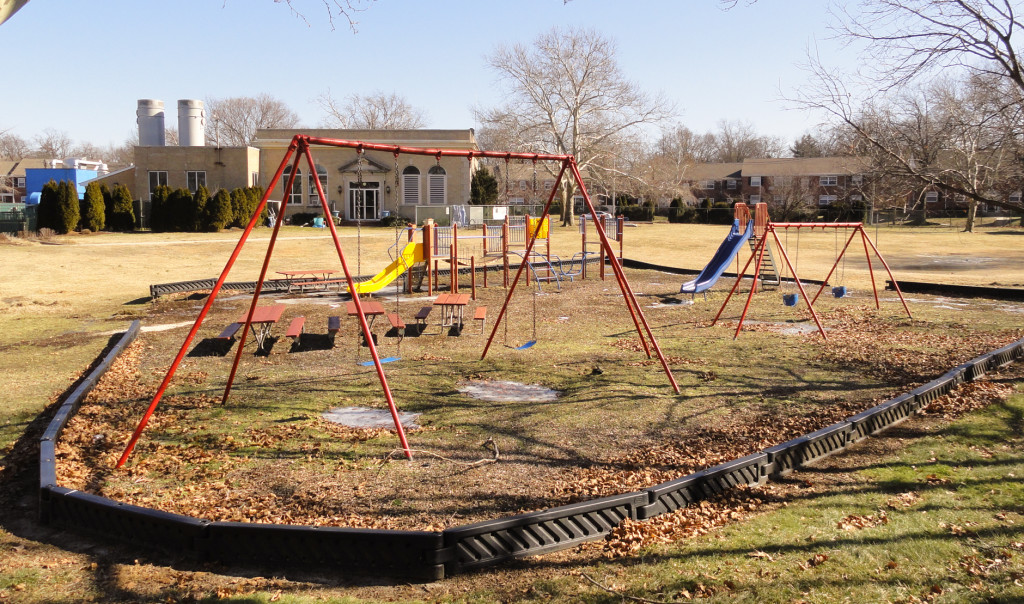 As far as the situation of the playground equipment at the pool, McCarthy said that “there’s not a whole lot we can do” to re-grade the area, which is located “at the bottom of the bowl there at Maple Avenue.

“It’s probably a 50-foot drop there,” McCarthy said. “It would be a major undertaking.”

Borough officials “may come up with another idea at some point” for the equipment, “but it doesn’t get much use,” he said.

The tax implications for borough residents are not yet defined, Maley said, but he did offer a ballpark figure of $30-40 per household over the 20-year life of a bond, some of which could be offset by an increase in the cost of seasonal pool tags.

McCarthy said that he believed any price hike would be “negligible.

“We’re so cheap compared to the private pools,” he said; “we’re probably less than half of what the others charge.”