With the help of the Audubon, Mt. Ephraim, and Oaklyn Fire Departments, Audubon Police, and Mt. Ephraim EMS, Betsy Scotto sends her upperclassmen into prom weekend with a high-impact message. 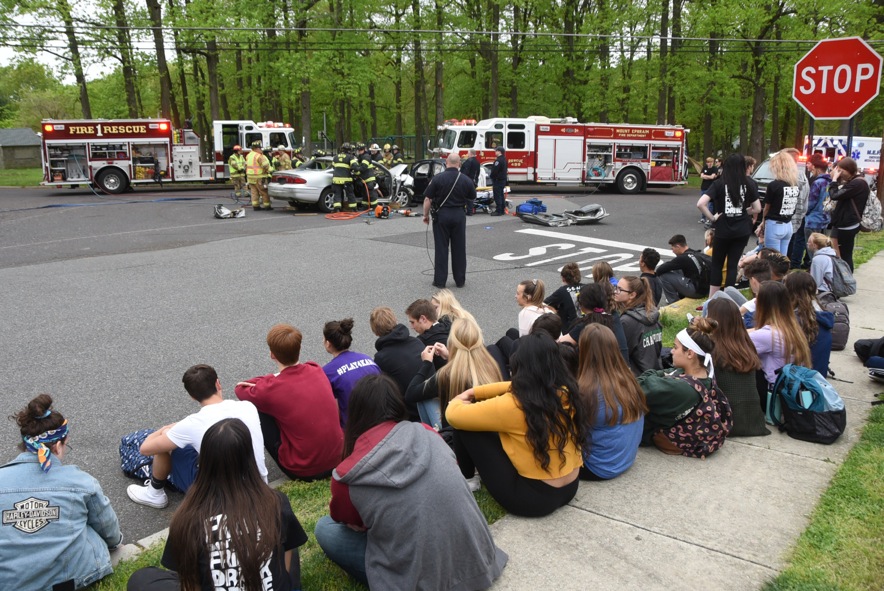 Somewhere between a motto and a blessing, Scotto describes it as “a seed of safety” she’s planting in their minds.

She hopes it will take root and flourish for those times she’s not around to watch out for them—like this weekend, when many of those students will head out to their prom.

“They’re kids; they’re not invincible,” Scotto said. “It doesn’t matter who you are, one bad decision can change your life in an instant.”

To drive the point home, every other year, for the past six years, Scotto has led students in a live-action safety drill that would show them how it looks when things go terribly wrong.

Together with first responders from Audubon, Mt. Ephraim, and Oaklyn, she’s hosted a mock crash that illustrates the consequences of how errors in judgment are magnified by people behind the wheel and under the influence.

With the help of Elmer’s Auto Body of Haddon Township, Audubon police delivered a pair of pre-crashed cars to the area of Walnut Street and Hampshire Avenue Wednesday. Student actors performed a three-minute skit simulating a collision and narrated by Mt. Ephraim Fire Chief Brian Gilmore. 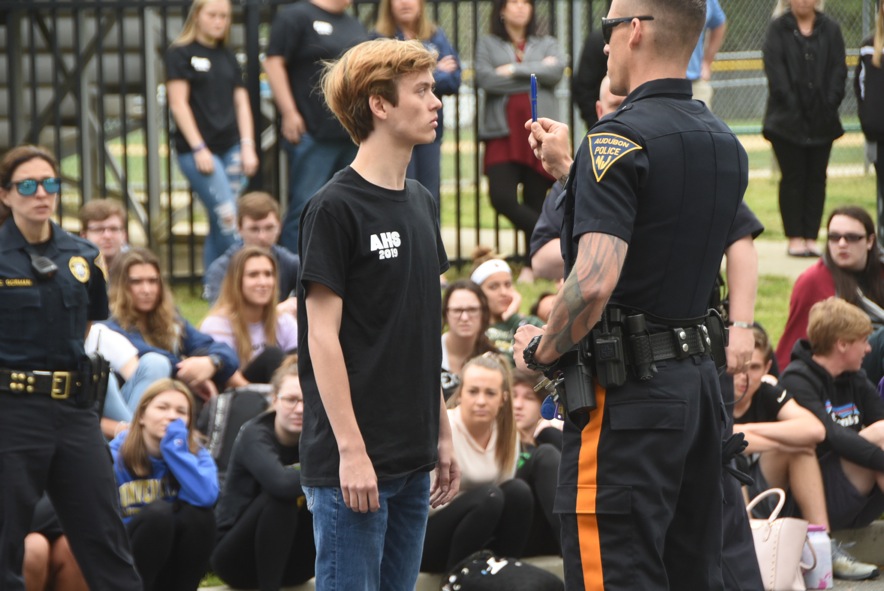 Then first responders rolled through the scene as a live drill.

They assessed the students, covered one who was meant to be dead at the scene in a sheet, and then used the jaws of life to cut a mannequin out of the passenger seat of one of the cars.

Another student who was meant to have been injured in the crash was removed by MEPRI EMS, and the driver was arrested at the scene.

Gilmore said he hopes to illustrate for the students that the incident could have been the byproduct of anything from substance use to distracted driving, and the outcome would be the same.

“I try to hit home as the rescuers are doing it that this could have been avoided,” he said. “This is one of your friends dead on the street now. She can’t attend graduation, can’t attend championship games, can’t start a family.” 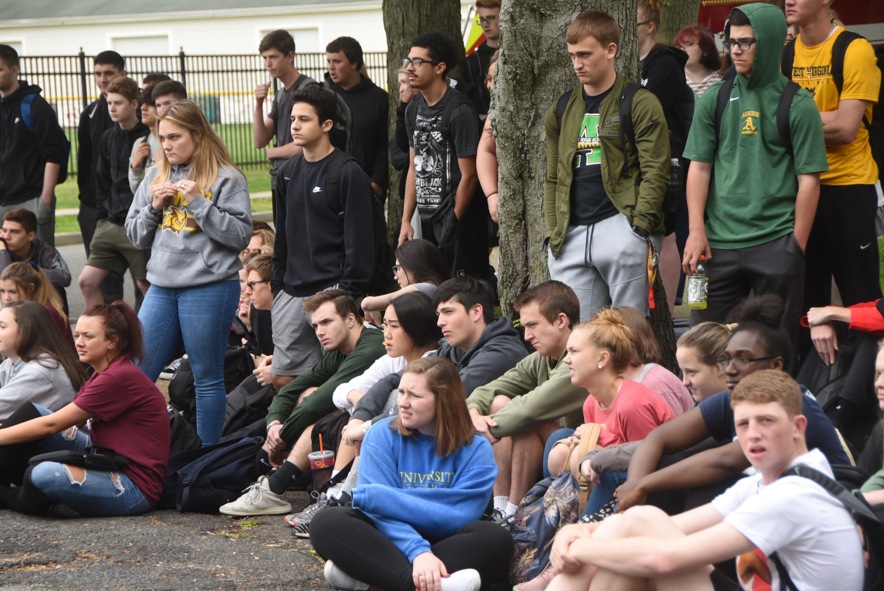 Gilmore, a Mt. Ephraim lifer and Audubon High School alumnus, said he also reminds students that their parents would always rather take an early morning phone call from their kids asking for a ride home than a visit from a police officer delivering bad news.

“I even tell the young guys in the firehouse, ‘If you need anything, call me,’” Gilmore said.

“I would rather pick you up from someplace than have to attend your funeral.”

The chief also noted that the members of the volunteer companies involved in the event all donated their time or missed work to participate in it.

“It feels good to help and get out there and interact to make sure they understand we’re doing it for their benefit,” Gilmore said. “Luckily, we have not had any incidents involving the Audubon prom.” 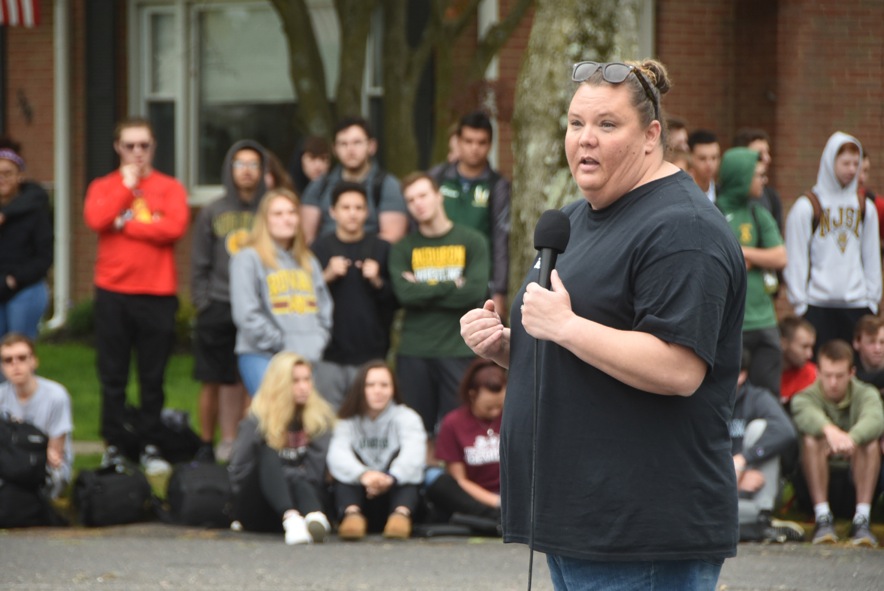 For Scotto, who lost a childhood friend in a car crash involving a driver under the influence, it’s a reminder to her students that the school staff, their neighbors, and the community at large cares for their welfare.

She sends the message home with posters created from photos of the exercise and tee shirts illustrating its takeaways.

“My goal is not to upset anybody, it’s to remind them,” Scotto said.

“I hope that they take my seed of safety, but I can’t guarantee it,” she said. “I constantly remind them to make good decisions, and that any decision they make can change their lives in an instant.”