Public Works Superintendents in both towns say regular service is expected to be restored today after mains broke on Cuthbert and Kendall Boulevards. 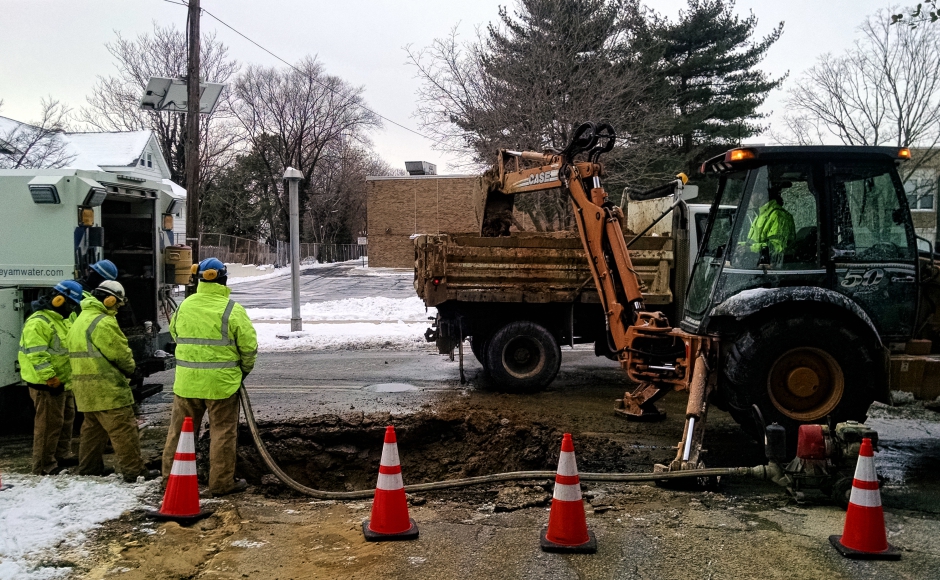 Amid the most significant snowfall of the early year, a pair of water main breaks in neighboring Haddon Township and Oaklyn sent work crews into action and extended repairs early into Monday morning.

In Oaklyn, a water main break that Oaklyn Public Works Director Rick Hawco said was probably caused by the effects of the cold on an aging pipe shut down the borough school due to a lack of service.

First reported by Oaklyn police in the early hours of Monday morning, Hawco said water had stopped flowing on Kendall Boulevard between 5 and 6 a.m.

Oaklyn Public Works salted the area afterwards to mitigate freezing, and by 10 a.m., repair crews from New Jersey American Water, which owns the Oaklyn water system, had started digging up the pavement.

Hawco said he expected the repairs to be effected by early Monday afternoon. Any residents experiencing discolored water after service resumes should let it run until clear. 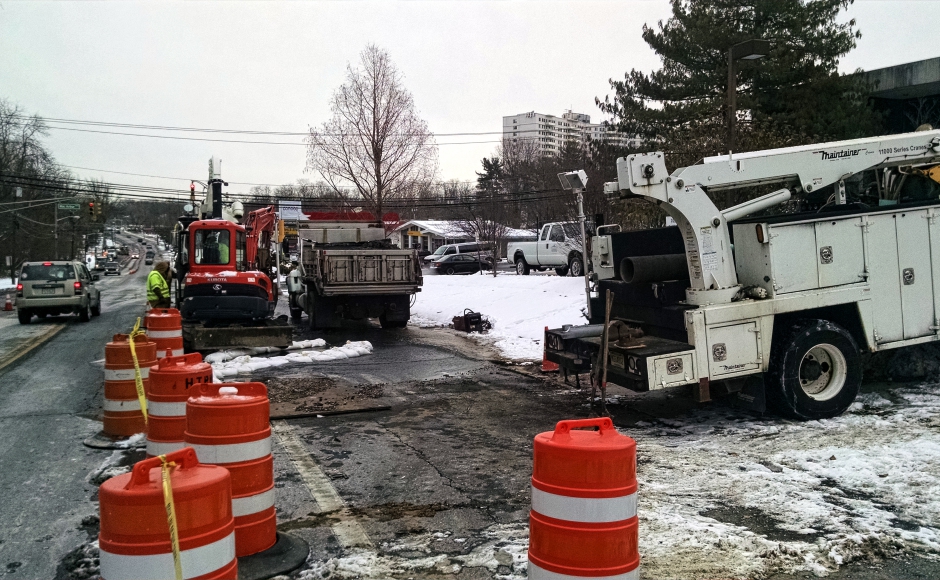 In Haddon Township, where a line break on Cuthbert Boulevard has been flowing since Friday, Water and Sewer Superintendent Jim Stevenson said the problem took a while to diagnose, mostly because the source of the leak was buried underneath 10 inches of concrete.

Once it was unearthed, further complications arose because the pipe had an unusual outside diameter, and required the rush fabrication of a special fitting.

A special sleeve was rush-ordered from Smith-Blair in Arkansas, and arrived in Philadelphia at 10 p.m. Sunday.

“This is just weird,” Stevenson said. “Even American Water had nothing for it.”

In addition to the uncommon diameter, Stevenson said four bolts had rusted away across a five-foot area of the pipe, requiring a more comprehensive repair. 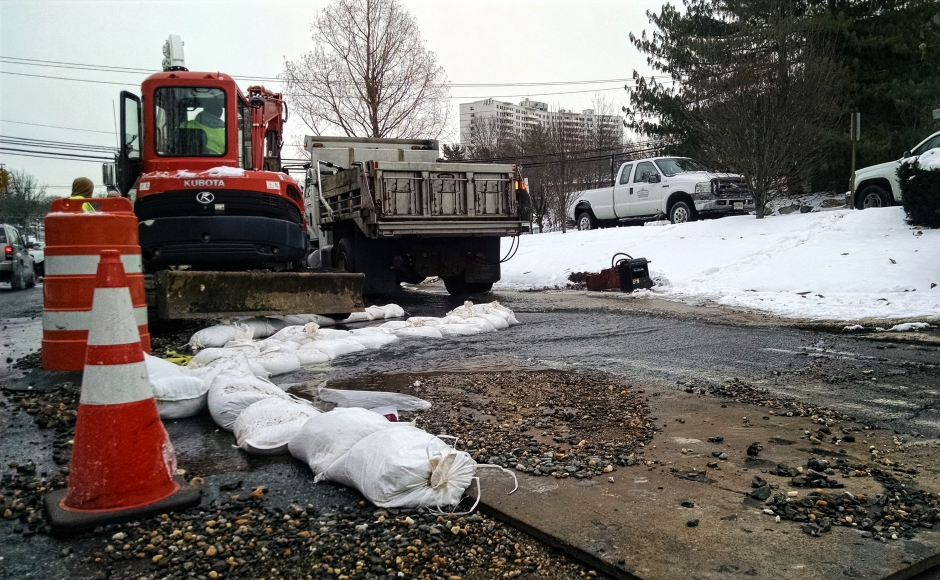 “If it was one saddle, we would have kicked it off and shut the repair clamp on it,” Stevenson said.

“We’re going to cut out a 10-foot section, install a 10-inch valve so we have better control, put in a piece of ductile, and then re-tap those existing one-inch services.”

The damage was mitigated somewhat by the department maintaining positive water pressure within the system, preventing any backflow of contaminants, Stevenson said.

Although that meant water has continued flowing from the break since Friday, the volume that was lost was “in the same ballpark” of a hydrant flush, he said.

“The valves are just failing on those pipes,” Stevenson said. “The 10-inch valve will give us a lot more control.”

Stevenson said the failure most affected service to the Wells Fargo Insurance Services building at the corner of Cuthbert and MacArthur Boulevards, but that other customers could have experienced low water pressure as a result. He said service should be fully resumed by Monday afternoon.