Trending
You are at:Home»Business»Brisk Economic Outlook for Camden City, County in 2017, but Statewide Picture Blurrier

Led by $2.5-billion investment in Camden City, unemployment in Camden County is below 5 percent. But statewide, economic recovery lags the national and regional average amid tax cuts for the wealthy. 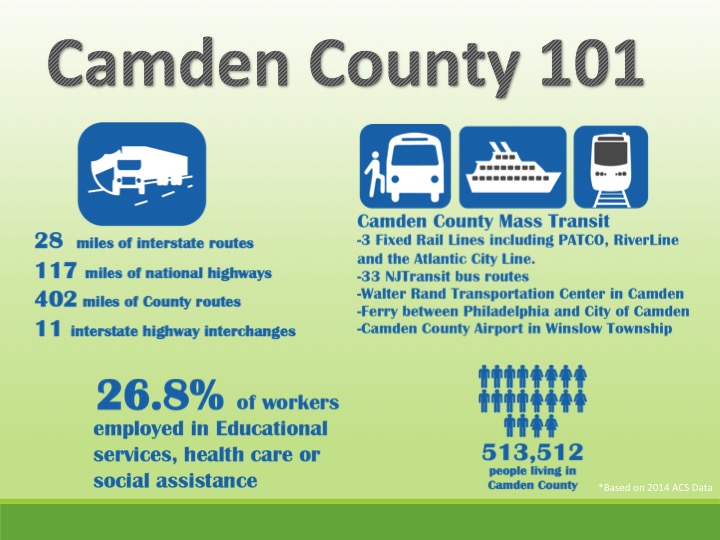 The economic outlook for Camden County seems bright for 2017, led by a surge of financial investment in Camden City that local leaders hope will continue to spur residential development and the addition of jobs.

Yet despite an unemployment rate that has been halved in the last five years, New Jersey’s recovery continues to lag behind those of its immediate neighbors and most of the national average.

Whichever of those trends will take hold in the region in the coming 12 months remains to be seen.

At an address to the Camden County Chamber of Commerce last week, Camden County Freeholder-Director Louis Cappelli outlined a number of the projects scheduled to come online in Camden City in the early part of the year, including the $320-million Holtec International campus and the $63-million Rutgers University nursing building.

Projects like those underscored how the city accounted for $2.5 billion of the $3 billion in private investment that Cappelli said Camden County has enjoyed in the past year—dollars that he expects will translate into sustained jobs growth. 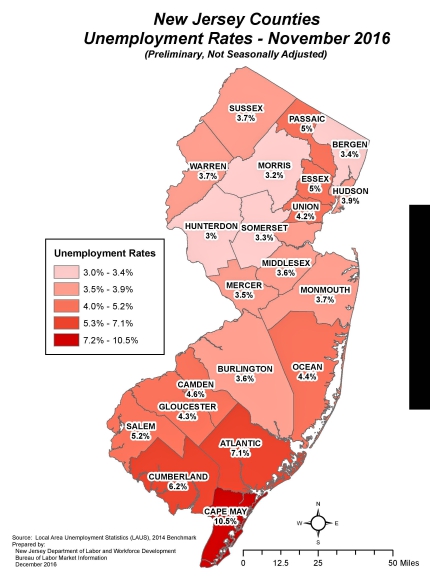 Cappelli pointed to the New Jersey unemployment rate, which fell from a 2012 average of 9.3 percent to about 5 percent in 2016, as an indicator of the health of the region.

(In Camden County, those numbers shake out to 10.6 percent in 2012 and 4.6 percent as of November 2016, according to statistics from the New Jersey Department of Labor and Workforce Development.)

Amid strengthened demand for office space in Camden City, Cappelli said employers who are relocating there—often to secure the benefits of tax incentives from the state Economic Development Authority—are bringing “a wide variety of opportunity” with them, from white- to blue-collar employment.

The freeholder-director hopes it will be enough to drive residential investment, including developments “away from the waterfront” neighborhoods, and said “more major announcements coming out of the city” could be expected in the months to come.

Those include market-rate housing projects from M&M Development of Newark on Cooper Street and in the Lanning Square and Cooper Grant neighborhoods.

But Camden City still struggles with the effects of the black-market economy that persists in the city, including a drug trade that Cappelli said was responsible for the bulk of the violent crime in the region.

“We arrest major drug dealers, and a turf battle ensues,” he said. “Ninety percent of the murders are drug hits and assassinations.

“The biggest way to fight crime is to lift people out of poverty,” Cappelli said. “We have to create jobs for young people in the city. I think that’s about to come. Once folks start working in the city, they’re going to look to live in the city and have the neighborhood businesses to patronize.” 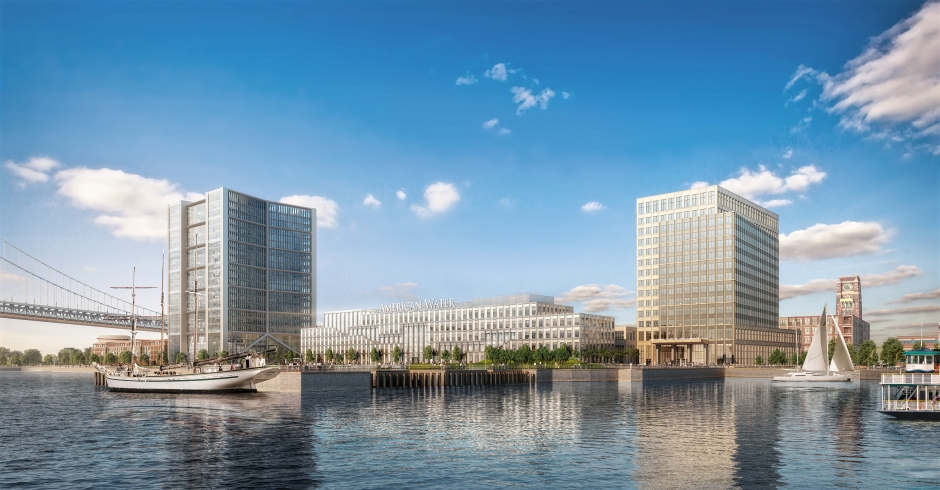 One of the biggest projects in the city is the $1 billion-dollar Liberty Property Trust waterfront redevelopment, which will include the new headquarters of American Water, 2.5 acres of public park, a 180-room Hilton Garden Inn from Ensemble Real Estate Solutions of Phoenix, Arizona, and a 188-unit residential building from the Marlton-based Michaels Organization.

A revised rendering by architect Robert A.M. Stern, who completed the master plan for the waterfront, was revealed at the end of 2016.

When figuring in the costs of soil remediation issues and building structured parking, “these are the most expensive buildings in the greater Philadelphia region,” said Liberty Property Trust Senior Vice President John Gattuso.

“You have the worst of both worlds,” Gattuso said. “You want to build a high-end product, but there’s still a lot more parking than you would see in Philadelphia, where parking is typically not provided.

“This is all about trying to create a coherent piece of grid that can be built on and built out from, and start to reconstitute the fibers of the city,” he said. “Acres and acres of parking lots is not a vibrant solution for a city.”

While continuing that infrastructure work upon which the development will be built, Liberty Property Trust has signed an official document of community benefits for the city, and Gattuso said the company is establishing an oversight committee to track the progress of each of the following initiatives: 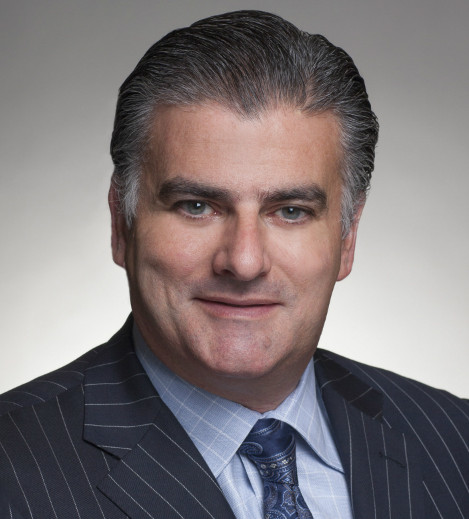 “It’s a menu, a blueprint for what we’re going to be doing with the city of Camden to try to push the most economic benefit as humanly possible to the broadest constituency,” Gattuso said.

“This is not going to solve every challenge that Camden has,” he said.

“We’ve tried to come up with a set of things that we think are very accomplishable.”

Gattuso emphasized that the Liberty Property Trust project is intended to create “momentum that can be built on.

“It’s only through extended projects over a period of time that you can change the demeanor and economic outlook of any community,” he said.

“Getting to this point is a big accomplishment. We’re just a year out of regulatory overlays that were there. Now we start to move forward and get some buildings built.”

Beyond the borders of Camden City, retail and office space in Cherry Hill continues to draw heavy investment, Cappelli said, while boroughs like Bellmawr and townships like Pennsauken are thriving on the strengths of their industrial parks.

The challenge for the upcoming year is working to bring that interest to “mature areas” of the Black and White Horse Pikes, Cappelli said, citing pushes to redevelop parcels in Stratford and Berlin, and the success that Somerdale has enjoyed building around the Cooper Towne Center and Lion’s Head Plaza as examples. 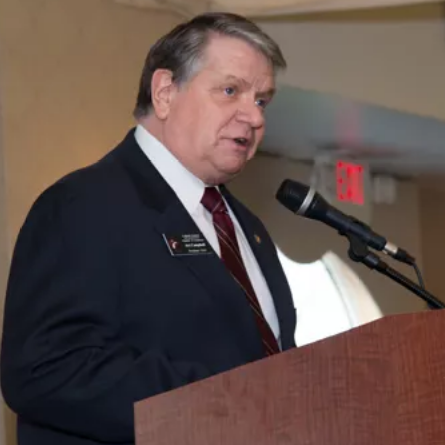 Looking for net gains amid the reshuffle

Art Campbell, CEO of the Camden County Regional Chamber of Commerce, said that the current pace of development in the county is the most brisk it’s ever been in the 21 years he’s held his post.

“We probably do a ribbon-cutting a month for a medical facility,” Campbell said.

Campbell said the bulk of the growth is in small businesses: 54 percent of those in the county have five or fewer employees; only 2 percent employ more than 100 people, and most new companies have 50 people or less working for them.

In that market, he said, the chamber becomes a valuable ally because of its strength in organizing and networking among members.

Campbell agreed with Cappelli’s assessment of the value of integrating trade schooling and apprenticeships through the Camden County College and technical school to create a pathway to employment at places like Holtec.

But although the investment in Camden City has led to a rapidly broadening economic base, Campbell said he can’t overlook the demand for broader net job growth throughout the region instead of watching employers swap zip codes.

“Every time a new mixed-use development goes up, you’re at risk of seeing local business go down,” Campbell said. “We need to focus on net growth, not traded jobs from community to community. Moving a company from Point A to Point B may sound good, but if there’s no new jobs created, it’s a zero-sum game.” 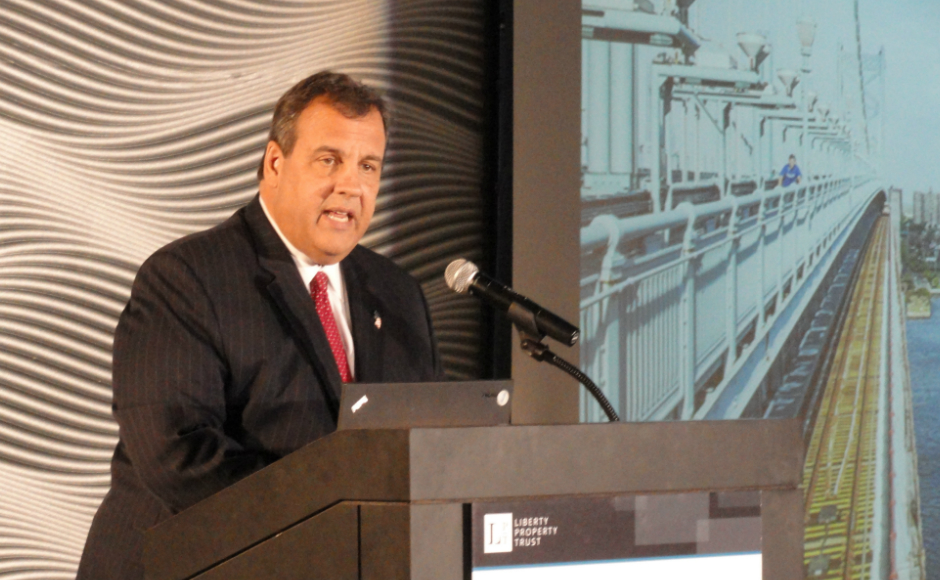 The stakes of that game become even more significant when the broader growth trends for the statewide economy are brought into focus.

According to the 2016 “State of the Stats” report from the Trenton-based New Jersey Policy Perspective, “New Jersey is recovering from the depths of the recession at a much slower pace than [that of]neighboring states and the rest of the country… shrinking the middle-class and leaving far too many low- and moderate-income New Jerseyans behind… [and]failing to invest in the assets proven to grow the economy and create broadly shared prosperity.”

The report shows that job gains in New Jersey have been seventh-slowest nationwide since December 2007, having contracted by 0.04 percent, while the greater Northeast region has added 3.8 percent more jobs since that time, and the national average is up 4.9 percent.

Although New Jersey has regained 99 percent of its share of the jobs lost in that time, it’s still at an 1,800-job deficit, while New York is up 320 percent since then, Pennsylvania is up 134 percent, and the national average is up 178 percent. 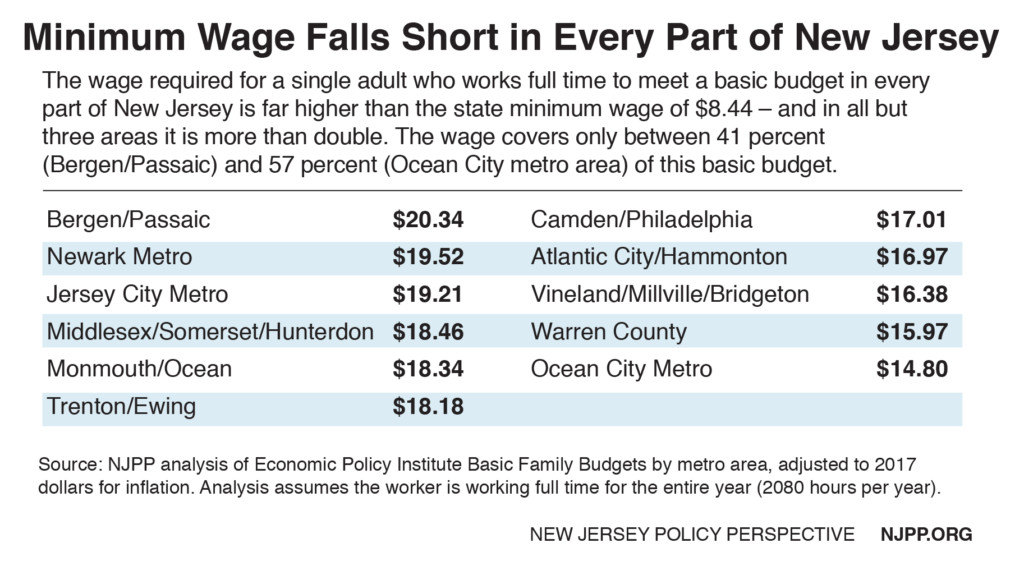 At 18th of 50, New Jersey’s unemployment rate still ranks among the upper third of U.S. states, a fact compounded by its boasting the seventh-highest level of income inequality in the nation, the report notes. From 2009 to 2015, median household income in New Jersey has fallen $3,281 when adjusted for inflation, while 76 percent of the total income gained from 2010-2013 went to the top 25 percent of households. The top 5 percent of New Jersey households average incomes nearly 16 times greater than the 20 percent. 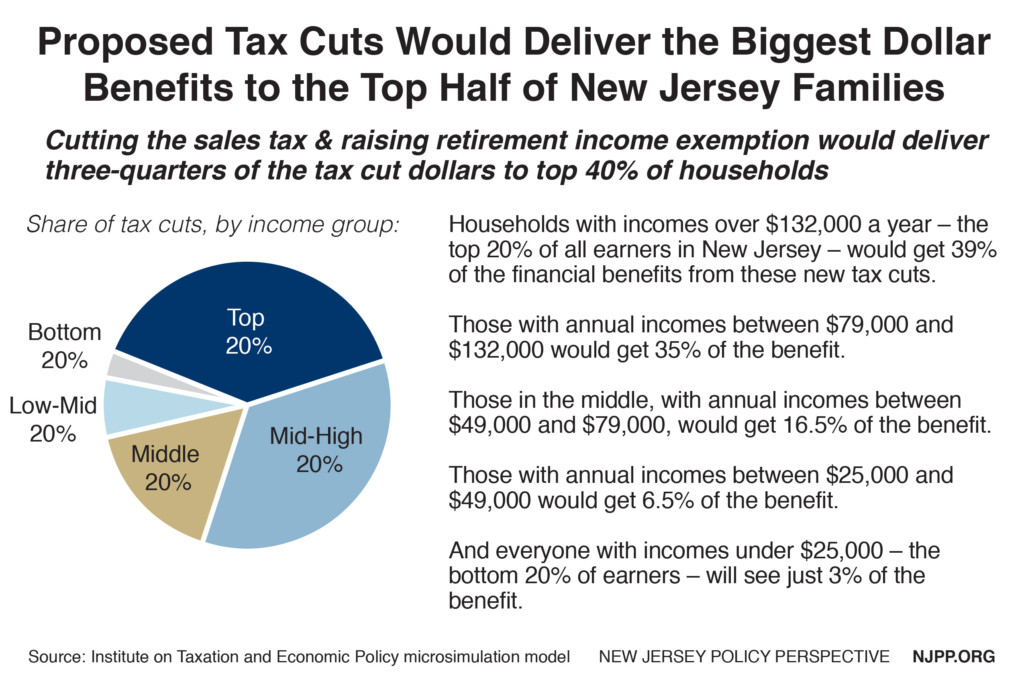 New Jersey also ranks first in the nation in foreclosure rate, with one in every 597 housing units statewide in foreclosure versus a national rate of 1 in every 1,526. Forty percent of homeowners spend more than one-third of their income paying for housing (third-highest nationwide), and more than half spend even more than that (fourth in the country).

The report also notes that 975,000 workers would have seen wage gains had the five-year plan to raise the hourly minimum wage to $15 not been vetoed by Gov. Chris Christie. Instead, only 99,000 workers will see a paltry, 6¢-per-hour pay increase in 2017, to $8.44-per-hour, due only to inflationary increases. The group notes that’s a huge shortfall from the estimated $15 to $20 per hour it estimates is necessary “for a full-time single adult worker to make ends meet.”

Instead, since 2010, households with annual incomes of more than $1 million have enjoyed $4.2 billion in tax cuts, business have enjoyed $3 billion in tax cuts, and only 5 percent of heirs pay the estate tax, which translates into an average annual savings of $140,000 for those individuals. NJ Policy Perspective estimates that eliminating the estate tax will cost the state $2 billion over the next five years.