The landmark Camden eatery will be replaced by a Family Dollar. 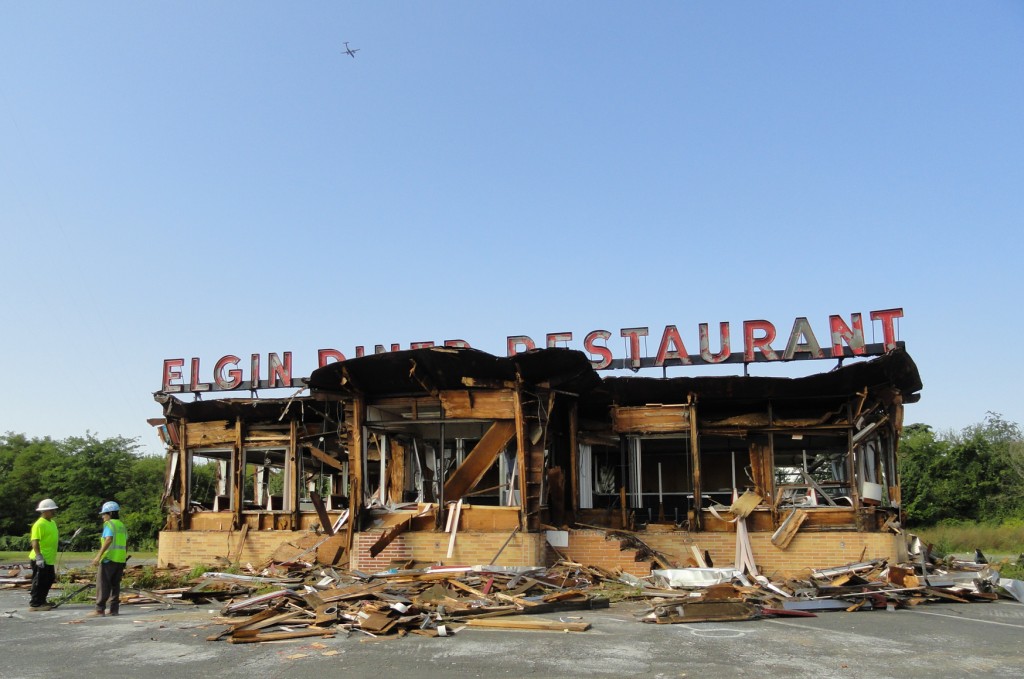 The Elgin Diner in Camden will be demolished to make way for a Family Dollar. Credit: Matt Skoufalos.

Demolition began this week on the Elgin Diner in Camden City.

The local eatery had ceased operations twice before shuttering for good in 2012, according to Kevin Riordan of the Philadelphia Inquirer.

It will unfortunately be remembered more fondly for its historic structure than its commercial viability.

To Americana enthusiasts like Retro Roadmap, which identifies the Elgin as “a wonderfully preserved 1958 Kullman diner named after a watch,” the vintage look of the Elgin was the larger part of its charm.

Kullman was a Newark, NJ-based railroad car company that manufactured prefabricated “modular construction” items, and operated from 1927 to 2007.

Much of its trademark stainless steel was heaped in piles that were being swept by a backhoe Thursday morning, as workers disassembled other pieces by hand.

“It’s a nice location,” said Peter Abdallah of KW Commercial Realty, who confirmed the Elgin will yield to a Family Dollar store.

“I guess the area was not good for it.”

Mt. Ephraim Avenue does appear to be amenable to Family Dollar locations; another stands a short distance away on the other side of street. 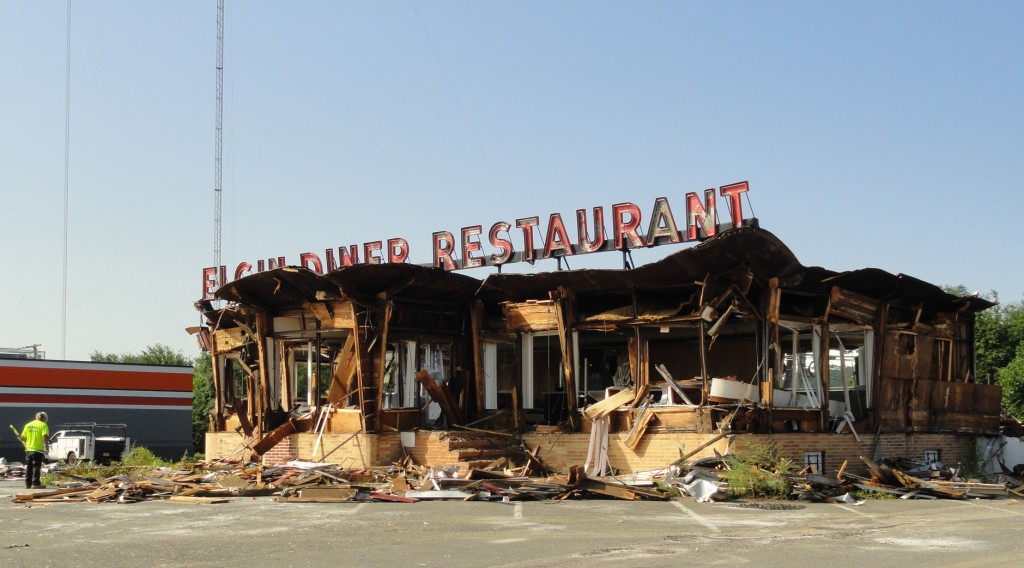 The Elgin Diner in Camden was a well-remembered example of a 1958 Kullman Company stainless steel diner. Credit: Matt Skoufalos. 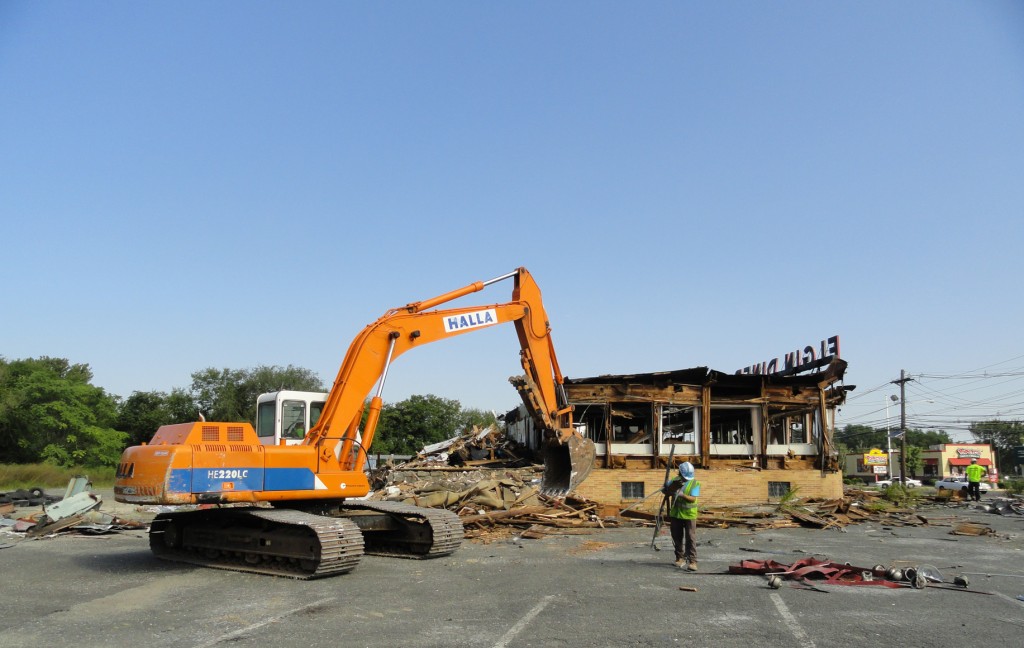 A backhoe sifts through pieces of the antique Elgin Diner in Camden City. Credit: Matt Skoufalos.