Trending
You are at:Home»Sports»‘Johnny Hockey’ Comes Home to Jersey Retirement at Gloucester Catholic

Carney’s Point native Johnny Gaudreau was received with a hero’s welcome at his alma mater on the eve of a matchup between his Calgary Flames and the Philadelphia Flyers. 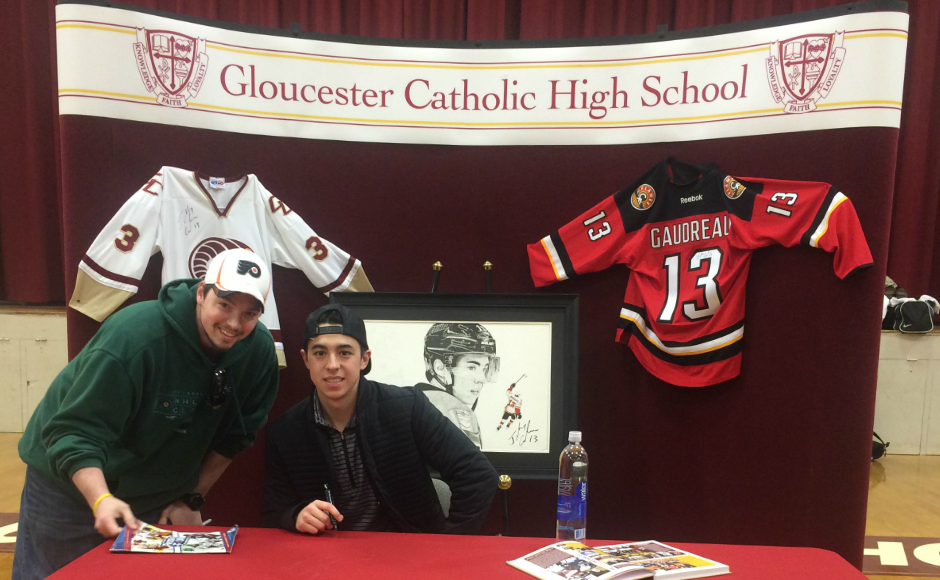 The legend of “Johnny Hockey,” the kid from Carney’s Point who skated his way into a starring role at Boston College and a tremendous rookie season with the Calgary Flames, began right at Gloucester Catholic High School.

On Monday, the former GCHS Ram returned to his old stomping grounds to see his #3 jersey retired in advance of a Tuesday night matchup against the Philadelphia Flyers.

In front of a school-wide pep rally, Gaudreau’s nearest and dearest reviewed the highlights of a career already marked by a tradition of winning.

It all started at Gloucester Catholic, where Gaudreau took the Rams to the Non-Public State Finals before leaving to play in the United States all-junior Hockey League (USHL). There he won the Clark Cup with the Dubuque Fighting Saints and was named the 2010-11 USHL rookie of the year. 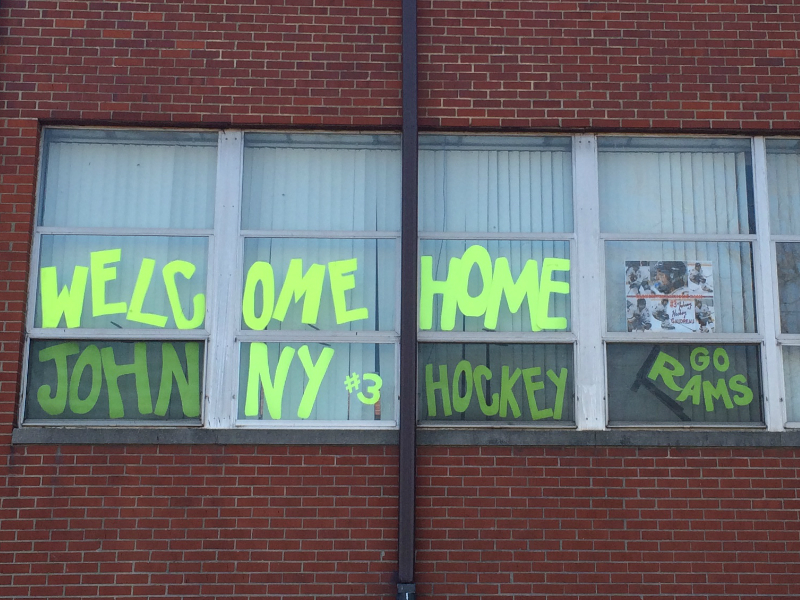 Gaudreau was then drafted by the Calgary Flames in the fourth round of the 2011 NHL entry draft, and joined Boston College.

There he played three seasons, reaching the NCAA Men’s Frozen Four all three years and winning the national title as a freshman.

In 2013, Gaudreau helped Team USA defeat Sweden in the gold medal game of the World Junior Championship (where he played alongside Flyers prospect Shayne Gostisbehere).

Finally in 2014, Gaudreau capped the accolades of his youth with an 80-point season and a Hobey Baker Award, given to the nation’s top collegiate hockey player.

Later that year, he entered the NHL and has made a strong candidacy for the Calder Trophy (rookie of the year award): in 60 games with Calgary, “Johnny Hockey” has tallied 15 goals and 44 points, including his first goal on his first shot in the league. 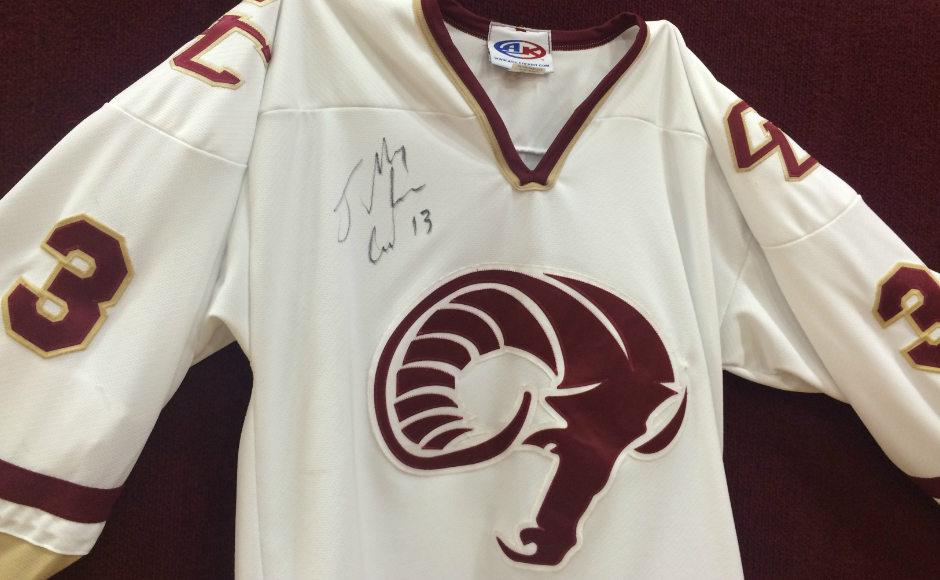 In January, he was selected to participate in the NHL All-Star Skills Competition, and then was added to the All-Star roster as a replacement for Pittsburgh Penguins captain Sidney Crosby, who bowed out with an injury.

Now with only about six weeks left in the season, Gaudreau is looking to help the Flames make the playoffs for the first time in six years.

“I give all of the credit to [my parents],” Gaudreau told the crowd at GCHS. “They gave me a great atmosphere, growing up in [Carney’s Point].

“I am really fortunate to have had a great childhood and great siblings.

When asked about his incredible calendar year, Gaudreau emphasized the need to remain humble.

“You can’t get a big head just because you are getting all of these accolades,” he said.

“All of these things come back to playing at Gloucester Catholic. To be able to come back and talk to the school and to be part of something like this is the kind of thing I like the most about playing hockey.”

Josh Kaz writes about the Flyers on DropthePuck.