The farm at 1844 Winslow Road has been in the Neil family since 1943, when Margie Neil’s grandparents, Harry and Helen, cleared it with a plow.

Her father, Floyd, operated it as a commercial farm, growing squash and potatoes to supplement the mowing and hay baling work he performed for other farmers in the area.

When Margie and her husband Gary took over the property in 2006, they named it FAR Wind, after Floyd’s initials. They also spent thousands converting it to a free-range chicken farm, following organic practices, and rebuilding a homestead that had fallen into disrepair. But beyond preserving her family heritage, Margie Neil said its revival as active farmland is the best way to feed her family.

“I am a cancer patient,” she said. “I’m a firm believer that food is medicine. We are a product of our environment.”

Last summer, it was environmental forces that also waylaid the fledgling egg production business the Neils had been building on their Williamstown acreage. Straight-line storms that ripped through the region on June 23 decimated two of the Neils’ coops, killing off 450 production hens the family had been rearing for eight months December. Immature hens who were not killed in the storm molted three months early, and the group of mature, production hens started laying a month late, the family said.

Compounding their woes, an avian flu epidemic meant that the commercial hatcheries from which they would have bought replacement hens had nothing to sell. The farm was uninsured for the property damage and the birds, most of which were butchered for meat.

Between the lost production and ruined infrastructure, the Neils estimate their losses at several thousands of dollars.

“It shut our stand down,” Margie Neil said. “We didn’t have anything here on the farm.” 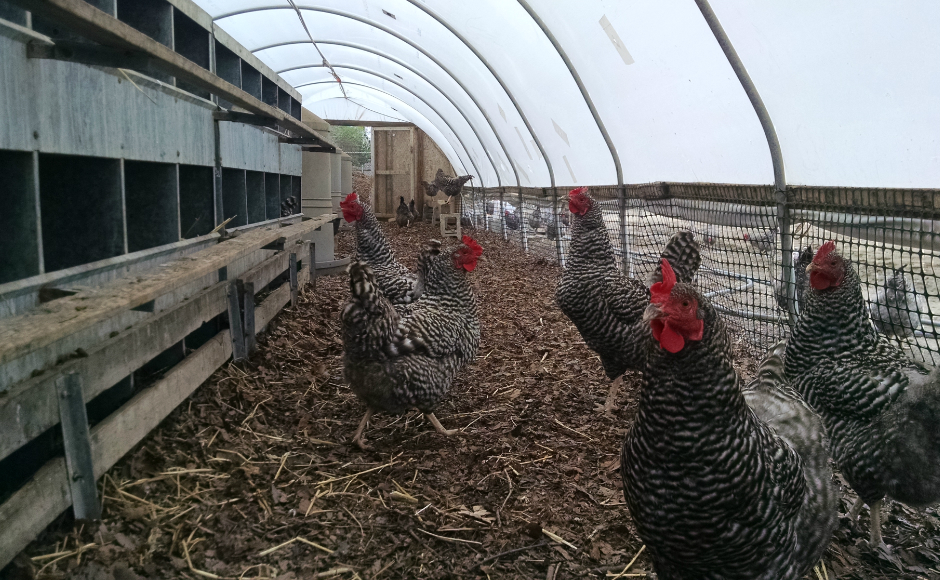 The damages also forced Far Wind Farms to pull out of the popular Collingswood Farmers Market mid-season; the Neils said the borough government also later revoked its permission to sell their products occasionally during the winter months in the municipal lot.

Feeling stung by the arrangement—and without a location to sell their eggs out of season—the Neils pulled out of the market for 2016, and now are struggling to replace the revenues that market would normally bring.

“We have a six-month market, and farmers have a 12-month product,” he said. “Egg farmers don’t turn off the eggs when the market is down. I have no venue to offer them after the market closes in November.”

Hodges described the relationship with Far Wind Farms as having been “a very painful exchange” since the storm hit, and expressed that the market has no conflict with the farm or its products.

“The market’s attitude towards Far Wind has always been supportive,” he said. “The borough has an issue of Far Wind selling eggs from their truck in the parking lot in front of the police station in the hours that have nothing to do with the farmers market.

“They have a wonderful product.” Hodges said. “They have loyal customers. If there was a way the market could offer them a 12-month opportunity, we would. We’re only open when we’re open.”

As a small-batch farm, Far Wind is hamstrung by certain legal restrictions that forbid selling its product to anyone but its end-users. Although the Plymouth Barred Rock hens in which they’ve since invested were laying small-to-large eggs by mid-January, without a winter market in which to sell them, Margie Neil estimates that she’s donated 150 dozen eggs or fed them to the hogs since Easter. 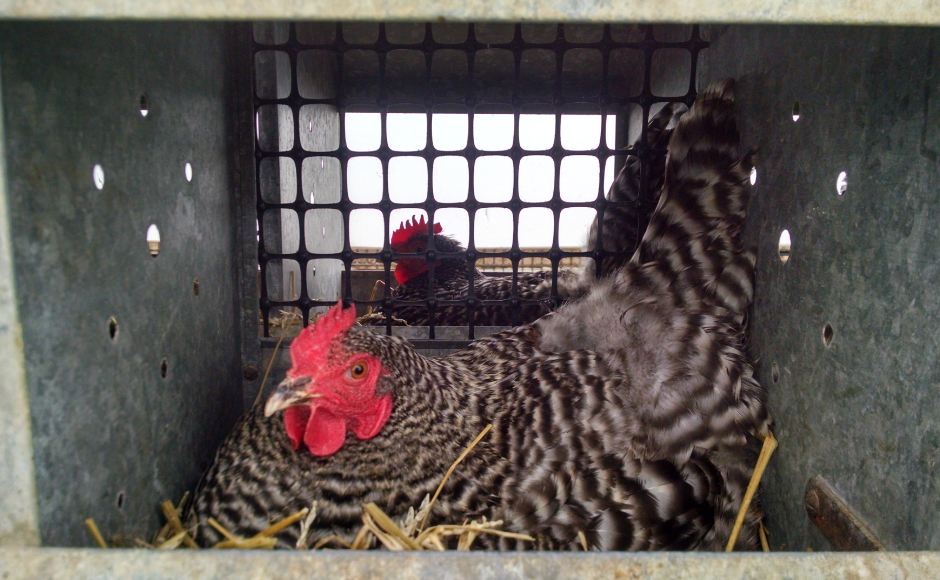 “You’re not going to put your eggs at ShopRite,” she said. “You’re only allowed to put them on a farm. If you can get shelf rental or a kiosk situation, you can put your eggs in a market, but most shop owners don’t want to really be bothered.”

Egg producers who manage flocks of 3,000 birds or less are exempt from USDA inspections, a $60-per-hour service that’s prohibitively expensive for farmers trying to keep their eggs at $4.50 a dozen ($4 for those who bring their own cartons).

Far Wind Farm is forbidden by law from selling its eggs to restaurateurs, food markets, or other third-party purchasers. Ramping up production to hit a larger yield is less of an option, Margie Neil said, because “if you’re producing enough eggs to be part of the inspection, you’re not producing the egg that people are looking for.

“Lets say we double our production,” she said. “Our fields would be mud. There wouldn’t be any grass for the chickens to be on. That takes away from our vision for what we’re trying to do here.

“The problem with production eggs is the producers have no choice,” she said. “How do you feed the people if you don’t produce the eggs? You would have to have a million acres of grass to house 100,00, 200,000 [free-range] chickens.”

Far Wind even experimented with a local delivery service for its eggs, but in factoring the cost of a commercial vehicle, employees’ salaries, and insurance, the price of a dozen eggs would no longer be competitive. For now, the Neils are working to rebuild their business with shorter-term arrangements.

“We need someone to support whatever our summer market is, which is unknown at this point,” Margie Neil said.

On alternating Saturdays starting April 30, Far Wind is retailing its eggs from 12 noon to 3 p.m. at Flying Fish Brewing Company (900 Kennedy Blvd, Somerdale). Far Wind is also in talks with Collingswood bakery Dulce to have a weekend pickup at its Haddon Avenue storefront, the rear of which abuts the municipal parking lot where the farmers market is situated. The eggs are still available at its Williamstown farmstead (1844 Winslow Road) from 9 a.m. to 6 p.m. daily (until 3 p.m. Sundays).