It’s been an 18-month wait for Josue Santiago Negron’s open-kitchen bakery. He hopes a weekend crowd will connect with his unique approach to pastries and longer after-dinner hours. 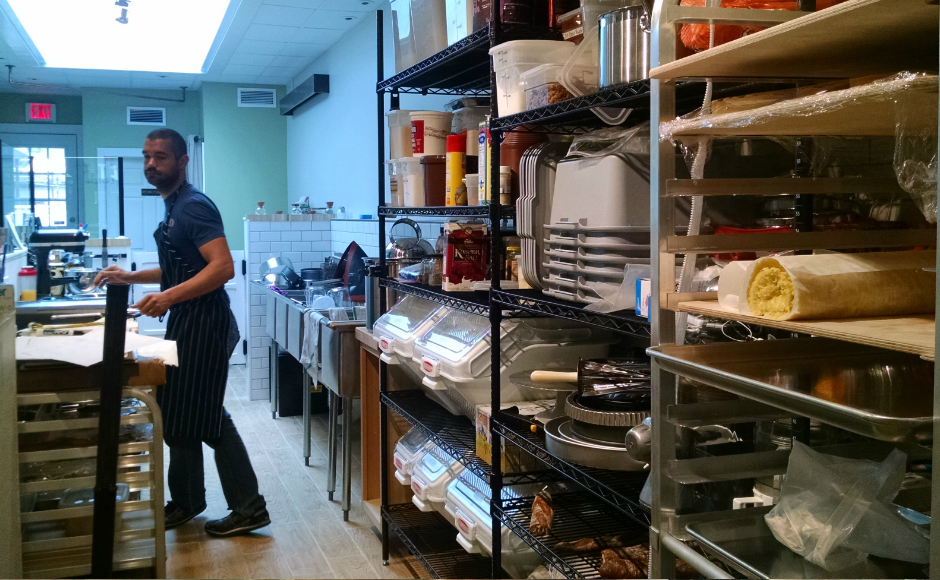 In transforming the former American Table storefront into an open kitchen with himself as the main ingredient, Negron has imbued his shop, Dulce, with the same care he might take in constructing a fine confection.

From the bright copper enamel that frames the front window to the subway tile backsplash along the rear wall to the marble-topped ledge that runs the length of the counter, the details in his work have weight and presence. They underscore Negron’s intention to make something uniquely his own in a region that is already home to several well-established bakeries.

“It’s going to be something different than what people are used to and the way pastries look,” Negron said. “Usually when you go to a restaurant, it’s all about the food and not the pastry. Now I have the freedom to do whatever I want.” 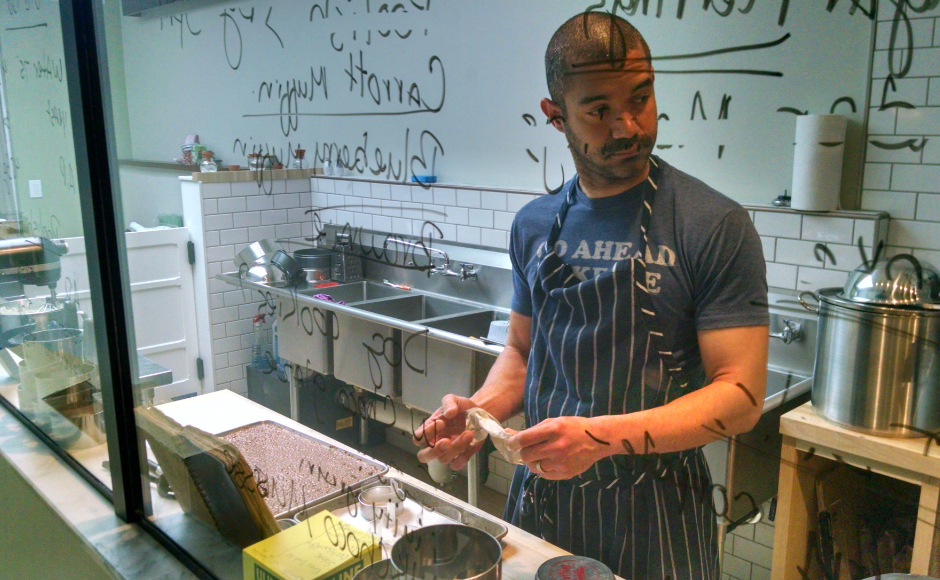 Negron seems happy to be the centerpiece of the operation, putting both himself and his process on display. On a glass sneeze guard that extends about two feet above the counter, he’s scrawled notes to himself; fragments of thought preserved, for a time, in erasable marker. Dulce is his laboratory as well as his assembly line, and Negron said he’s happy to swap concepts with his customers when they visit.

“You can just come to see what I’m doing because I’m going to be the only person here doing the cooking pretty much all day long,” Negron said. “Any questions about how to make stuff at home, I’m very open to speak with people.”

Negron promises a rotating stable of recipes with flavors that pay homage to the seasons as they turn. Fruit tarts, muffins, croissants, Danishes and Mallorca bread will complement confections, meringues, small cookies, and the like. On the eve of his grand opening, Negron was cutting out puck-sized discs of Nutella and chocolate with a crispy rice texture while a milk chocolate whisky mousse settled in a bowl on the counter nearby. 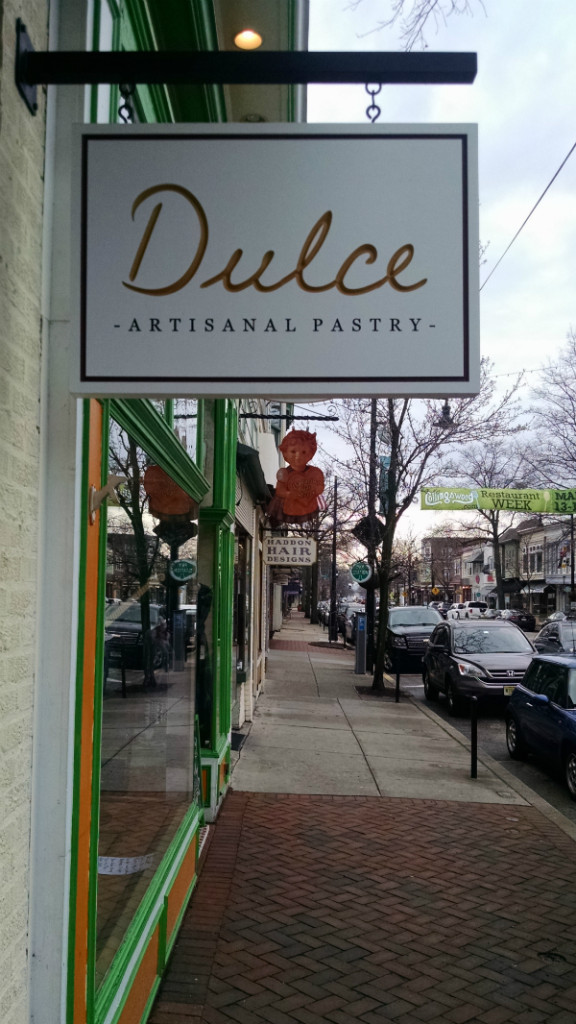 “I don’t make stuff too complicated flavor-wise, but I do like strong flavor in the items I’m making,” Negron said. “I do want you to taste intense flavors. You probably will see a lot of alcohol in my desserts.”

Negron owes his cosmopolitan approach to ingredients to a background that isn’t exclusive to baking: he moved to a pastry concentration while training as a chef. In his way through the food world, Negron worked in hotels, banquet halls, and restaurants from Pittsburgh to Philadelphia, learning to bring together skills in mass production and ingredient sourcing; “stuff only a restaurant can do,” he said.

Of course, he came to food as many chefs and bakers both do: through family.

“I don’t remember much, but apparently I was always in the kitchen,” Negron said. “Family came together through the food. In my house, I invite people and there’s always food around.”

If the pastries at Dulce can match the expectations of its environs, there will be plenty of both food and people in Negron’s shop. He’s also offering extended weekend hours—until 10 p.m. Friday and 11 p.m. Saturday—to help draw a dessert crowd from Restaurant Row. Negron is conscious of how his business can complement the existing dining offerings of the Collingswood downtown business district while possibly stretching weekend foot traffic into the post-dining hours for retailers, too. For a business owner who’s also been a borough resident for seven years, he hopes this concept can support the character of his hometown as well as its economy.

“I like the place,” Negron said. “I like how it feels. It’s where I probably will spend the rest of my life.”