A Collingswood firefighter was transported to the hospital with second-degree burns. The homeowner was uninjured. 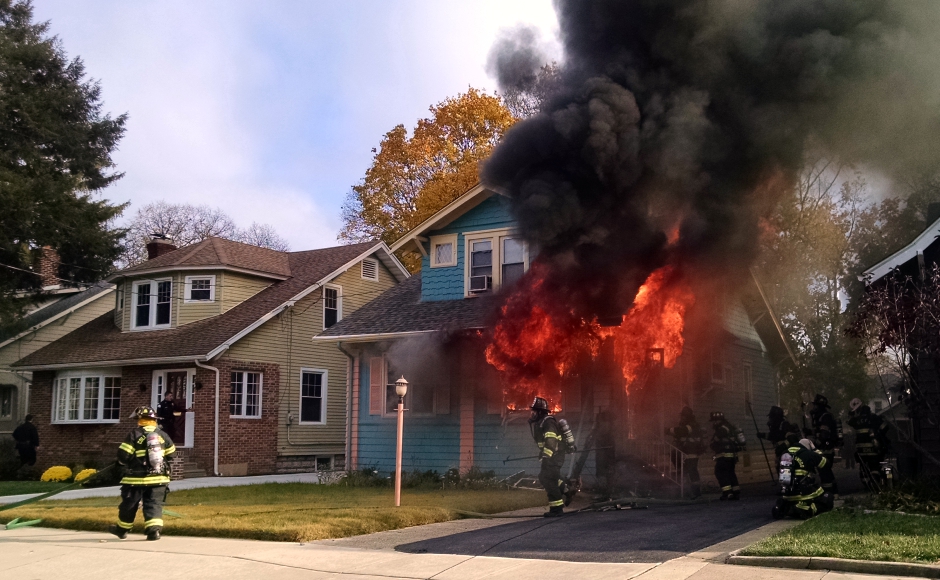 A fast-moving fire tore through a single-family home in Collingswood on Tuesday afternoon, sending one firefighter to the hospital with second-degree burns.

Windows on both floors were blown out from the heat; wood smoked and sizzled through to the roof.

Collingswood Police arrived at 2:28 p.m. to a small fire showing in the exterior of the property. The homeowner had already evacuated and was unharmed. The Collingswood Fire Department was on the scene by 2:31.

Neighbor Chuck Crandley had tried to help suppress the flames with a hand extinguisher, but soon saw smoke wrapping behind the cedar shingles. 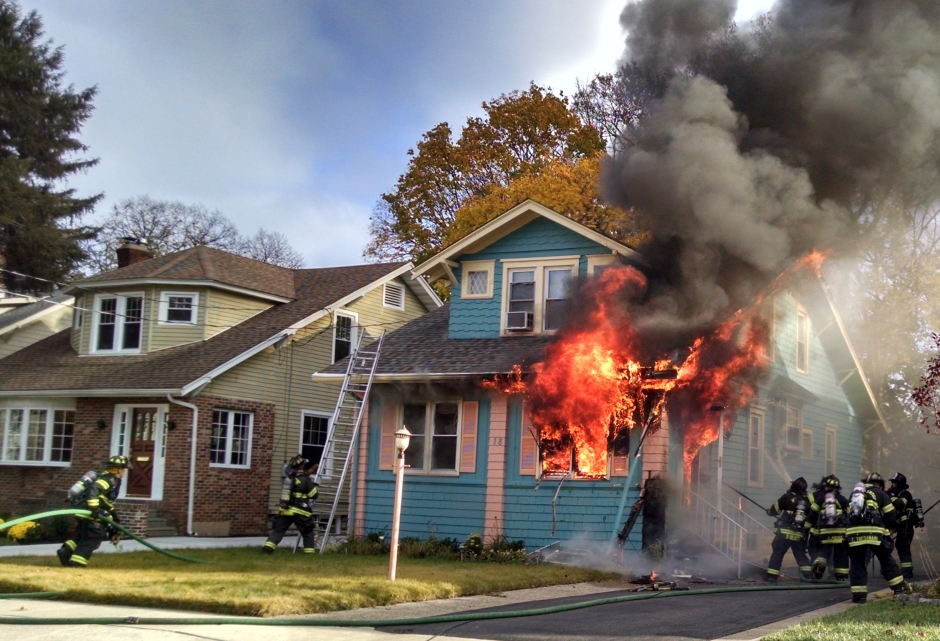 “[The fire] took off and shot through the house,” Crandley said.

Fire consumed the entrance to the home, extending throughout the interior as it raced up the siding.

Crews were stripping exterior wood long after the flames had been extinguished.

Collingswood Fire Chief Keith Davis credited all the crews on the scene for containing the flames inside the home with “an aggressive interior attack.

“They made an excellent stop with the amount of fire and the heat they encountered,” Davis said.

A Collingswood firefighter was transported to Our Lady of Lourdes Health Center with second-degree burns that Davis said had overpowered his brand-new turnout gear. 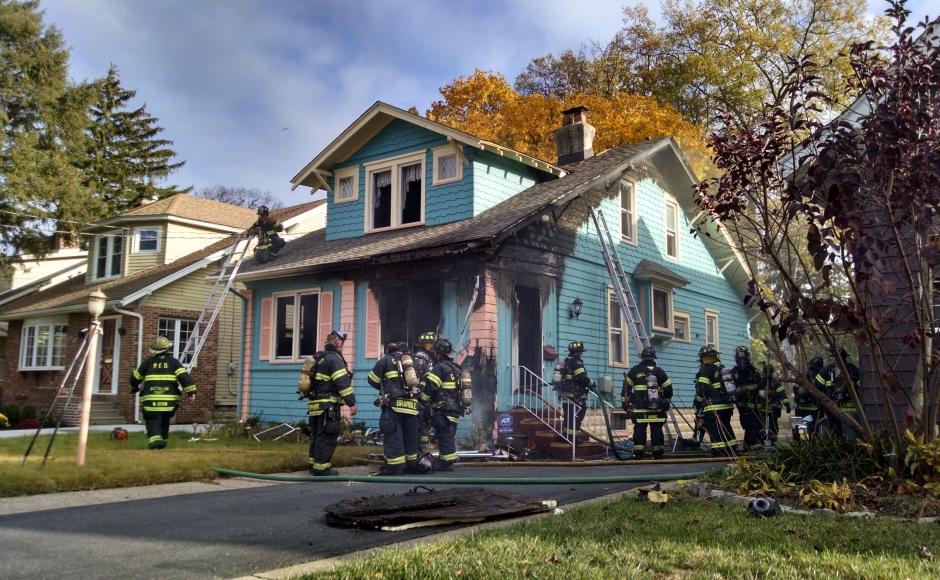