Camden County will dedicate $150,000 to Operation SAL, which offers residents saved from heroin overdoses ‘a warm hand-off’ to detox at a Pennsauken outpatient center.

In 2014, Camden County established an addictions awareness task force to address the epidemic of opiate-based overdoses and deaths in South Jersey.

One of its major points of advocacy has been to increase the proliferation of the opiate-disruptor drug Narcan, which can immediately counteract the physical effects of heroin overdose.

On Wednesday, the county government unveiled a new partnership that will not only bring overdose victims back to life, but could put them back on their feet, too.

Operation SAL (short for “Save A Life”) will offer overdose survivors “a warm hand-off” from area hospital emergency rooms to outpatient drug recovery services at Delaware Valley Medical, a drug addiction treatment center in Pennsauken. The program assigns case managers to evaluate whether participants should receive inpatient services, and then tracks those who require the support until a bed becomes available.

Camden County Freeholder Director Louis F. Cappelli, Jr. described the partnership as a step in “the progression from overdose reversal to lasting recovery.” 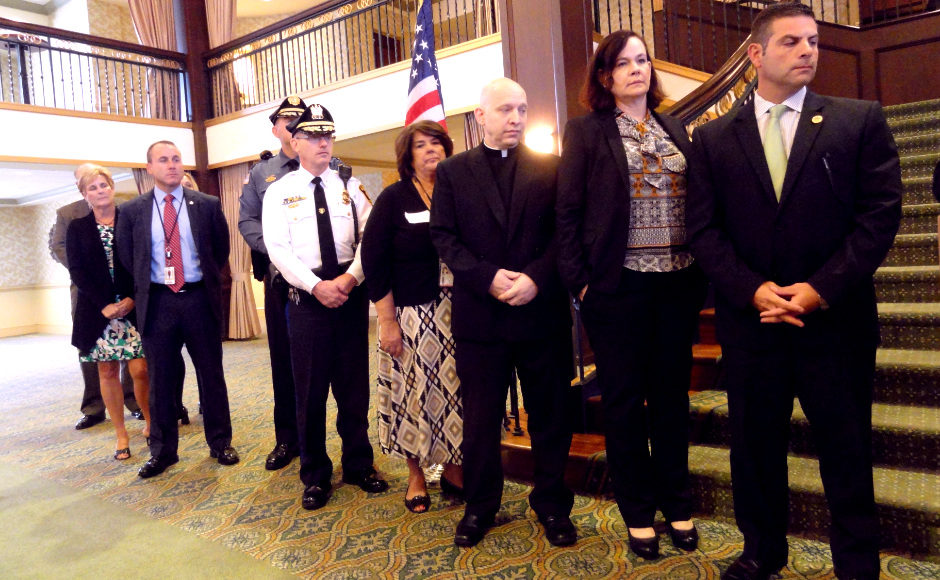 “How much time passes between an overdose and treatment?” Cappelli, Jr. asked. “For any patient who is willing and agreeable, we are offering paid treatment and a smooth transition from the emergency room to outpatient detox and intensive outpatient treatment.”

SAL is an acronym, but it’s also the first name of Salvatore Marchese, who died in Camden City of an overdose in 2010. Marchese was the son of task force member Patty DiRenzo, who helped pass the statewide Overdose Prevention Act of 2013. She described the moment as bittersweet: though never far from her heart, Sal was the victim of what she believes was a preventable death, and so DiRenzo loves the idea of him serving as the namesake of a program that can save lives.

“Camden County is an amazing county to be a part of,” DiRenzo said. “They stepped up to the plate.”

Through September 11, 2015, police in Camden County have reversed more than 300 opiate overdoses with narcan, said county spokesman Dan Keashen. Those numbers exclude the number of narcan saves performed by paramedics, EMT’s, and family members throughout the region. Since the passage of the Overdose Prevention Act of 2013, nearly 4,200 narcan overdoses have been reversed statewide, says TOPAC, the Overdose Prevention Agency Corporation. 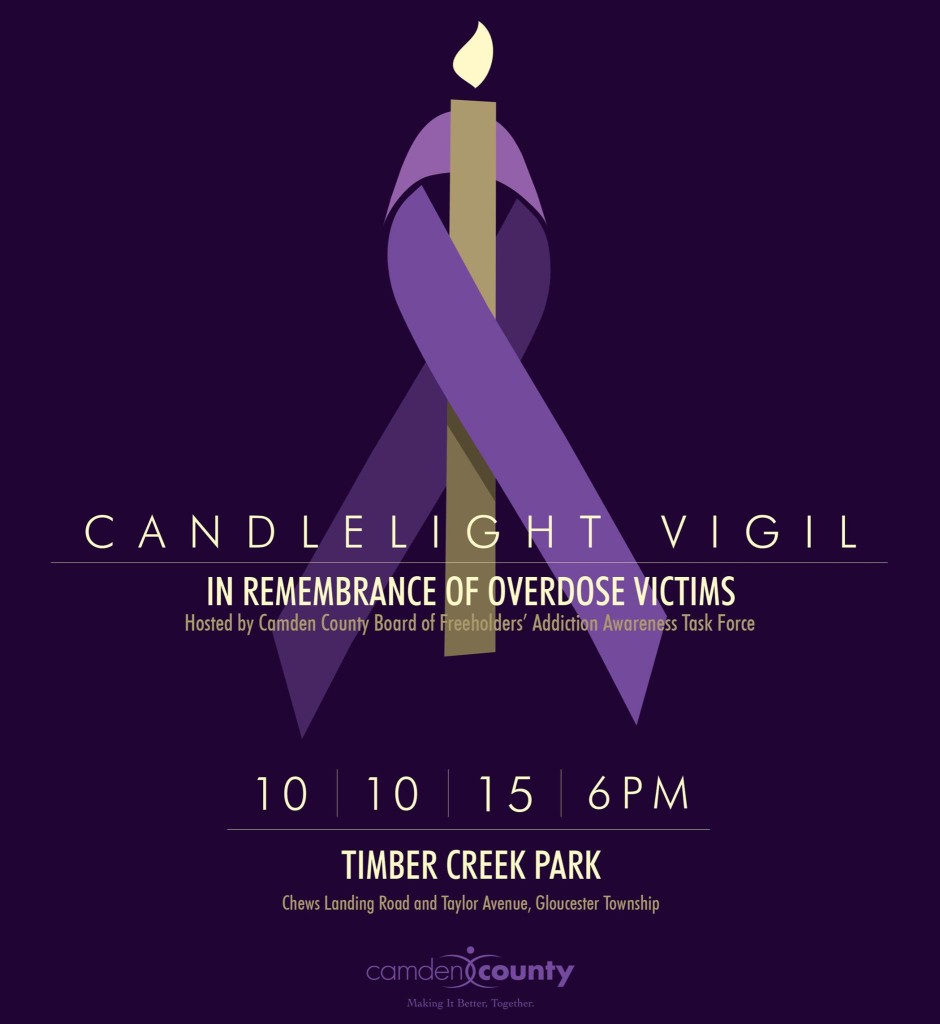 “We’ve been able to preserve the life through narcan, and now the next step is to try to get someone under the grip of addiction the help they need to get back on their feet,” Keashen said.

The Affordable Care Act has helped broaden treatment options for drug and alcohol addictions by mandating insurance coverage for such conditions, but Keashen said that Operation SAL will especially help the uninsured and the indigent; those who may well be “super-users” of the local healthcare system.

He also stressed the need to keep fighting the battle on multiple fronts, from expired prescription collections to “more frank conversation[s]about prescribing opiates” at the hospital level.

About $150,000 has been dedicated to Operation SAL through the Homeless Prevention Trust Fund and other county funding sources, Keashen said. It’s enough to fund outpatient treatment services for 50 people through the end of 2015. He stressed that more money would be made available for the pilot initiative if it is shown to be needed.

“We’re hopeful that we can continue to focus on advocating for more resource dollars for treatment for the people that need it and expanding our preventative programs,” Keashen said. 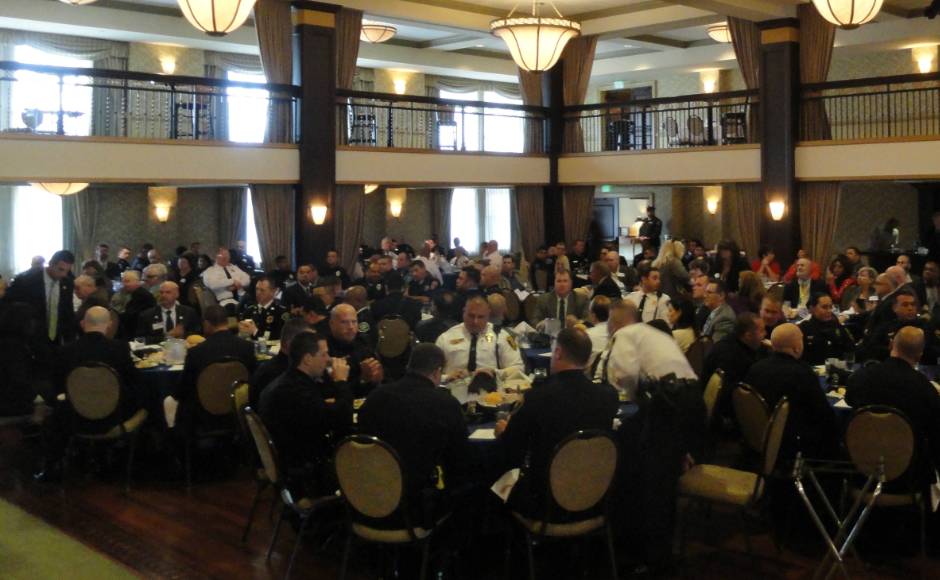 In Camden City, where the drug trade connects customers from the suburbs with suppliers from the embattled city neighborhoods, the Camden County Police Department has been tasked with holding the line on a problem that Chief J. Scott Thomson said “does not discriminate based upon race, ethnicity, [or]socioeconomic status.

“If anything, it could be more of the opposite,” Thomson said. “We are seeing more people that are not dealing with the daily challenges of poverty and unemployment that are falling victim to this.”

“Hopefully, at some point in time, we can begin to get legislative help so we can stop pulling people out of the river and go upstream and get that which is causing people to fall in in the first place,” he said.

In Camden County, many addicts who pursue heroin began with prescription painkillers, and were then “left with this chemical dependence which transitions into a disease,” the chief said. He pointed out that opiate addicts are not like recreational drug users chasing a high; rather, they’re seeking the pills to stave off “the absolute worst flu you’ve ever had times ten.”

The chief recollected meeting a homeless addict in Camden City who was consuming seven bags of heroin a day. Thomson said he asked the man whether he’d ever tried to quit, cold turkey. The addict had, once, he said, and it had taken three months before he was able to get a regular night of sleep.

“When you start to factor in those challenges and stresses that people are facing, you see what a huge mountain lies in front of them,” Thomson said. “But the treatment has to be sustained. There has to be an alteration to lifestyle. This is not just ‘put them in a two- or three-week detox.’” 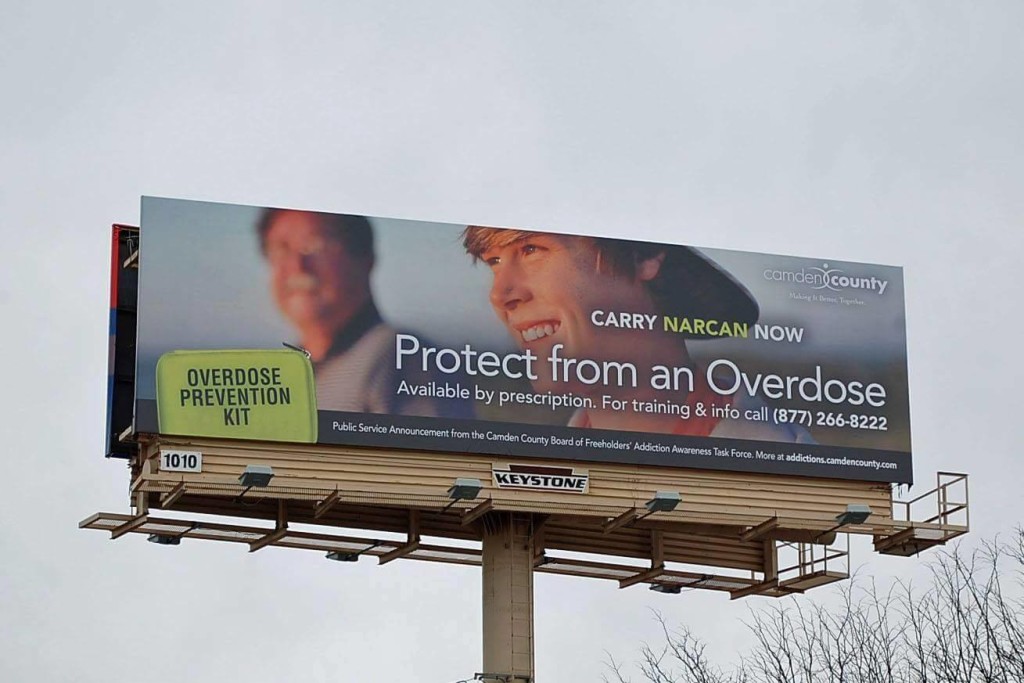 Thomson praised Camden County leadership for its efforts in acknowledging the good that can be done with narcan application, adding that such an intervention “is not universally accepted” among law enforcement nationwide.

He described communities that haven’t taken advantage of its resuscitative power as not having “fully evolved in the recognition of the dynamic that’s taking place in society right now, and how they can play a role in saving lives.”

Yet even after saving the life of an overdose victim, some first responders who have had narcan training say they are likely to encounter the same individuals again under similar circumstances. Audubon nurse Sara Kucharski, who was honored by the county this spring after she helped revive an overdosing man in the middle of traffic, described the professional burnout that those tasked with holding the line can feel.

“A lot of people on my Facebook page, cops and first responders, said ‘Good job, good save—but he’ll probably go back tomorrow and do the same thing,’” she told NJ Pen in May.

“That’s the mentality of what they’re seeing,” she said. “If people like my friends were off-duty, would somebody have actually stepped up and helped him? Because they didn’t have to.”

Thomson said that first responders can experience “a level of frustration, particularly when they’re saving the same life over and over again,” but that their professional obligations are not at risk.

“You can’t operate as a first responder and be completely cold because you’d be ineffective,” he said; “at the same time, you have to learn to manage the natural emotions that come in” from being in survival mode daily.

“It’s mostly rooted in wanting better for that person,” Thomson said. “Often times our officers end up interacting with family members of that victim, and it becomes more personal. They want to see that person heal and recover and move on.”

For someone like Gloucester Township Patrolman Ernie Basile, “saving a life never gets old.”

Basile, who has personally revived three overdose victims with narcan in the year since his department was issued the drug, said that the family members he meets after a save often connects him more closely to his community.

“I work in the town that I grew up in; live in,” Basile said. “Everybody you save has a mother, brother, sister, father. Sometimes it’s people you know.”

Basile called the narcan inhaler “a fantastic piece of equipment,” but pointed out that it’s not the only resource his department offers. Gloucester Township officers also carry cards offering overdose victims information about Project SAVE, a local support group to which they may be referred. Providing information on further interventions to people in crisis offers them a chance to seek additional treatment, but Basile acknowledged, “You can’t get people into treatment if they’re not alive.”

DiRenzo said that the next phase of battling the heroin epidemic will come in securing broader access to inpatient services for Camden County residents, an issue that surfaced locally when the New Jersey State Assembly budget hearings came to the very room in which Operation SAL was announced Wednesday. But just like the process of recovery, advocacy requires the patience to take things “one step at a time,” she said.

“I am determined to make sure that recovery is possible for everyone who is struggling,” DiRenzo said. “I just want people to know that there is hope. If you’re struggling, reach out. Don’t be embarrassed. Family members, we have to support those who are struggling.

“If it’s just one person” whose life is saved from the program, “I’ll be happy,” she said.