Four friends who share a lifelong love of skateboarding aim to create a community hub for the sport on East Atlantic Avenue. 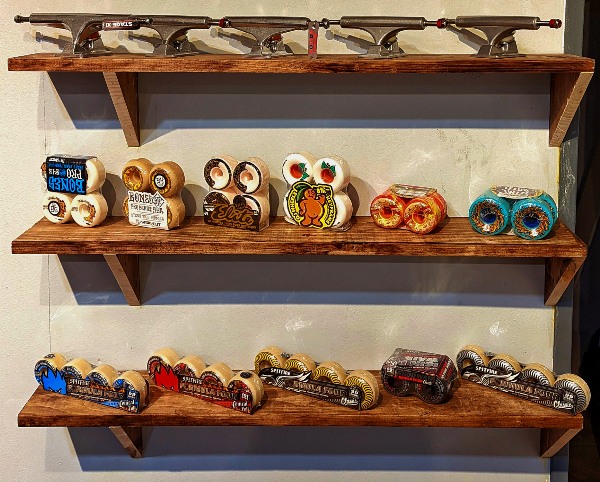 It’s been years since Haddon Heights has counted a skate shop among its local businesses.

That all changes April 16, when four friends united by skateboarding and its creative culture will open the doors to Antics at 139 East Atlantic Avenue.

The group has worked for years to create the kind of shop they believe the South Jersey skate scene needs, and which they think they have in Antics.

Sean P. Gallagher of Haddon Heights spent time there with him, having closed his own Woodbury-based skate shop, Square Peg, just a couple years before Curbside opened. It had run for about as long.

Featuring Brennan’s own skate brand, Bummers Parade, among others from the skating world (including Collingswood Board Company), Curbside enjoyed a nice local following, but it didn’t survive the novel coronavirus (COVID-19) pandemic.

“After that, it was back to the drawing board,” Brennan said—literally. He pivoted to graphic design, but never stopped thinking about reviving Curbside, or building the next version of it.

“After we closed down and moved out of Medford, we started noticing the scene out here [in Oaklyn],” Brennan said. “There were tons of kids skateboarding so close to Philadelphia, but from this side of the bridge, the closest [independent shop] is in LBI.

“It’s been burned in my gut that we needed a shop to maintain the community that we had going already.”

The pandemic had also put their friend, graphic artist Dylan Cummings of Audubon, out of work. In the downtime that followed, Cummings and his father decided to revive the family’s custom apparel business, Bilbry Ink, a brand that traces its roots to 1980’s surf contests on the Jersey Shore. 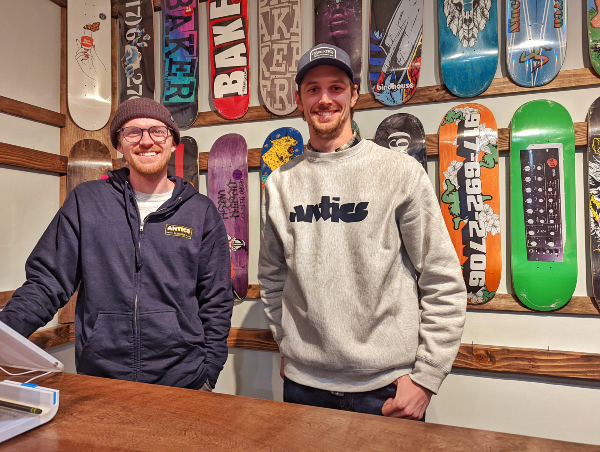 “Everyone in my family got laid off during COVID,” Cummings said.

“It was our now-or-never moment,” he said, “so we took the leap, and have been doing that since.”

Cummings brought on visual designer Sean J. Gallagher of Mt. Ephraim, whom Brennan knew through his brother, Dan, and who’d helped with product branding at Curbside.

“We were all spread out; we all connected through skateboarding,” Sean J. Gallagher said.

“We are a living example of what we want to apply to this community in general.”

In December 2021, the group started to talk more seriously about going in together on a new place. The more they discussed it, the more it felt possible.

“When these guys came to me, there wasn’t a thought in my mind that I would be opening another skate shop, especially in Haddon Heights,” said Sean P. Gallagher.

“I never thought I’d be a small business owner in the town I live in,” he said. “I really like living here, and it’s cool to be able to give back.”

Beyond providing decks, gear, and replacement parts, a good skate shop offers an environment to host the esoteric chatter of the scene itself. Discussions about the best spots to skate, up-and-coming talent, or the fusion of art and music that comprises a skate video—all of that needs a safe, inclusive place to flourish.

“Now’s the time it should be embraced,” Sean P. Gallagher said. “The sport is in the Olympics, it’s being televised more and more, and there’s plenty of kids who are doing it.” 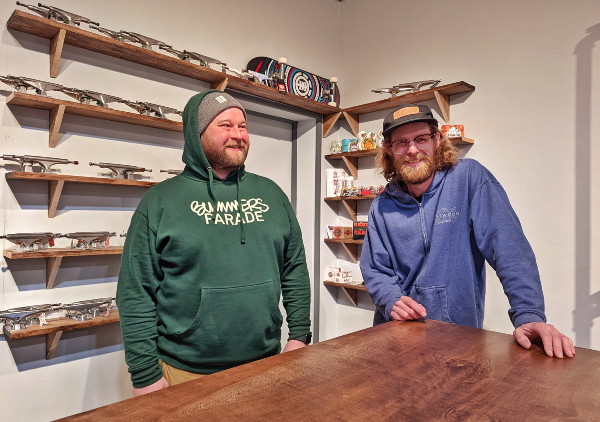 “You can be anybody, from any walk of life, from anywhere in the world, and you see somebody with a skateboard, and you’ve got at least that thing in common,” he said.

“We really want to show all of that, portray that, through the things that we do.”

The storefront at 139 East Atlantic Avenue also enjoys the advantages of a central location in the walkable Haddon Heights business district.

The crew expects to welcome guests from the weekly, seasonal farmers market that takes place just beyond its front door on Sundays, as well as the planned Rails With Trails multipurpose path that will connect Station Avenue with Merchant Street in nearby Audubon.

“They already have a good structure of events here, and we were excited to hop along and start working with HIP,” Brennan said. “I’ll take a farmers market on my front porch any day.

“We’re into creating stuff,” he said. “We’ll be working with local businesses as much as we can. We want to keep driving that creative community; to have the resources to get people creating again.”

In addition to carrying popular brands in skateboarding, Antics will feature its own lines of decks, clothing, and accessories. Products from Brennan’s Bummers Parade imprint and Sean P. Gallagher’s Square Peg line will share shelf space with apparel produced through Bilbry.

“No matter what you’re into, there’s a brand that’s really suited for you,” Cummings said. “Everyone can walk into the store and see something that appeals to them in some way.”

“The art is the result of what skateboarding brings out of people,” he said. 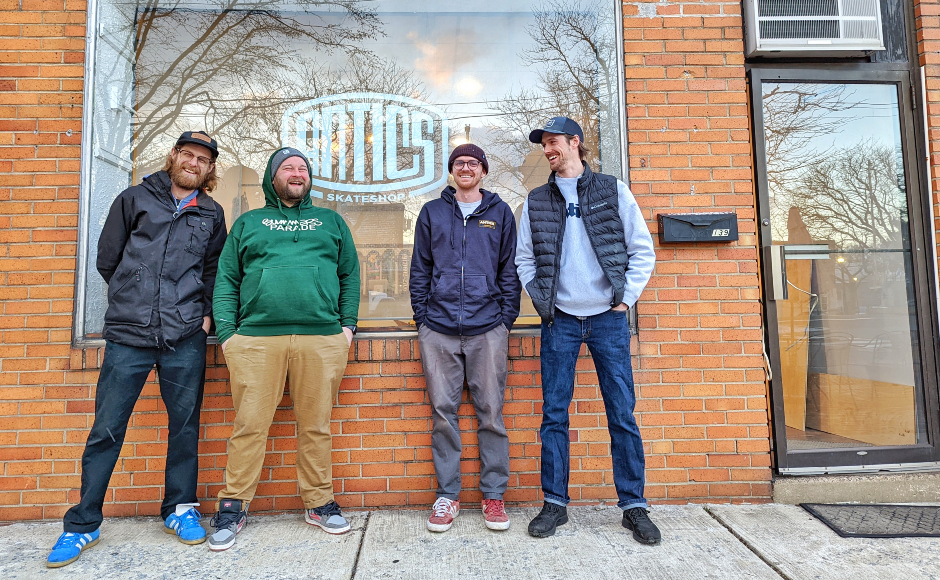 More importantly, he said, Antics hopes to facilitate a healthy skate scene as much as the creative endeavors that accompany it.

“If the kid who’s selling you that board or setting it up doesn’t know the spots, or where the parks are, or the local guys who are up and coming, you don’t get exposed to that,” Cummings said.

“That’s what your local skate shop is all about: to expose the younger kids to what it actually means to be a skateboarder, and not what a skateboard is.”

Antics Skate Shop is located at 139 East Atlantic Avenue in Haddon Heights. Hours of operation are 11 a.m. to 7 p.m. Tuesday through Friday and 10 a.m. to 8 p.m. Saturday and Sunday. For more information, visit anticsskateshop.com. Opening day is slated for April 16.