Kids Kampus owners Joan and Jay Shacochis say Kimco Realty didn’t renew their lease after 23 years because they found a better tenant. The childcare center closes its doors for good May 18. 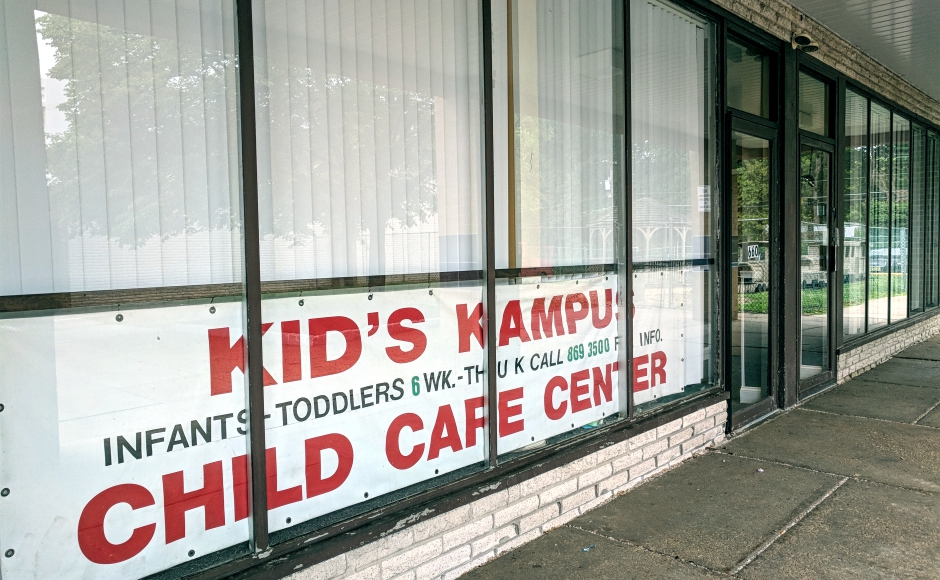 The exterior of Kids Kampus in the Westmont Plaza. The childcare center shuts its doors May 18. Credit: Matt Skoufalos.

On Friday, she’s closing down the facility after a lengthy battle with her landlord, the New Hyde Park, New York-based Kimco Realty.

Shacochis and her husband Jay, the business manager for Kids Kampus, allege that the landlord reneged on a lease agreement while secretly negotiating with another prospective tenant, The Heights School, before finally resorting to strongarm tactics to evict them.

The result is that Kids Kampus shut its doors abruptly this week, sending families scrambling for new childcare arrangements and staff looking for work.

“I tried my hardest,” Joan Shacochis said. “I could’ve walked a year ago. I would have been better off financially.”

Kids Kampus has been operating on a month-to-month contract with Kimco since the end of 2015. When it was time to renew, both sides talked throughout 2016, but couldn’t broker a deal. They finally signed a letter of intent in January 2017 that would allow Kids Kampus to continue operating through 2018.

After coming to terms, however, Kimco never issued the Kids Kampus a new contract. Instead, in June 2017, the property owner ordered them to vacate the premises by July 2017, citing the expiration of their lease in 2015.

“The landlord just sent a notice to vacate, and left Joan holding the bag with a bunch of kids and parents with no place to go,” said Marlton attorney Vincent D’Elia, who represented the Shacochises in their dispute with Kimco. 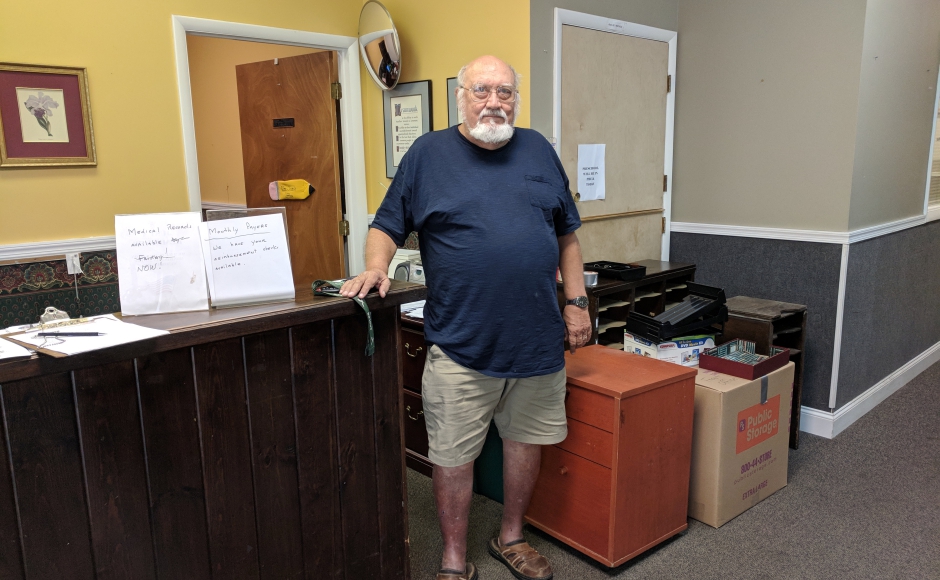 “We argued that you can’t renege a letter of intent after somebody has acted in reliance on it,” D’Elia said.

In December 2017, both parties reached a legal agreement that Kids Kampus could stay until the end of June 2018, which would have given the business a chance to close out the school year and its clients the chance to make new accommodations.

Instead, the Shacochises said Kimco began billing them for attorneys’ fees against the terms of their court order, and sought to recover thousands more for infrastructure repairs unrelated to their tenancy.

They also allege that Kimco maintenance crews cut down trees in the Kids Kampus playground during off-hours, which required the business to grind down the stumps and roots to make the area safe for children to play there.

In the meantime, the Shacochises stopped paying rent to Kimco, instead putting the money into escrow as leverage against what they say was a violation of the deal.

“She said, ‘These guys are reneging on a deal. They’re going to keep charging me until they can steal my security deposit,’” D’Elia said. “‘Why am I going to pay them any more money?’ That’s when we wound up in court again.”

In April 2018, Kimco obtained a warrant to remove Kids Kampus from the property May 11. D’Elia negotiated an extra week. The Shacochises didn’t challenge the eviction because, after spending $40,000 defending their position in court, the couple said they were physically and fiscally tapped. 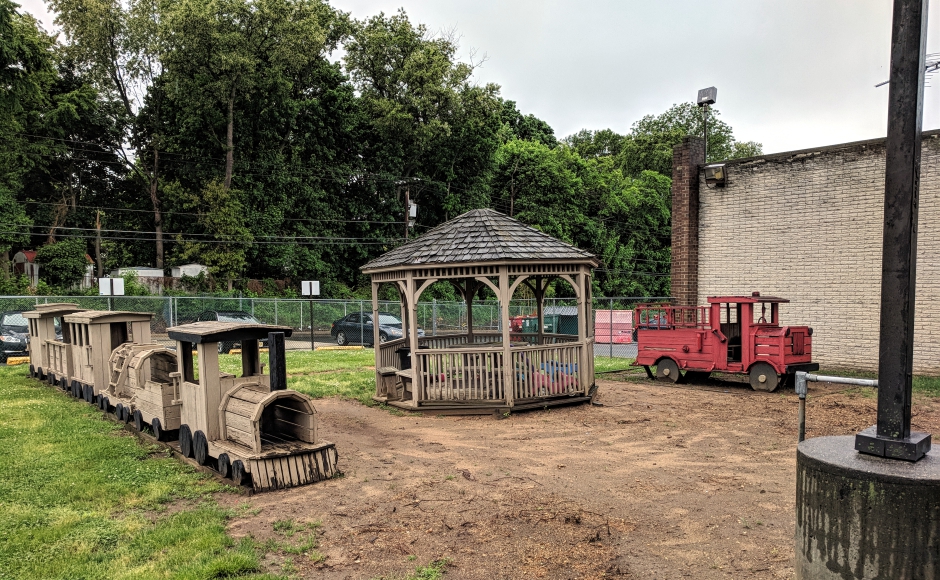 The dirt areas of the Kids Kampus playground used to contain trees that the business alleges its landlord chopped down in an act of hostility. Credit: Matt Skoufalos.

Kids Kampus closes its doors for good on Friday, and will fully vacate by Monday, May 21.

Families were noticed via a letter sent home with their children May 14.

The Shacochises have accepted a great deal of public criticism for the suddenness of the announcement.

They say they felt pinned down by circumstances.

“Everybody’s mad at me,” Joan Shacochis said. “It’s going to be hard to live in this town.”

The Shacochises said they were operating under the assumption that they would be able to inform their staff and clients in early June, and then wind down along with the public school year. D’Elia said they settled to terms with Kimco last week to avoid additional litigation risks.

“We were expecting to be there throughout 2018,” D’Elia said. “When the landlord reneged on the consent order, that was the functional equivalent of all hell breaking loose.

“Litigation is risky,” he said. “For the aggravation of putting up with this landlord for another month, or picking an earlier time to get out and move on with life, was not an easy decision. Had [Kids Kampus]  been evicted the way the landlord wanted to, last December, it would have been far worse.”

Jay Shacochis said the business was a victim of Kimco “jacking the rates” since signing a lease with Target, and D’Elia said the lease agreement Kimco produced during litigation showed that The Heights School had agreed to a rate $2,000 per month above what Kids Kampus was paying.

The Shacochises said they couldn’t match the figure. 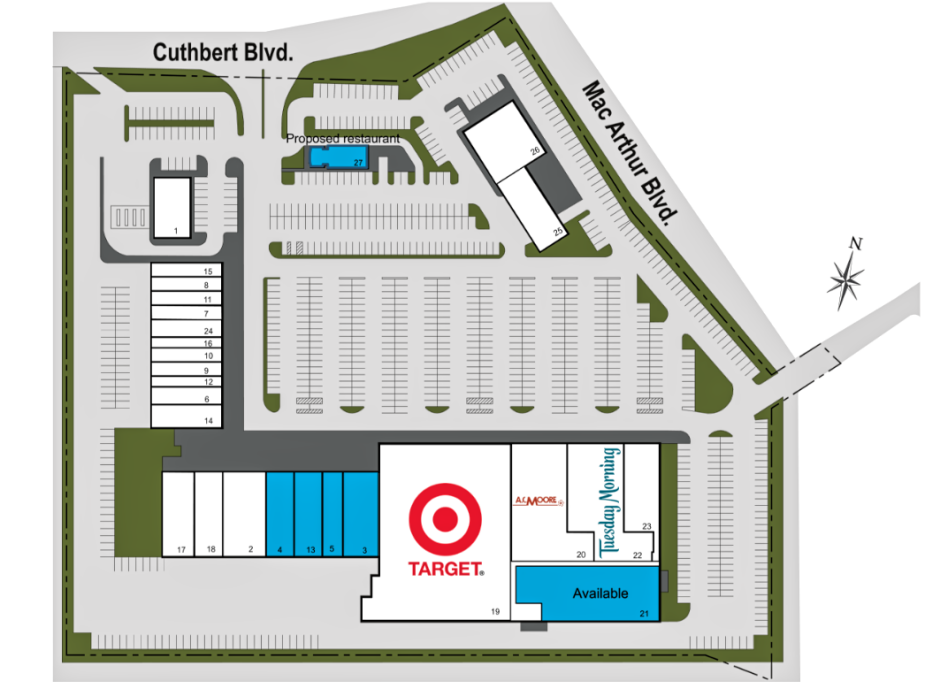 “Negotiating with Kimco over the years has not been an easy task, but they’ve always been fair,” Jay Shacochis said.

“If I doubled my fees here, people wouldn’t pay it.”

Jay Shacochis said Kids Kampus has been on a downturn for the last decade.

Enrollment dipped from a peak of 98 children to a low of 38; since the recession, the center hasn’t topped 50 kids.

Without a broader client base, he said Kids Kampus wouldn’t be able to pay the rents that Kimco sought. The couple feels burned by the experience.

“I think they want all their mom-and-pops out so they can make way for Starbucks, AC Moore,” Joan Shacochis said.

At the time of writing, the Westmont Plaza has seven vacancies accounting for 36,650 square-feet of leasable space. Those include the recently shuttered Super Fitness exercise facility, and a 2,450 square-foot lot that Kimco lists as dedicated to a proposed restaurant in its site plan.

It is always our goal to provide a retailer mix that will best serve the local customer, and most often that means a blend of national brands and local mom & pop operators. The addition of Target at Westmont Plaza should increase overall traffic to the center, benefitting local shoppers as well as our small-shop and junior anchor tenants.

While we unfortunately cannot share details surrounding specific tenant negotiations and any litigation, our first choice, where possible, is to keep an existing business at our center as long as they are abiding by the terms of their lease agreement.

With approximately 3,900 tenants in our portfolio, we are proud of the amicable relationships we’ve developed, contributing to a portfolio occupancy rate of 96 percent, which is above-average for our industry.

The Heights School owners Kristen and Mike O’Brien say they’ve had a deal with Kimco to occupy the Kids Kampus space since June 2017, but deny having tried to push the Shacochises out. They say the only thing they asked Kids Kampus for was employee records in order to determine whether they could retain any staff.

“We were looking for a second location for a long time, were looking at other Kimco facilities,” Kristen O’Brien said. “My current employees knew nothing of this. We really kept it between us because we didn’t want to damage their business.

“This was never really supposed to be us against them, and I’m sad that that’s what it’s turning into,” she said. “We never set up to ruin anyone’s business. I don’t know what went on, and I don’t know why Kimco would reach out to us.” 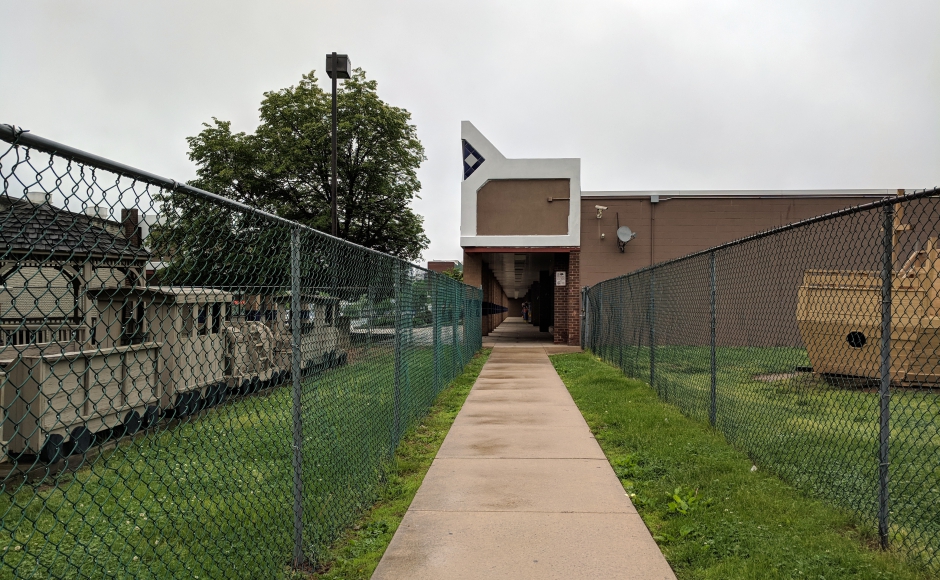 The Heights School began negotiations with Kimco during March 2017, but “were continuing to look for other options anyway,” Kristen O’Brien said.

“We figured if [Kids Kampus was] extending their lease, we’d find something else,” she said.

Even after opening in the Westmont Plaza, which is months away, Mike O’Brien said The Heights School is still seeking to lease or purchase a third location, too.

He said the school has a 200-plus client waiting list in addition to fielding calls from former Kids Kampus families.

Jay and Joan Shacochis say they’re going to continue to look for another, permanent location for their business as well.