The district notified parents that the incident was deemed “not a credible threat.” Police are still investigating.

UPDATE: 9:35 a.m., June 19, 2014 – Reached for comment this morning, Haddon Township Superintendent Nancy Ward clarified that although the incident is in the hands of the police, no weapon was involved in the alleged threat, and that administrators “do not believe there are any mental health issues” at play.

Although “every time something becomes some sort of a threat,” the district is compelled to investigate, Ward said, administrators categorize these events as “transient” or “credible” based on the details.

“A credible threat is one that has a plan, has opportunity, has a variety of things associated with it,” she said. “A transient threat is just words.

According to the Virginia Student Threat Assessment Guidelines, transient threats “can be readily identified as expressions of anger or frustration (or perhaps inappropriate attempts at humor) that dissipate quickly when the student reflects on the meaning of what he or she has said.”

“Young people are still in a growth process,” Ward added. “As great as the students in Haddon Township are, they are still very typical young people. Sometimes young people say and do foolish things.”

Nonetheless, Ward confirmed that the district would be taking extra precautions to safeguard public welfare at the graduation ceremonies Friday.

Parents of Haddon Township schoolchildren were notified Tuesday that the district received “a potential threat, made by a student, involving [Friday’s high school] graduation” ceremonies. Although the district has determined the threat to have been groundless, Haddon Township police were called in to investigate.

Superintendent Nancy Ward promised discipline up to and including criminal charges for the unnamed student.

“The investigation into this incident is continuing and the responsible party will face disciplinary measures and, if deemed appropriate by the police, criminal charges,” Ward wrote in a letter to parents. In it, Ward also underscored the school’s position that there was “no danger” to students or school staff at any point as a result of the threat. 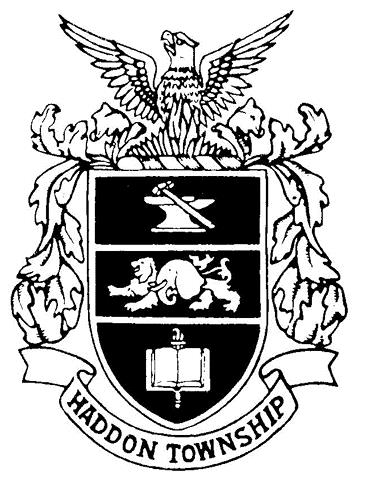 Nonetheless, she promised that “advanced cautionary measures will be taken at the school and field on Friday to ensure that our graduating seniors and all guests will experience an enjoyable graduation.”

Ward could not be reached for comment on Wednesday. Haddon Township police declined to comment, citing the ongoing nature of the investigation.

Violence and vandalism reports from the New Jersey Department of Education indicate that there were three weapons incidents in the Haddon Township school district in 2011-12 school year and two in the 2012-13 school year.

During those same years, the district reported nine and six “violence” incidents, respectively.

A weapons incident is defined as the possession, sale, or use of a weapon in the commission of another offense, such as an assault, threat, extortion, or property damage. Weapons include everything from pepper spray and brass knuckles to knives, guns, or explosive devices, according to the state definitions.

Under those same rules, “components  that can be readily assembled into a weapon” count, but not toy guns. “Imitation firearms” that look like they could pass for the real things are reportable, however, as are pellet guns.

A violence incident could include physical or sexual assault, a threat, extortion, fighting, kidnapping, robbery, or a bias incident (harassment, bullying, and intimidation).

According to a 2012 paper on school shootings and student mental health, child and adolescent psychiatrist Dr. William Dikel calculates that mental health issues in the general population of American schoolchildren are more prevalent than possibly believed.

“The odds are, therefore, that every classroom in every school has at least one student with a mental health disorder,” he wrote, adding that only 20 percent receive some kind of treatment for their issues.

Left untreated, Dikel wrote, these mental health disorders are less likely to contribute to violent outbursts than they are to “academic underachievement,” self-destructive behavior, graduation rates, and “costly special education interventions that often have poor outcomes.

“If schools are able to address students’ mental health issues successfully, it is possible that they might prevent future violent acts,” Dikel wrote.

“The more likely, and extremely worthwhile result, however, will be students’ improved academic performance, a reduction in behavioral incidents and significant cost savings, especially within the special education system.”

Stick with NJ Pen for more details as they emerge.