Punctuated by a seven-story Ferris wheel, the free, outdoor concert will close Haddon Avenue, and will feature 21 local acts on two stages.

Haddon Township lifer Doug Kelly has seen the times change along Haddon Avenue, the county road that dissects the community of his childhood.

He can recall how the local thoroughfare looked before he helped plant the trees lining its sidewalks.

He remembers how the now-defunct Westmont Theater looked as a first-run cinema.

He’s seen businesses, neighbors, classmates, all come and go from the homes and storefronts in the blocks that line the edge of the busy street.

But he’s never seen it from seven stories up in the air.

On Sunday, Kelly will treat himself and thousands of his neighbors to that unique view, courtesy of a 70-foot Ferris wheel. The amusement is the signature attraction of the Haddon Township Music Festival, a free, nine-hour street fair that will shut down three blocks of Haddon Avenue from 1 to 10 p.m.

Symbolic of “the circle of life,” Kelly said each of the component spokes of the wheel represent a different aspect of life in Haddon Township, the borders of which are interrupted by several other municipalities. He hopes the festival–and the view from above it–will lend some perspective on the makeup of a community that he believes is sturdy, but which nonetheless is still searching for an identity.

“We’re going to look down on the town from a perspective that none of us have seen,” Kelly said. “I think together we’ll create a clear vision of where we’re going.”

“I really want to go forward and get all these great groups of people working together better,” he said. 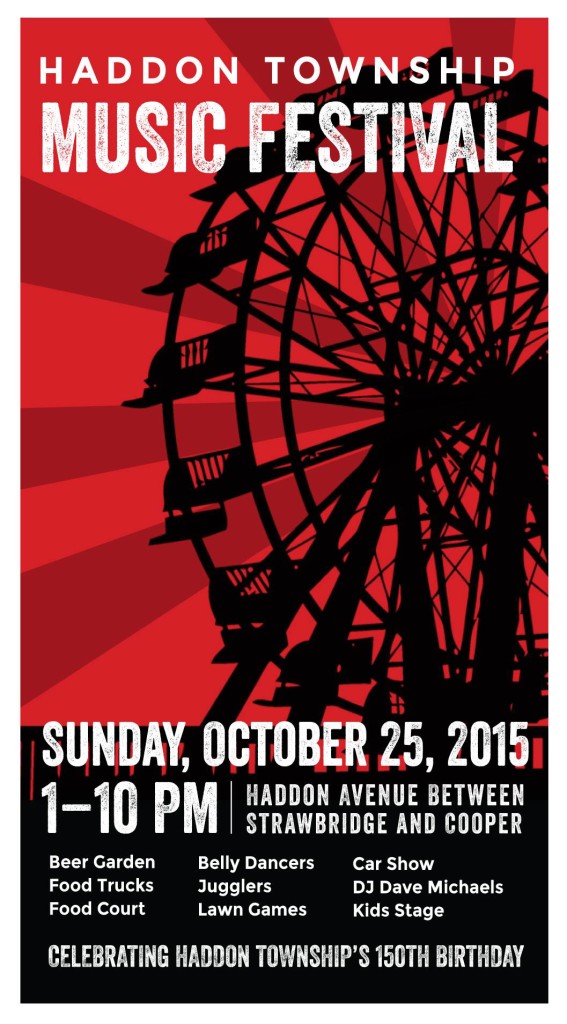 Kelly’s vision of a unified town is carried throughout the event itself, which will feature 21 local acts on the locally themed Newton Creek and Champion School stages.

Flanked by two beer gardens and rows of communal tables, those stages will face a streetscape lined by nearly two-dozen food vendors. Scattered throughout the festivities will be a classic and antique car show, while the vacant lawn outside the Westmont Theatre will feature outdoor games and activities for children.

Most importantly, the event itself is free to attend, sponsored by the municipal government as the capstone to its yearlong, 150th anniversary celebration.

“We’re starting to realize our full potential as a community. What we’ve found is that residents really enjoy these community events. The feedback we get is ‘let’s do more’ [of them].”

Although shutting down major streets for fairs and festivals is a relatively common practice in neighboring communities, it’s unusual for Haddon Township to close off its downtown avenue “for something other than a parade or a foot race,” Kelly said. He credited Teague and Haddon Township Business Improvement District Director Kate Burns with backing the idea and keeping it free for all to attend. 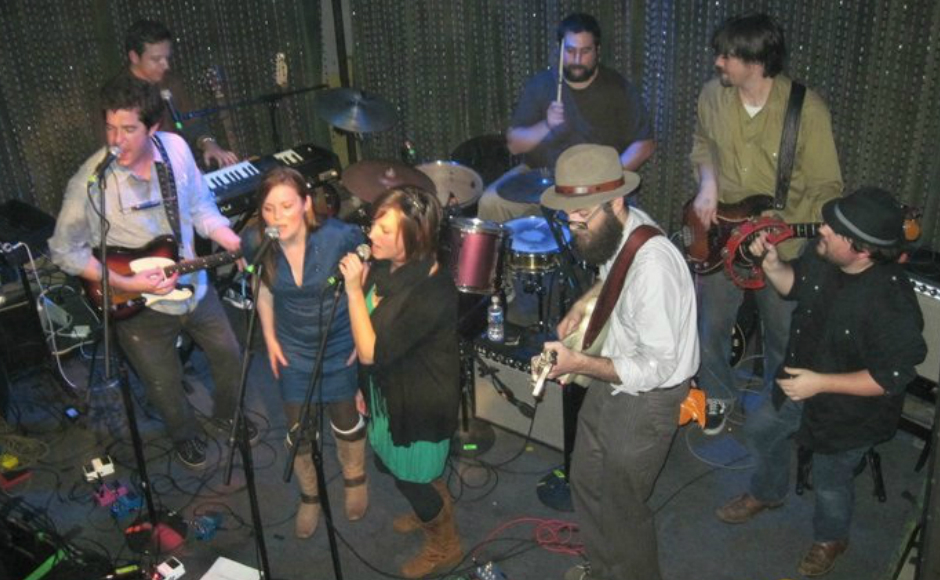 ‘This is what music sounds like in our zip code’

The bill includes 21 acts from Haddon Township and the surrounding communities of Oaklyn, Collingswood, Haddonfield, and others. There’s no out-of-state headliner, Kelly said, because Haddon Township and its neighbors have enough talent to put on a great show.

For musicians like Johnny Miles & the Waywards, it’s a point of pride that organizers trusted the local scene to carry the day.

“When you have the whole world, literally, in the palm of your hand, in your iPhone, and you can watch any band in history, any artist, any cat video that you like, at any time, the context of arts and culture has completely shifted,” Miles said. “Right or wrong, good or bad, that’s just the way it is.

“It’s good to remember that there’s artists and musicians and writers and creative people of all sorts in your hometown,” he said. “This is what music sounds like in our zip code. This is what the people of our neighborhood create. We can hopefully be proud of that.”

Miles, a Haddon Township resident and frequent performer at the Westmont Farmers Market, said he’s also excited about his few-blocks commute to the event. For a guy who’s enjoyed his share of success at festivals in the Philadelphia area, he said, “this is my new idea of a great gig.

“It’s walking distance, it pays, and I’ll be home by 8:00,” he laughed. “I’m hoping this is an event that everybody feels is a success and we can turn into an annual thing. That would be great.”