The economic bounty of Jersey wine isn’t confined to the vineyard. Here’s how a special tasting event could help showcase the benefits of agritourism to downtown shopping districts. 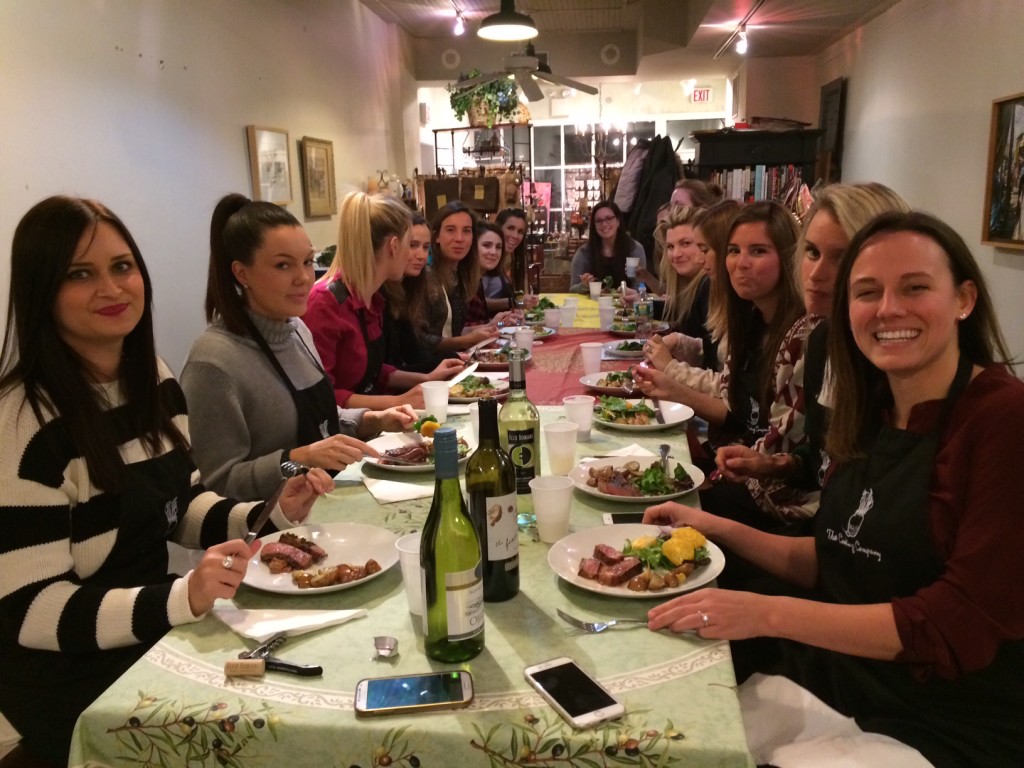 Guests of In the Kitchen Cooking School will raise a glass on Feb. 7. Credit: Kathy Gold.

In September, Jersey Java and Tea became the first establishment in Haddonfield to serve alcohol in 141 years, the beneficiary of new alcohol laws designed to support New Jersey’s home-grown wineries.

Less than six months later, the entire borough will follow suit, as Haddonfield “uncorks” the domestic vintages of 13 New Jersey wineries in a town-wide tasting the week before Valentine’s Day.

From 1 to 4 p.m. on February 7, guests can sample the bounty of the Vintage Atlantic Wine Region at 15 locations throughout the Haddonfield downtown business district.

Tastes are provided under a special outdoor event license; anything more than that will be available for sale by the bottle or case.

For Kathy Gold, Marketing Chair of the Partnership for Haddonfield, the event is a unique chance for the local business association to stretch its legs—and at a time of year in which merchants could use an escape from the winter doldrums.

“Weather permitting, we do usually get a nice crowd on that shopping day,” Gold said. “We think with the added excitement it will be a really busy day.”

Gold, chef-owner of In the Kitchen Cooking School on Mechanic Street, said that the event was a hit with merchants as soon as it was announced.

“We had so many of our retailers hoping to pair with the wineries,” she said.

“We hope to do it again so that the others will have a chance to come.”

‘Our vision for the entire region’

Jake Buganski, Executive Director of Visit South Jersey, said that the event has the opportunity to be more than just a gimmick; rather, it “showcases our vision for the entire region, right there in one spot.

“These Main Street revitalizations are an opportunity to showcase all of what we think South Jersey can be,” Buganski said; “putting it all in one spot—the wine, the food, the galleries.

“This is really a wine/fine dining/craft beer package experience that we’re trying to put together here,” he said. “That’s what will sustain us moving forward, and that’s what’s going to attract people from outside the area.” 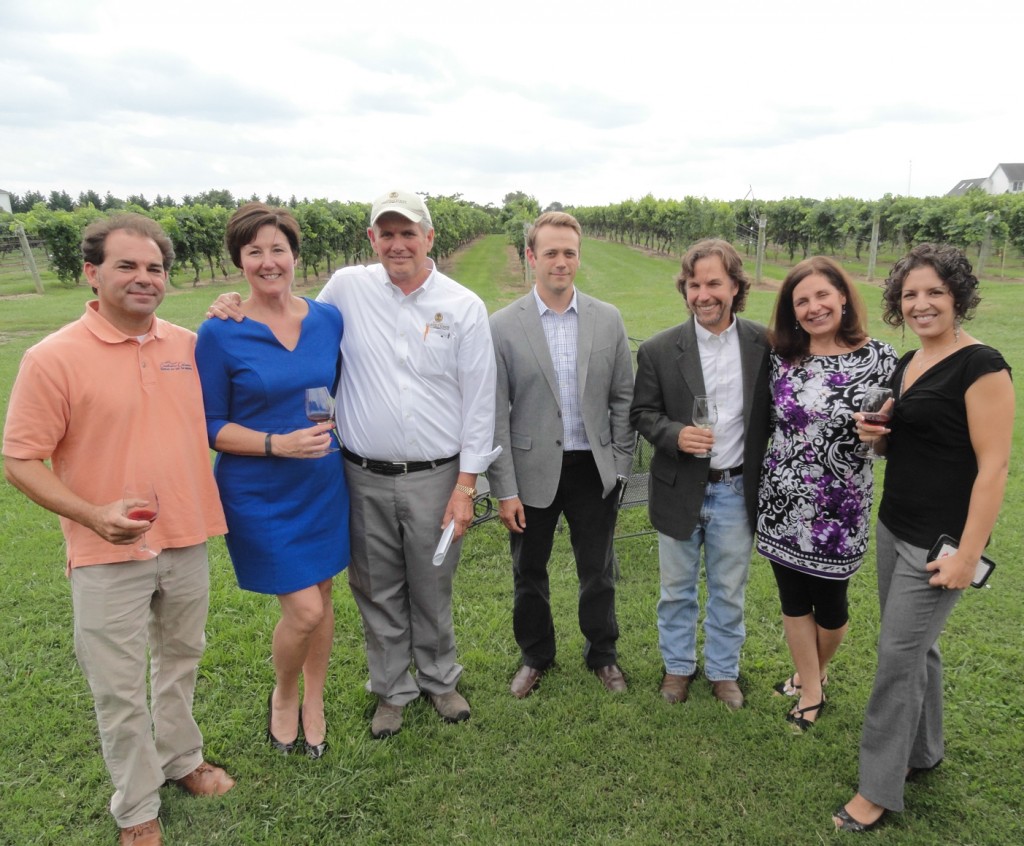 The New Jersey wine region typically promotes its facilities with chocolate-and-wine trail weekends bookending Valentine’s Day, but a downtown event like Haddonfield’s could be an important first step for communities seeking an economic boost.

“If we did this in other downtown areas, I expect we’d have similar buy-in,” Buganski said.

“There’s really no downside to allowing those local businesses to come together to create a better experience for the patrons of those places.

But others are waiting in the queue, as the state Division of Alcoholic Beverage Control processes a backlog of applications, Buganski said–and he doesn’t think it need end there.

“Hopefully they’ll do something more for the breweries moving forward,” he said.

Scott Donnini, whose  Auburn Road Vineyard and Winery was the first into Haddonfield, said that the experience has been “terrific” for his business. He called the idea for the Uncorked event “genius.”

“Good for Haddonfield perfecting it so quickly. I think it’s remarkable.

“I have to chuckle just a little bit,” he added, “because here Haddonfield went from being dry for 140 years, and suddenly they have embraced the idea of local wine wholeheartedly.”

For wineries like Auburn Road, the benefits of the affiliate program aren’t just limited to brand recognition. Donnini said that as much as 15 percent of his business can come from such sales, and that’s with only nine of his 16 allotted in-state outlets spoken for.

Compare that with the 65 percent of sales Auburn Road derives from its onsite enoteca (wine bar), and it’s clear the unique value that additional partnerships can add, particularly as they are “more intimate” than other distribution arrangements, he said.

“People that are in the Haddonfield area that have never been to Auburn Road check the wine out, and they say they’ve got to visit it,” he said. “People in Salem County see that we’re in a place called Jersey Java and they may go out there.

“That’s what the game is all about.”