Now in its fifth year, the nonprofit public arts program has installed more than a dozen works of art in the borough, with more planned for the future. 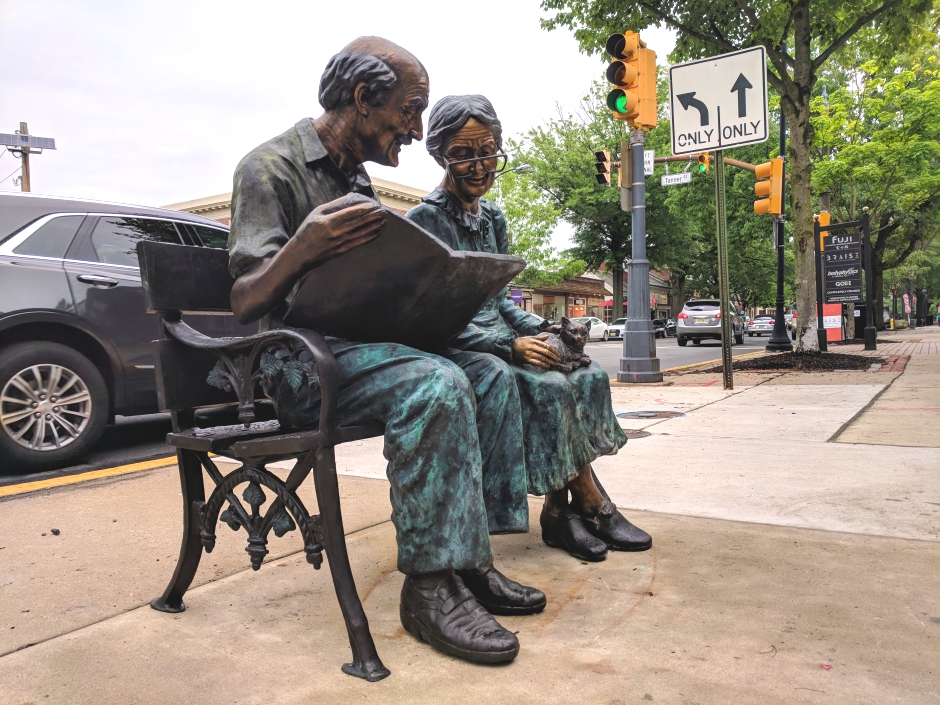 The historic landscape of downtown Haddonfield has seen changes through the centuries, but none quite like what the Haddonfield Outdoor Sculpture Trust (HOST) has been able to produce since 2013.

In that time, the independent nonprofit group has installed more than a dozen public works of art on a temporary or permanent basis.

Now the organization is planning to build a deeper foundation for its development with an artist-in-residence program in one of the borough-owned buildings on the Bancroft property.

Haddonfield commissioners have committed to an agreement whereby HOST will create a sculptor-in-residence program at the carriage house on Hopkins Lane.

Mayor Neal Rochford described it as an adaptive re-use of a historic property.

“Historic preservation and open-space development in a tax-neutral way have always been our goals for the parcel,” Rochford said. HOST “adds an element of class and an element of interest” to the borough downtown, and “gives you a nice conversation piece,” he said.

HOST chairman Stuart Harting said the residency program will be developed for a potential launch in the fall of 2018 at the earliest. Tentative plans would place graduate sculptors from Rutgers and the Pennsylvania Academy of the Fine Arts in two studios to be created within the structure. 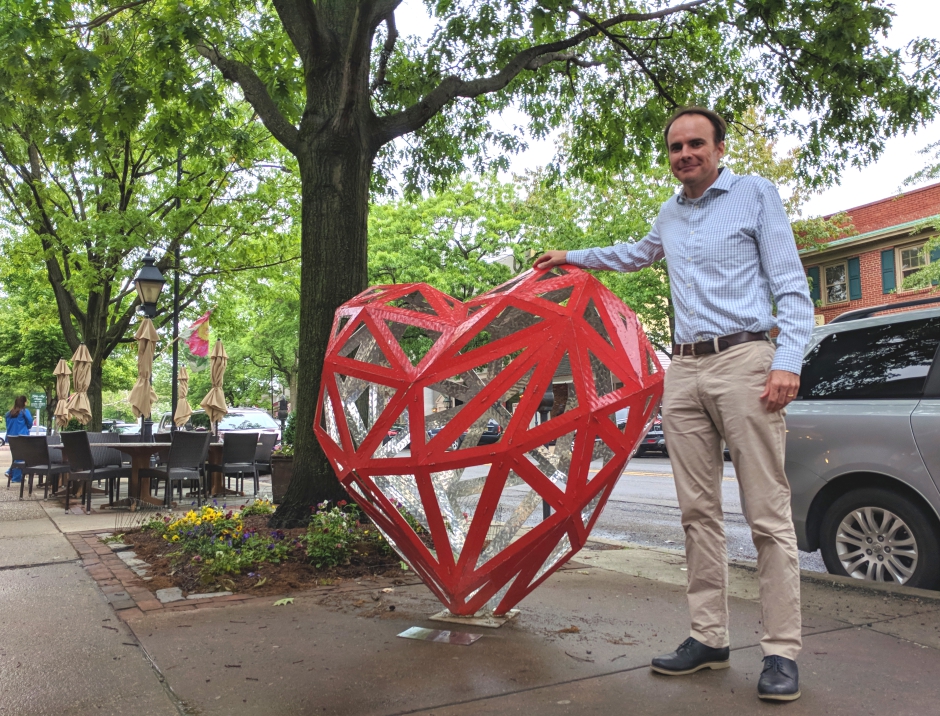 A $5,000 grant from the Haddonfield Foundation has put the project halfway to covering its $10,000 tools and equipment costs, but the building will require more than that for its redesign.

“We need support from the public,” Harting said.

Sculptors in residence would potentially create works to support the HOST collection while also earning college credit, living on the grounds, and teaching local artists, he said.

Philadelphia artist Miguel Horn of Traction Company said communities that host artists-in-residence programs benefit as much from those opportunities as the sculptors themselves do.

“As an emerging artist, it’s a really great way to experience the role of an educator,” Horn said, “and you’re open to the community you’re working with. People come in and see what you’re doing.”

It could also be a chance to produce a work that is adopted by the town. Horn, whose work, “Uno,” is on permanent display at the intersections of Mechanic and Tanner Streets, said, “It’s a point of pride” that his work is installed in Haddonfield.

“I connect with people a lot from the region,” Horn said. “I think New Jersey does have a rich sculptural tradition. It’s nice to join that history.” 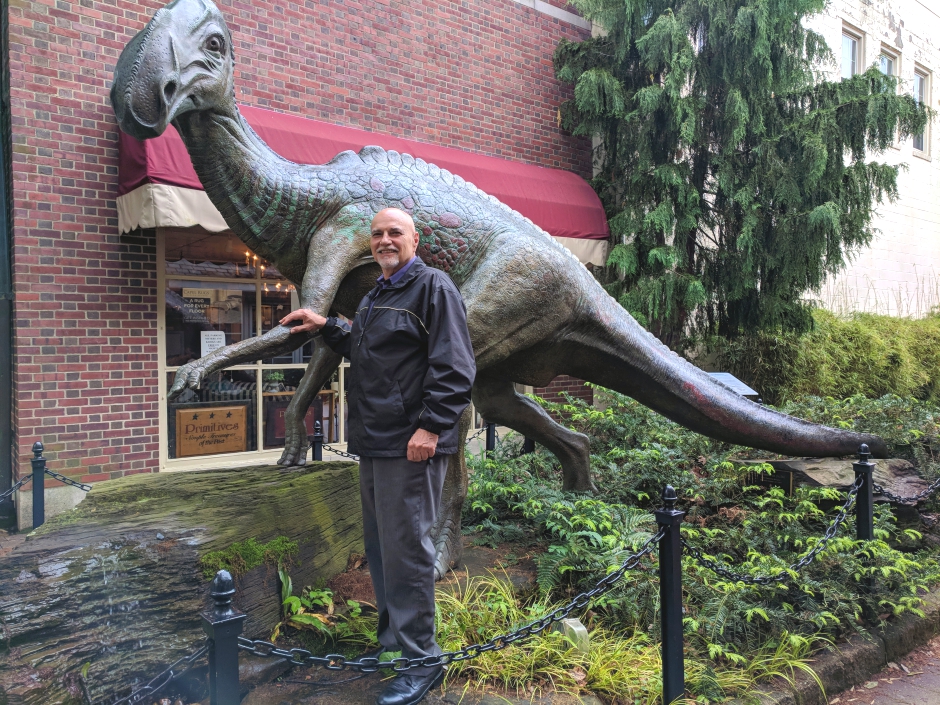 Duffy’s sculpture, which was created as a gift for his wife, has been displayed all over the country, from Georgia to Colorado.

“It’s a great way to get to know a lot of small towns all over the place,” he said.

“[Haddonfield]  makes you feel like you could be at home.”

Haddonfield resident John Giannotti, who gifted his hadrosaurus sculpture to the borough years ago, said the addition of public art installations helps visitors and residents explore their communities in new ways.

“I really believe in the serendipity of outdoor art,” Giannotti said. “It gives the town a kind of presence. It’s a way to give it a feeling of life.”