Authorities said the fire was accidental. No information about the victim was released pending notification of her family. 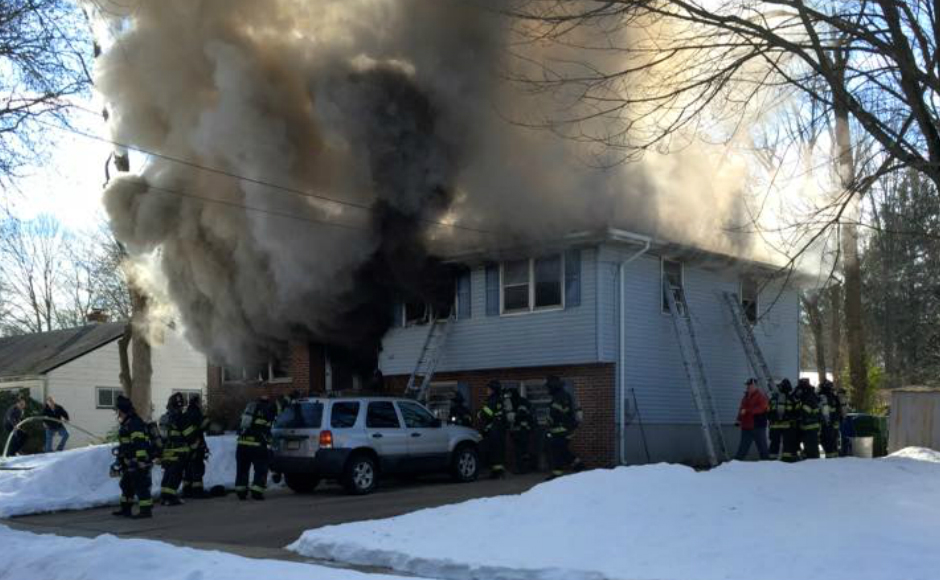 A Cherry Hill resident died from injuries sustained in a kitchen fire in the Kingston section of the township Thursday morning.

At 10:04 a.m., the Cherry Hill Fire Department arrived at a home in the 400 block of Sheffield Road to discover heavy smoke and fire.

Firefighters battled through to the second floor of the house, where they recovered the lone occupant of the home in a bedroom.

The resident was treated at the scene by Cherry Hill EMTs and Virtua paramedics before being transported to Kennedy Hospital, where she later succumbed to her injuries, according to a statement from the Cherry Hill Fire Department.

The woman was not identified by authorities, but neighbors familiar with the family have created a GoFundMe campaign to help cover funeral costs.

Three firefighters were also injured responding to the scene, having sustained minor burns while searching the house for the resident. They were treated at Kennedy, and later released.

Crews responded within five minutes of the 9-1-1 call and had the fire under control within 38 minutes of arrival. The fire was determined to be an accident, but its exact cause is under investigation by the Cherry Hill Fire Marshal and the Camden County Prosecutor’s Office.

Cherry Hill Fire Department spokesperson Tamara DeLucca said the department likely will canvass the neighborhood next week to make sure that homeowners have working smoke detectors.