Trending
You are at:Home»Police & Fire»Haddon Heights»Hundreds Turn Out for McLaughlin, Norcross Memorial in Haddon Heights

Twenty years after the shooting deaths of the two lawmen, the community that mourns them held a day of remembrance. 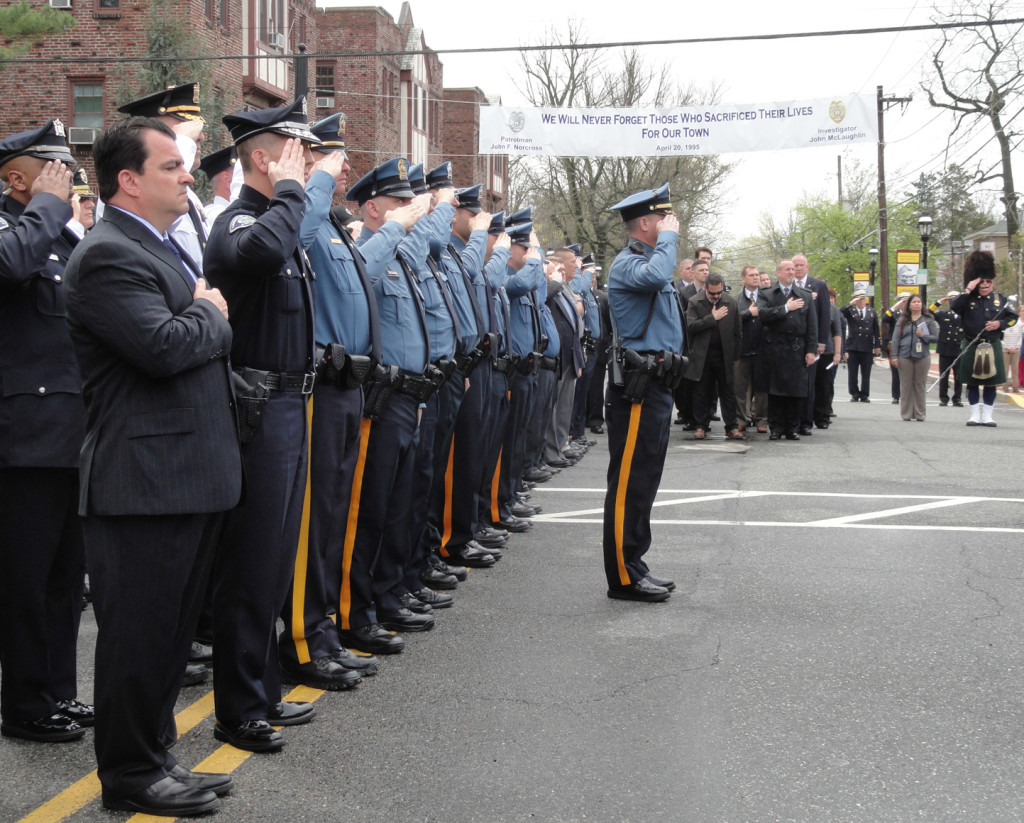 On April 20, 1995, the streets of Haddon Heights were jammed with police vehicles from every district within radio distance of the shooting that claimed the lives of John McLaughlin and John Norcross.

Twenty years later, just as many departments were represented by a row of vehicles nearly a full city block long, as officers again flocked to the borough in which McLaughlin and Norcross fell, this time to honor their memories.

A ferocious morning downpour had broken into warm sunshine by mid-day to spare the mourners the discomfort of grieving in the elements, as the local community gathered to rededicate the clock that functions as a monument to the departed officers.

“It’s not about the people who are here today,” said Haddon Heights Mayor Edward Forte, opening the service. “It’s about the two guys that aren’t: John and Jack.” 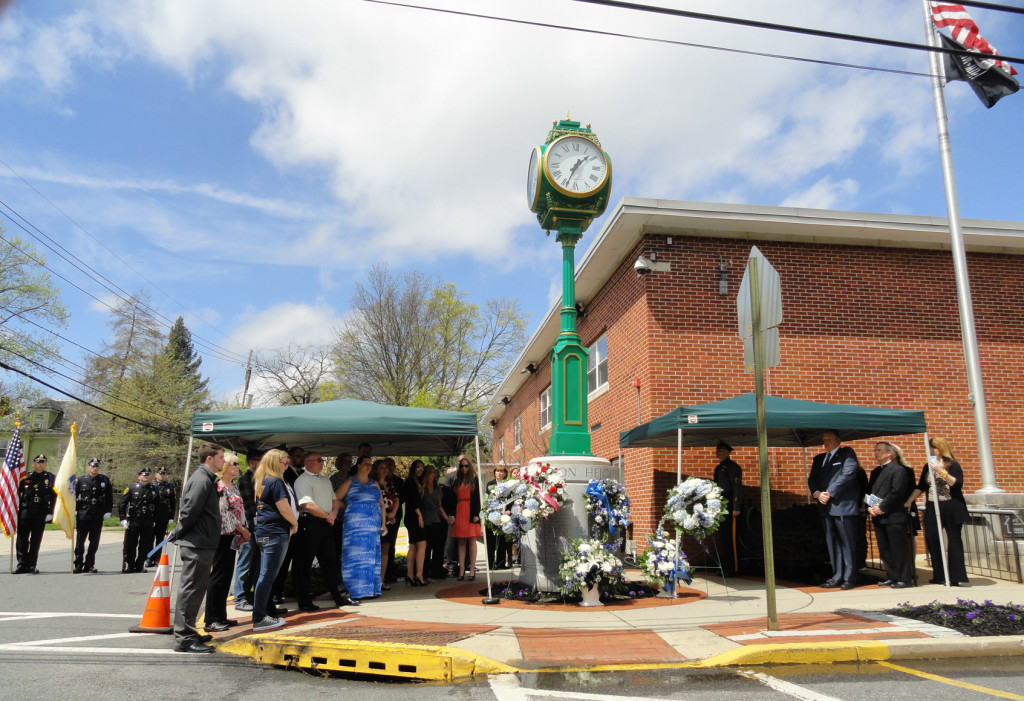 Speaking on behalf of the committees that fundraised to erect the memorial, and to repair it after it was damaged in a 2011 earthquake, Haddon Heights resident Roni Olizi found her remarks interrupted by the chiming of the clock at a quarter past the hour.

“Good, that’s what we like to hear,” Olizi said.

The moment was apropos: she had been speaking of how the clock is commemorative of how “all of us who lived in this town 20 years ago…can remember where we were at the time” of the incident.

Olizi’s remarks stretched back to a day before the shooting, when she recalled a resident questioning borough leaders for retaining a police force of its size in a town so free of crime. 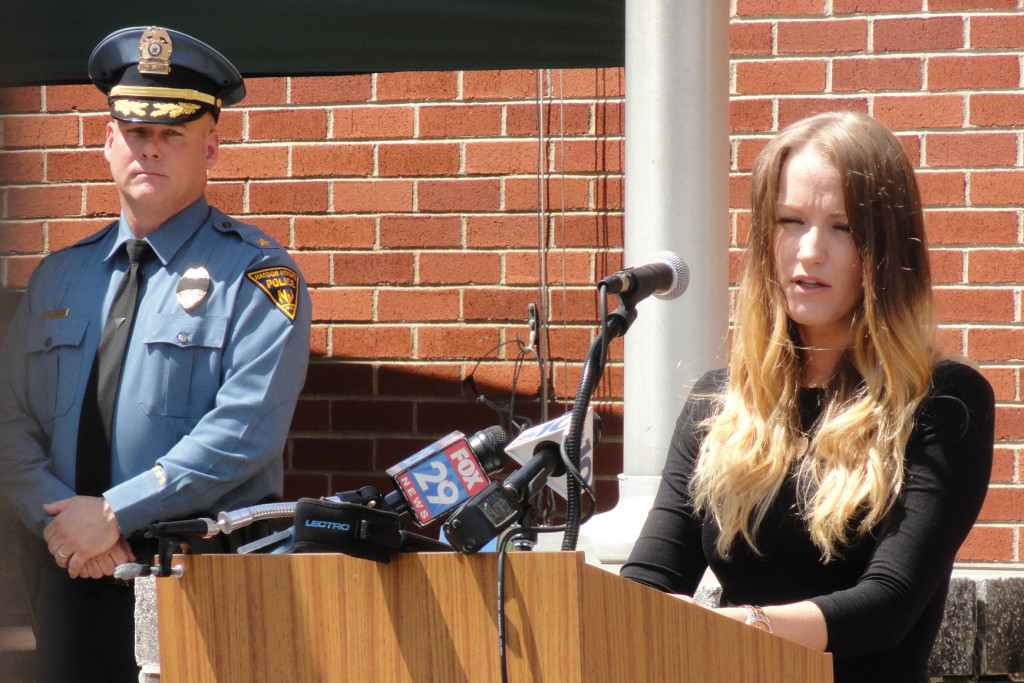 She asked the crowd to treat the monument as a reminder of the people who keep the town safe, “and to ask God to grant us the kindness and tolerance to live in a small community.”

In acknowledging the survivors of the tragedy, Haddon Heights Det. Sgt. Bruce Koch reserved special praise for his fellow officer, Richard Norcross, who survived the shooting, “for your strength and resolve in not letting this tragedy derail your love for our noble profession.”

Ronald Moten, Chief of Detectives of the Camden County Prosecutor’s Office, credited Richard Norcross as the founder of an intelligence unit that has allowed his homicide division to provide closure to families that had lost loved ones to violence. 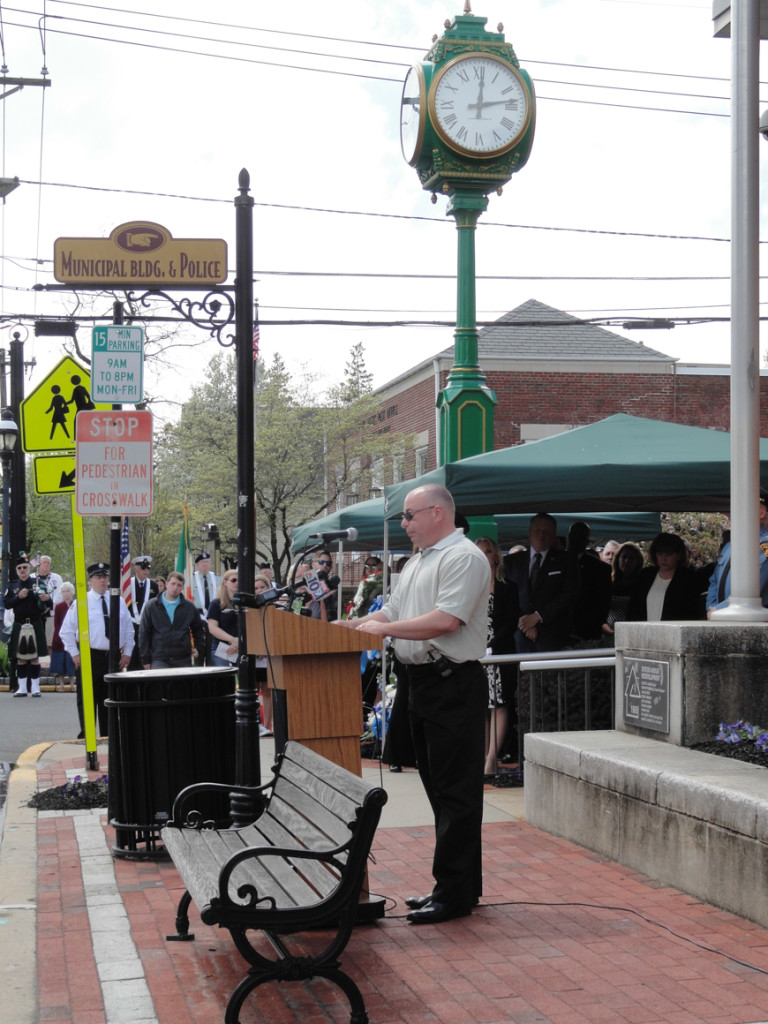 Although Moten hadn’t had the chance to meet John McLaughlin prior to his death, he said he “could empathize with the pain and confusion” of his surviving wife and daughters, having lost his own father to violence.

Richard Norcross described his late brother John as “a generous soul who people easily liked,” adding that the Biblical inscription on the monument—“Greater love hath no man than this: that a man lay down his life for his friends”—is appropriately reminiscent of him.

“May we never place another name at this memorial,” Richard Norcross said.

“You see the showing of how law enforcement supports each other,” Koch said at the conclusion of the ceremony.

“I know there were people who were there 20 years ago and they made a point of coming today.”

“Everyone did more than we could have ever asked for,” said Victoria McLaughlin, who offered a few words in memory of her late father, John.

“We’re thankful for everybody that took the time to come out today,” she said after the service.

“The last 20 years have forced our family to unite stronger than we could have been,” added her mother, Kim. 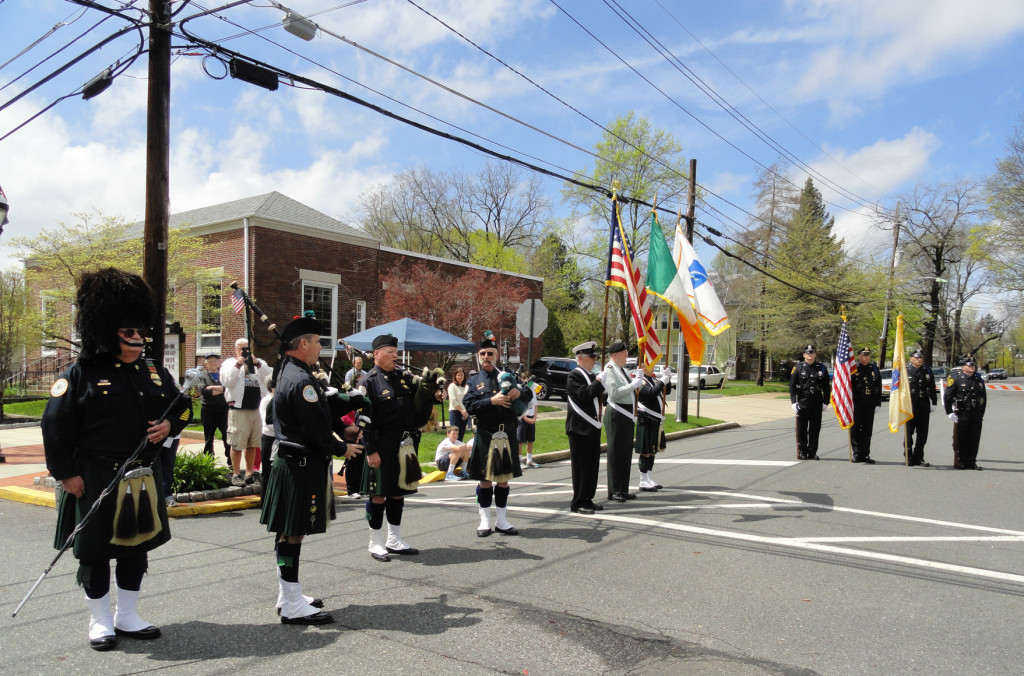 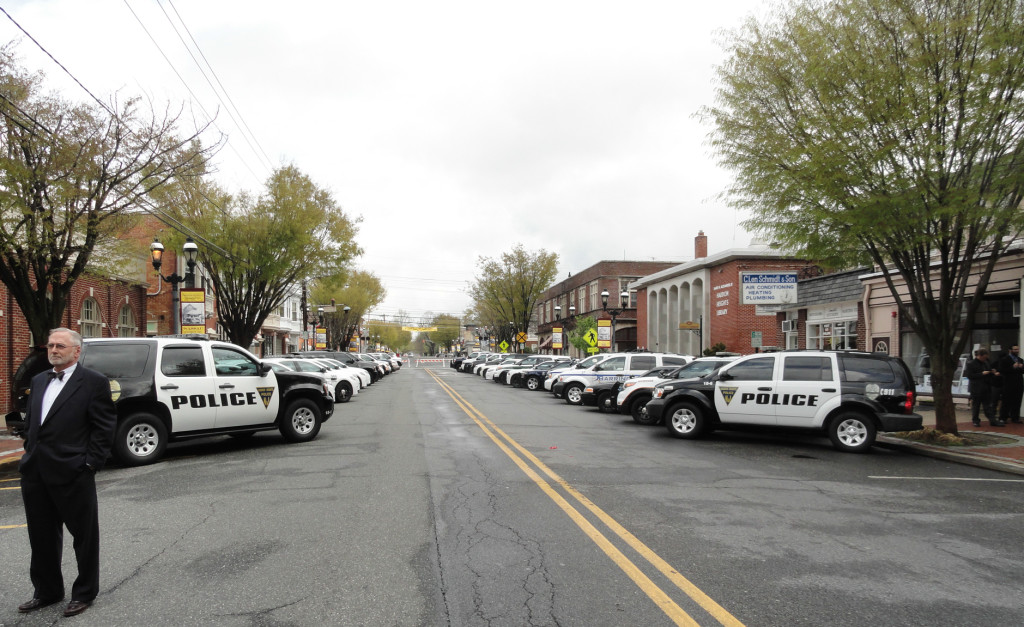 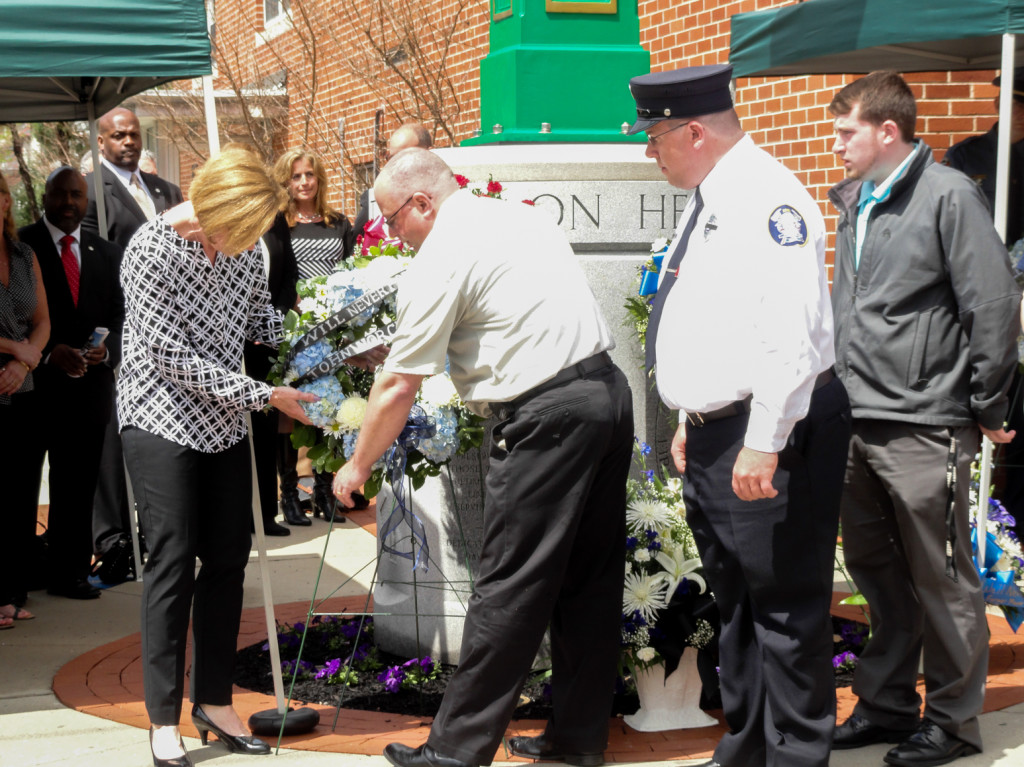