The approximately $40-million, four-year project will be built in two phases. Fully deed-restricted to seniors and adults with special needs, designers say it will fill a significant community housing demand. 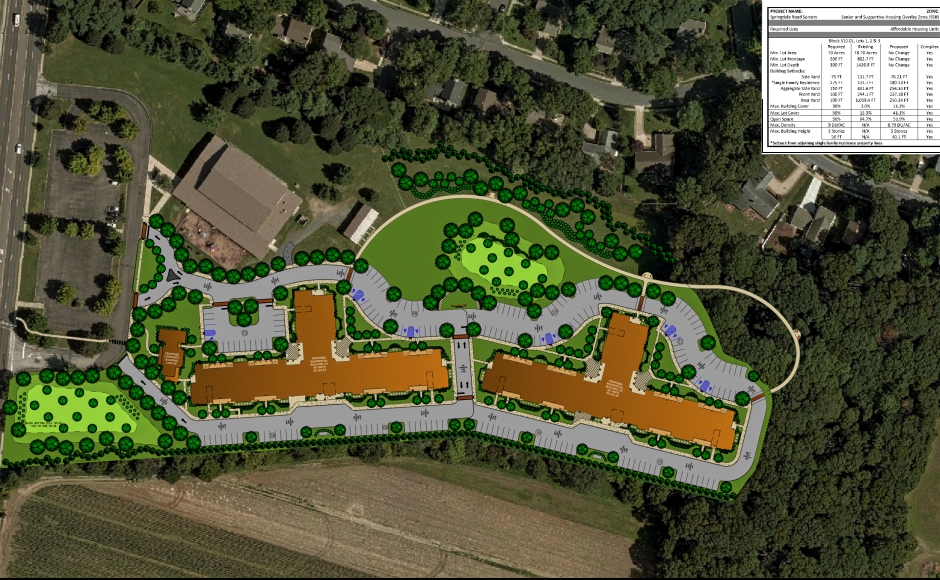 The Jewish Federation of Southern New Jersey has been granted approval for a deed-restricted rental housing project intended to provide affordable living for seniors and adults with developmental disabilities.

Tentatively called “The Commons,” the 15-acre, $40-million project is located at 1721 Springdale Road in Cherry Hill.

It will consist of two, 80-unit, three-story, 85,000-square-foot buildings that will be built in two phases over four years.

Twenty percent of those units will be reserved for adults with developmental disabilities; the remainder will be senior housing for seniors aged 55 and older, deed restrictions that are guaranteed for 45 years. The way was cleared for the site to be used as senior and supportive housing by township council actions in May.

“Housing for individuals with developmental disabilities is moving towards an integrated model,” said Pennrose regional vice-president Jacob Fisher. “The vision of the Jewish Federation and of Pennrose is that the people that we market it to will be able to receive services as needed dependent on their level of need.”

Developers will seek low-income housing tax credits from the New Jersey Housing and Mortgage Finance Agency (NJHMFA) for each phase of the construction. NJHFMA credits are awarded competitively on an annual basis, and could provide as much as 70 percent of the equity for the project. Pennrose Properties will manage the property and has been coordinated its development with architects Kitchen and Associates and site planners from Mid-Atlantic Engineering.

Unique to the building designs are its first-floor, one-bedroom, quad clusters, which are self-contained but feature separate entries to an indoor common area. These units are reserved for its special-needs residents, and will be tapped for supportive services and community programming, allowing residents to retain their independence within a structured social setting.

The site will be accessible to vehicle traffic, county transportation, and on-demand Access Link shuttle service. A NJ Transit stop is just a half-mile away, at Springdale Road and Route 70, and onsite parking will approach a one-space-per-unit ratio. 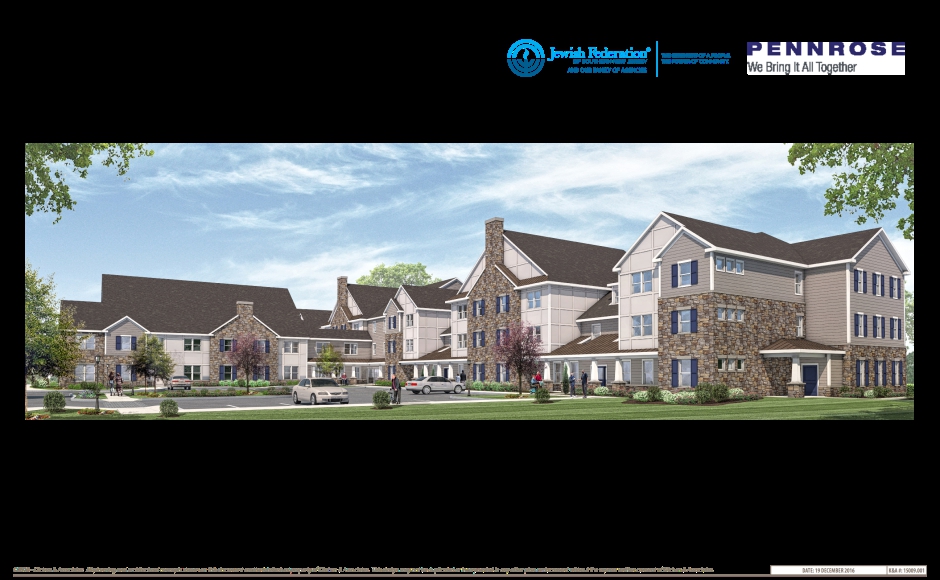 The parcel of land was purchased from the Bethel Baptist Church by the Jewish Federation a few years ago, and lies adjacent to its headquarters at 1301 Springdale Road.

Fisher said the proximity of the two sites will allow for the project to closely connect them, at minimum, via a perimeter walking trail that extends into the wooded area of the property.

“It’s our hope and expectation that there will be some interconnection between the individuals living in the special needs units and the programming that’s available at the community center, and that there’s staff members who will be participating in the community at the building,” he said.

“In buildings we have that are similar to this, we have individuals who are working with teachers; there’s a real friendship and rapport that can evolve.”

Fisher said project planners have worked to make good use of the available land while minimizing the impact of the facility to neighbors; nonetheless, he said the benchmark for what it can achieve will be reflected in the community that’s created there.

“I think it will be a success when we see the two populations interacting with one another [and]sharing space,” Fisher said. “That’s what we’re going to strive for.”

Jewish Federation CEO Jennifer Dubrow Weiss said the project is a labor of love that nonetheless offers a vital connection to its community-oriented mission. The agency operates other subsidized senior-living facilities in the region, each of which has years-long waiting lists. Weiss said developing housing for special-needs adults to integrate within its array of social, vocational, and recreational services has long been a priority as well. 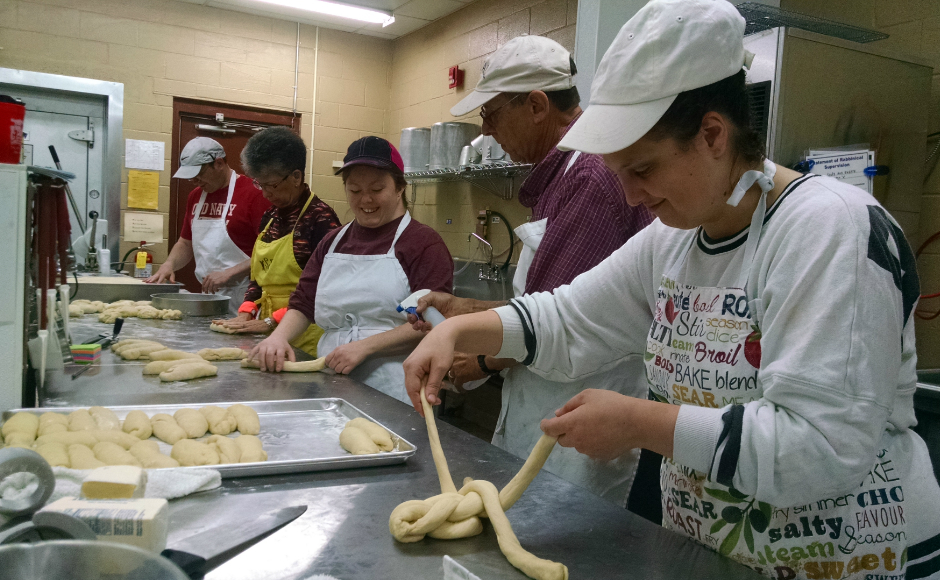 At the Jewish Federation of Southern NJ, Soups and Sweets trainees prep challa in their kitchen under the supervision of Chef Louis Ruttenberg. Credit: Matt Skoufalos.

“There’s this huge population of unmet need where it’s very costly to live today: people who have special needs, or seniors who fall between the cracks of not having enough money to be able to afford to retire in a private apartment complex, and a little too much money to qualify for Medicaid,” Weiss said.

“Part of the issue was how do you keep people’s dignity intact, and have something that builds on their strength, as opposed to what they might not have?”

“How do we build on the strength of people who have grown up in this community, and who need to have a place to live when their parents have gone?”

Weiss has high hopes for the project financially because the NJHMFA tax credits will offset the bulk of the cost of its execution; she has even higher hopes for the needs it can address among area residents who are interested in a community with a cultural sensitivity to their Jewish heritage.

“You don’t have to be Jewish to live here, but Jewish holidays will be celebrated here,” she said. “Meals will be kept kosher for people who are religious. We’re going to have a little bit more sensitivity.”