Thirty-four-year-old Nicholas Casaburri was arrested by U.S. Marshals in Philadelphia for the robbery of a trio of banks in Gloucester Township, Bellmawr, and Lawnside. He is being held without bail. 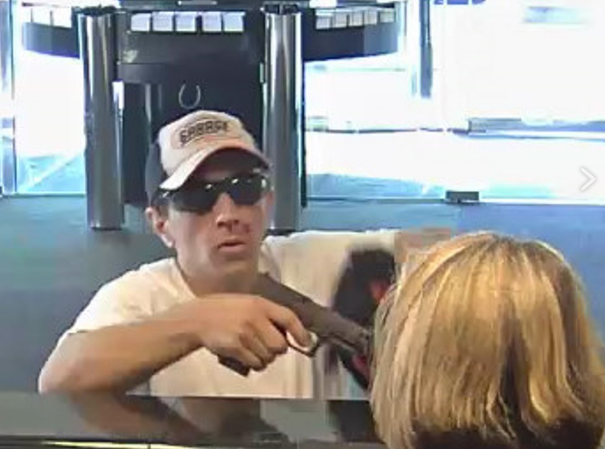 A man wanted in the armed robbery of a trio of South Jersey banks. Credit: CCPO.

A Massachusetts man whom authorities say was behind a string of armed bank robberies in Camden County was arrested Thursday in Philadelphia by detectives from the Camden County Prosecutor’s Office (CCPO) and U.S. marshals.

Authorities believe Casaburri allegedly robbed TD Bank branches in Gloucester Township and Bellmawr and a BB&T Bank in Lawnside. Casaburri also faces charges for an alleged bank robbery in Pennsylvania, where he is being held without bail.

All persons charged with crimes are presumed innocent until proven guilty in a court of law. An arrest is not a conviction.