Local members of Moms Demand Action for Gun Sense in America will host a candlelight vigil and walk in Audubon at 7 p.m. Saturday, December 12. 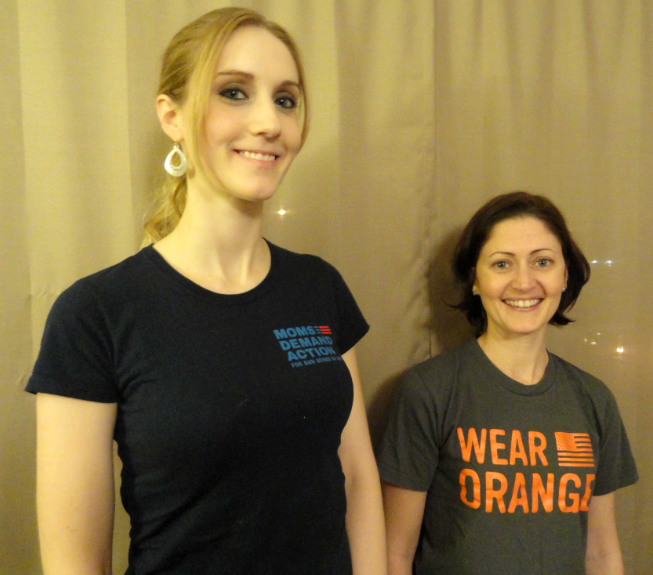 December 14 will mark the third anniversary of the shooting at Sandy Hook Elementary School, in which 20 children and six adults were murdered in Newtown, Connecticut.

In the wake of that tragedy, the grassroots group Moms Demand Action for Gun Sense in America was formed to counter the effect of gun lobbyists on policy-making.

With the third anniversary of the incident approaching, the group is organizing a candlelight vigil in Audubon on December 12 to commemorate the lives lost to gun violence in America.

As an organization, Adamoli said Moms Demand Action respects the Second Amendment as a facet of American culture. She stressed that the group believes in commonsense legislation to end the threat of gun violence. Just like Mothers Against Drunk Driving focused on reducing drunk driving deaths and not banning alcohol, Moms Demand Action is working to help put better controls around the issues of gun violence.

“In our organization, we actually do have a lot of gun owners who say that the gun lobby doesn’t speak for them, and that you can have commonsense reform while allowing law-abiding citizens to own guns,” Adamoli said. “There’s a lot that we can do to improve the safety of our children without banning everything.”

Diana Trasatti, Communications Lead for the New Jersey chapter of Moms Demand Action for Gun Sense in America, isn’t a mom. She is, however, a guidance counselor who has seen the grade-school children in her care have to begin practicing active shooter drills along with fire evacuations.

“You look at these kids and they’re so small, and they have such joy and so much life in them, when something terrible has happened, you want to prevent future events like that,” she said.

“It’s a hard issue to talk about because I feel like it does incite so many emotions, but it’s important to have the conversation,” Trassati said. “It’s upsetting when there’s setbacks, but this is a marathon, not a sprint, and it’s a race we will win.” 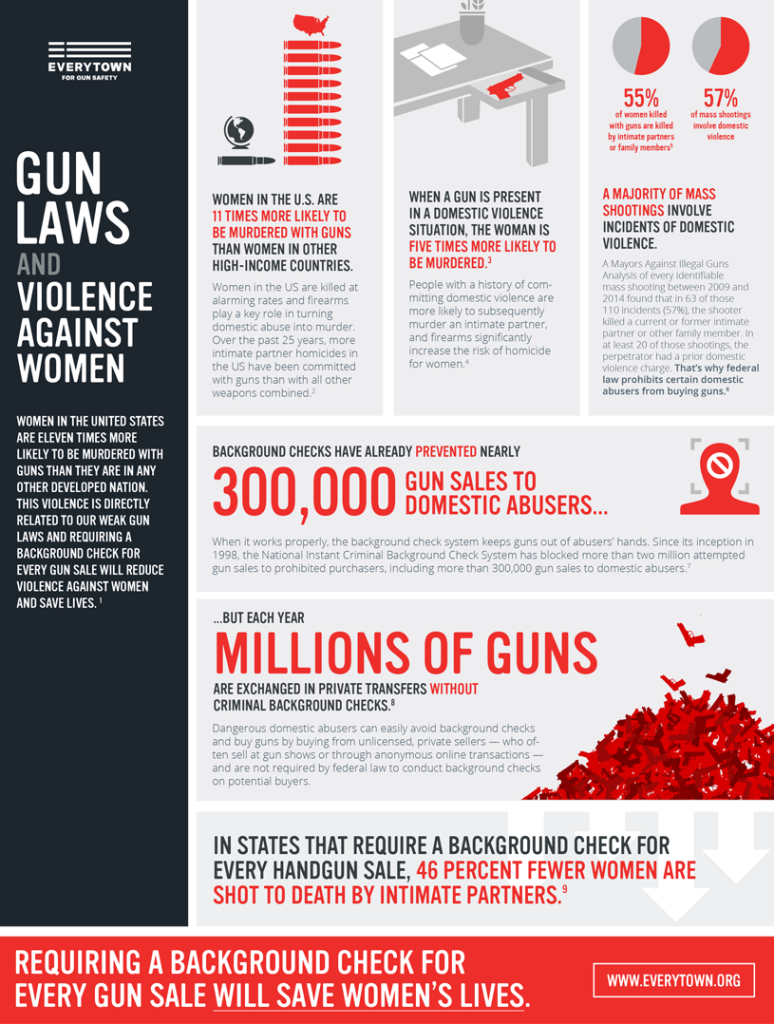 As a political lobby, however, groups like the National Rifle Association (NRA) have a 30-year head start on the issue of firearms legislation, making even commonsense reforms harder to come by.

Since 1990, the NRA has contributed almost $22 million to political campaigns; since 1988, the group has spent almost $39 million on lobbying at all levels of government.

It ranks 10th nationally in outside spending, with another $28 million in contributions from “dark money” organizations that do not have to disclose their donors’ identities, according to OpenSecrets.org.

Those dollars are largely spent in support of a firearms industry that is valued anywhere between $11 billion and $14 billion by various market analysts. Black Friday 2015 was a record day for gun buyer background checks, the New York Times reported last week. Predictably, nothing pushes sales of guns higher than a mass shooting, as lawmakers promise tighter controls on weapons amid counter-rhetoric from lobbyists who trumpet gun ownership as the only defense against gun violence.

The conversation similarly vacillates in the houses of government, a natural byproduct of all that money on the table. In early November, the New Jersey Assembly passed a bill that would revoke the gun-buying rights of domestic abusers and would require anyone convicted of domestic abuse or bound by a domestic violence restraining order to surrender his or her guns. 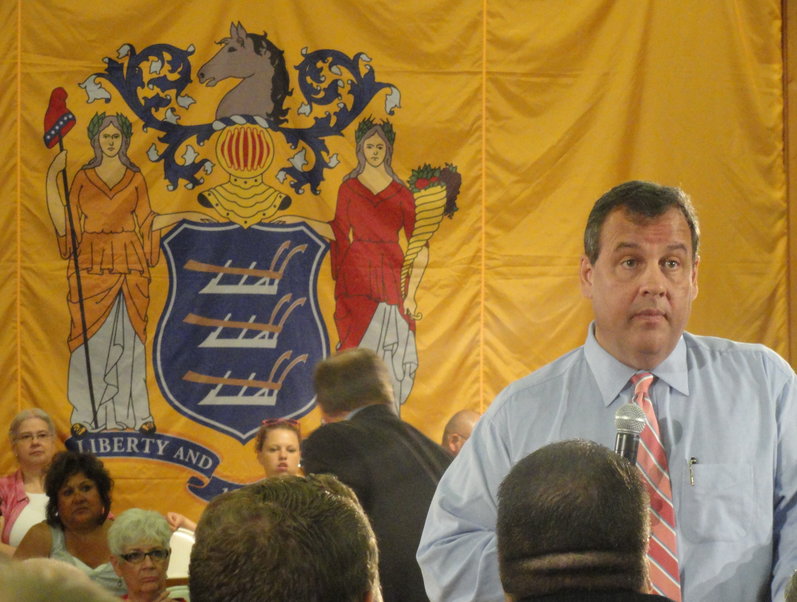 Gov. Chris Christie vetoed that legislation; his suggested amendments to the bill instead included a clause to expedite firearms purchases for victims of domestic abuse so that they “may better defend themselves against future instances of abuse.”

In August, Christie vetoed a bipartisan bill that would have obligated law enforcement to be notified when a person who has been committed to a psychiatric hospital asks a judge to expunge a record of his or her mental health for the purposes of buying a gun.

Since 2013, New Jersey has reported such activity to the National Instant Criminal Background Check System, which gun retailers must consult before selling a firearm.

Last week, even in the wake of the mass shootings in Savannah and San Bernardino, lawmakers fell three votes short of overriding the governor’s veto, NJ.com reports. Outcomes like that underscore the grip of the gun lobby on lawmakers, even in a state like New Jersey, which has among the strictest gun safety laws in the country, Adamoli said.

Collingswood Mayor James Maley, who is one of 88 New Jersey mayors to have joined the Mayors Against Illegal Guns coalition said the only way things will change is if voters can overcome the financial impact of gun lobbyists at the polls.

“This is probably the greatest example of the influence of money in campaigns,” Maley said. “It’s just campaign cash. People get elected with that support, and if anybody goes the other way, they get massive amounts of money spent against them.”

Commonsense reform is all but impossible in such an environment, when a coalition of people against illegally obtained weapons still faces political opposition from the gun lobby, Maley said.

“I think right now, it’s a huge generational thing,” he said. “Once you begin to make that generational change in terms of leadership in the country, in Congress, you’ll start seeing it.” 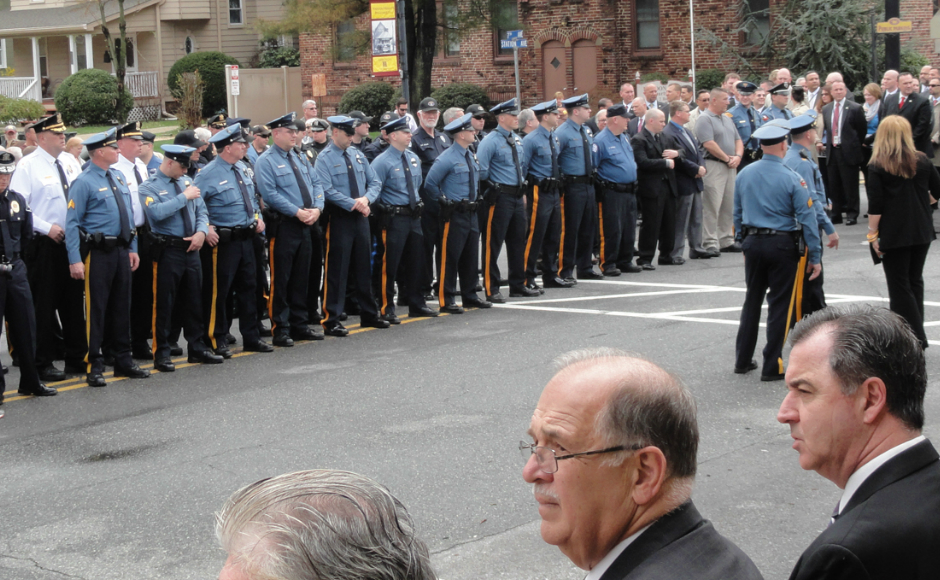 This year, law enforcement from throughout Camden County celebrated the 20-year anniversary of a violent confrontation with a Haddon Heights resident who used an assault rifle to kill two law enforcement personnel in the service of a warrant.

“Most of the [gun laws]that are in place nationally were modeled after [laws in]our state,” Kinkler said. “I do think we have a pretty good standard in New Jersey in general. If you look at most people who commit these acts, there’s underlying mental health issues that we didn’t address as a society.”

Kinkler said that although police must be vigilant in the course of doing their jobs, they could be helped more by laws that would allow them to connect people in mental health crisis with medical services than by stricter gun laws.

“We deal with mental illness on a daily basis, and there’s nothing you can do for [such people],” the chief said. “Unless they’re a direct threat to themselves or someone else, we can’t even take them to the hospital.” 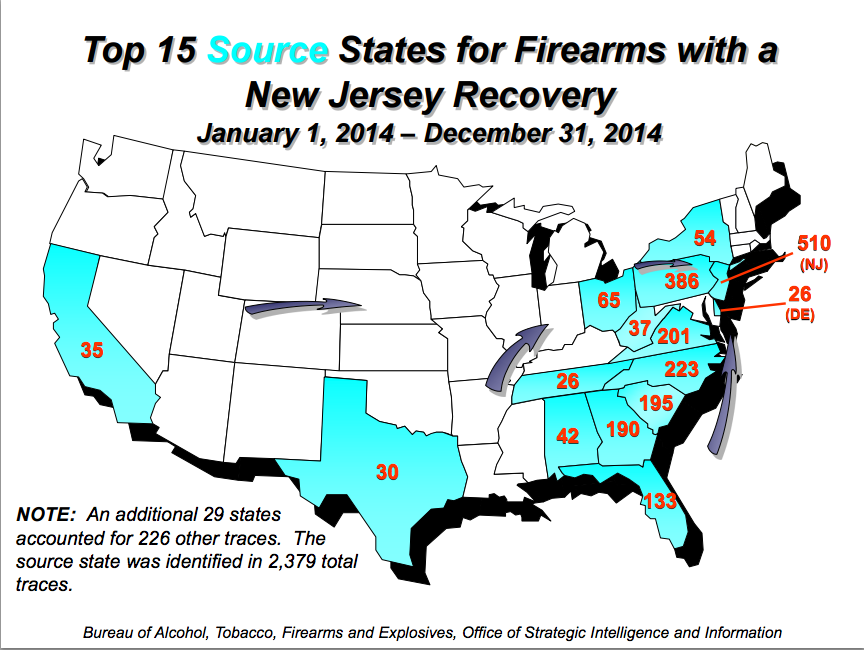 However, in a six-year analysis of 133 mass shootings in America conducted by Everytown for Gun Safety, fears of an eventual shooter’s mental state were only reported prior to 11 percent of such incidents. In only one such incident was a shooter legally prevented from owning a gun due to severe mental illness.

Those same data suggest that mental illness is not as clear an indicator of gun violence as familial or intimate partner relationships, which accounted for 57 percent of victims in the study.

That doesn’t stop people from drawing the conclusion that mental health is the culprit in issues of gun violence. A February 2015 study published in the American Journal of Public Health by researchers Jonathan Metzl and Kenneth MacLeish identified four assumptions that “frequently arise in the aftermath of mass shootings in the United States:

Each of these statements is certainly true in particular instances. Yet, as we show, notions of mental illness that emerge in relation to mass shootings frequently reflect larger cultural stereotypes and anxieties about matters such as race/ethnicity, social class, and politics.

These issues become obscured when mass shootings come to stand in for all gun crime, and when “mentally ill” ceases to be a medical designation and becomes a sign of violent threat.

Metzl and MacLeish go on to describe how “gun violence in all its forms has a social context” that is neither describable in terms of mental illness nor that “mental health practitioners can be expected to address in isolation.”

Connections between loaded handguns and alcohol, the mental health effects of gun violence in low-income communities, or the relationships between gun violence and family, social, or socioeconomic networks are but a few of the topics in which mental health expertise might productively join community and legislative discourses to promote more effective medical and moral arguments for sensible gun policy than currently arise among the partisan rancor.

“Put another way,” the duo wrote, “perhaps psychiatric expertise might be put to better use by enhancing U.S. discourse about the complex anxieties, social and economic formations, and blind assumptions that make people fear each other in the first place.”