For the community of Haddon Heights, the events of April 20, 1995 are unforgettably violent, disturbing, and sad. But 20 years later, the borough is doing its best to move on. 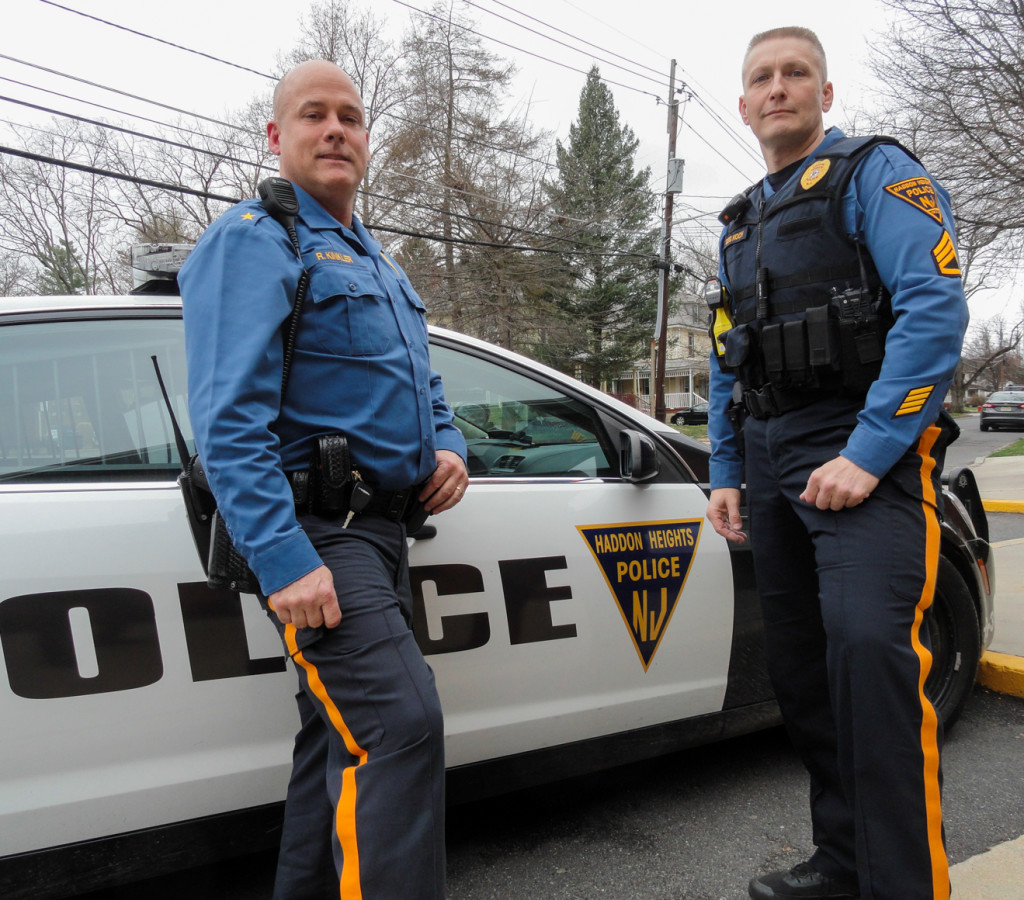 The details of the case sound more like the final act of a Tarantino film than anything that would occur in a wealthy South Jersey suburb.

Two law enforcement officers killed in the process of executing a search warrant; a third, very nearly so.

Their assailant: a depressed, transgendered 37-year-old wielding a scoped AK-47 rifle and trading gunfire with police.

Hero cops who came flying to the scene from anywhere within radio range, escorting their fallen brothers and neighborhood civilians to safety amid a storm of bullets.

And then, after the entire ordeal was concluded, 10 years of trials and appeals before a final sentence was passed.

If there are any questions as to why the community would revisit the events of such a devastating afternoon 20 years after the fact, the simplest answer is that such grief is complicated and resounding. Although that story cannot be rewritten, the conclusion drawn from its telling may be defined in a way that transforms pain into positive action.

‘I’m not going to die on this ugly, green carpet’

On April 20, 1995, Investigator John McLaughlin of the Camden County Prosecutor’s Office and Detective Sergeant Richard Norcross of the Haddon Heights Police Department arrived at a house on Sylvan Drive.

It was their second visit of the day. The pair had been there earlier in the morning to meet Leslie Nelson, who lived in the home with her elderly parents. Nelson had been accused of fondling her three-year-old niece and threatening her with a shotgun. McLaughlin and Norcross had a warrant to search Nelson’s room.

“They went up to the room, and that’s where Jack was ambushed in the upstairs hallway,” said Haddon Heights Police Chief Richard Kinkler.

McLaughlin was killed immediately. As he reached the top of the steps, Norcross was shot in the chest, hand, arm, and leg, according to court documents, and Nelson continued to fire. She only stopped when her mother, Jean, stepped between them, buying Norcross a moment to escape.

“He looked down and said, ‘I’m not going to die on this ugly green carpet,’” recalled Haddon Heights Det. Sgt. Bruce Koch; a detail Norcross repeated to Kevin Riordan of the Philadelphia Inquirer in retelling the tale. 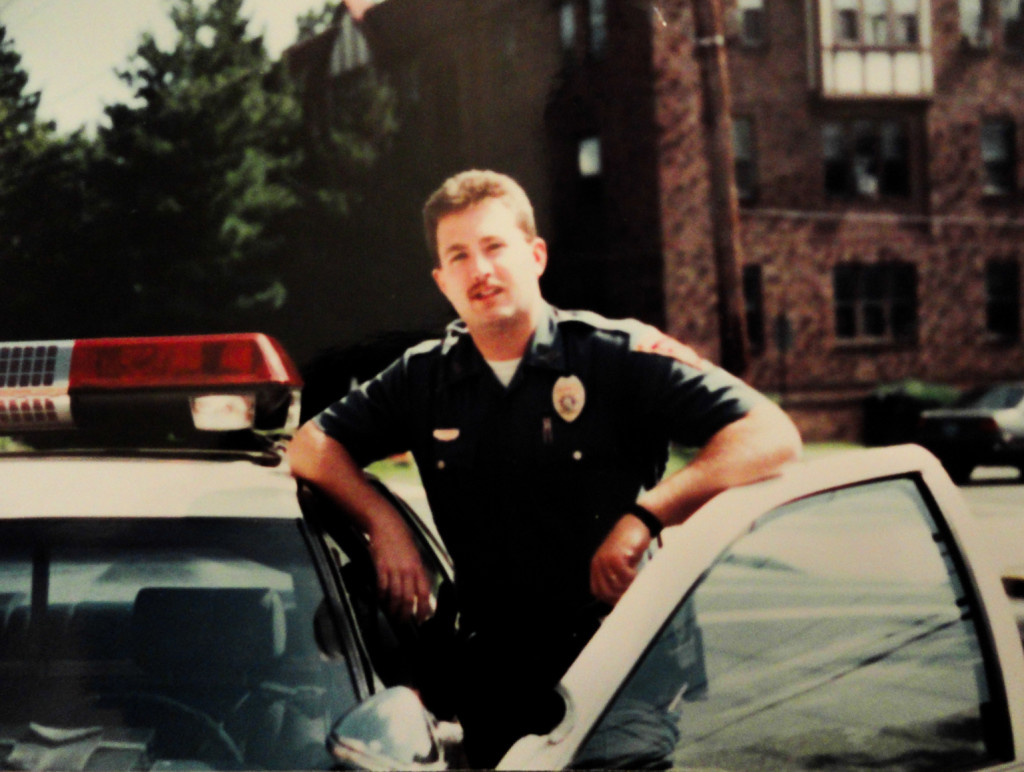 Koch was there that day too, in the backyard. His assignment was to keep Leslie Nelson from getting out the back door and to her van.

He remembers sheltering behind a tree and seeing Norcross run out of the house as Leslie and Jean Nelson wrestled in the kitchen.

For a moment, the shooting stopped. Then the Nelson parents ran out of the house, and the cars came.

“The dreaded ‘shots fired, officer down’ call, and the next thing you know, everybody’s coming,” Koch said; “literally, hundreds of officers from all over. Anybody who had a radio who knew what was going on was headed that way.”

“I don’t know one guy who was on duty that day in this area who didn’t respond,” Kinkler added.

Nelson continued to fire, and riding through the bullets came Mount Ephraim Patrolman Victor Player, who pulled his car around, put Norcross inside, “took him to Cooper, and saved his life,” Koch said.

Among the responding officers was Norcross’ brother, 24-year-old Patrolman John Norcross, a five-year veteran who had begun evacuating neighbor families across the street; “just one of the guys at the perimeter,” Koch said.

John Norcross was shot in the head and killed.

At this point, Koch recalls, Haddon Heights Sergeant (now Captain) Salvatore Giambrone began negotiating with Leslie Nelson, who “started getting her head around the incident.

“I don’t think any shots were fired from that point on,” Koch said. “I don’t know whether she decided that she had done what she wanted to or Sal had reasoned with her, but at that point, the shooting was over.”

It was 4 a.m. when Leslie Nelson came out of the house with her hands up, and was taken into custody without further incident, he said. 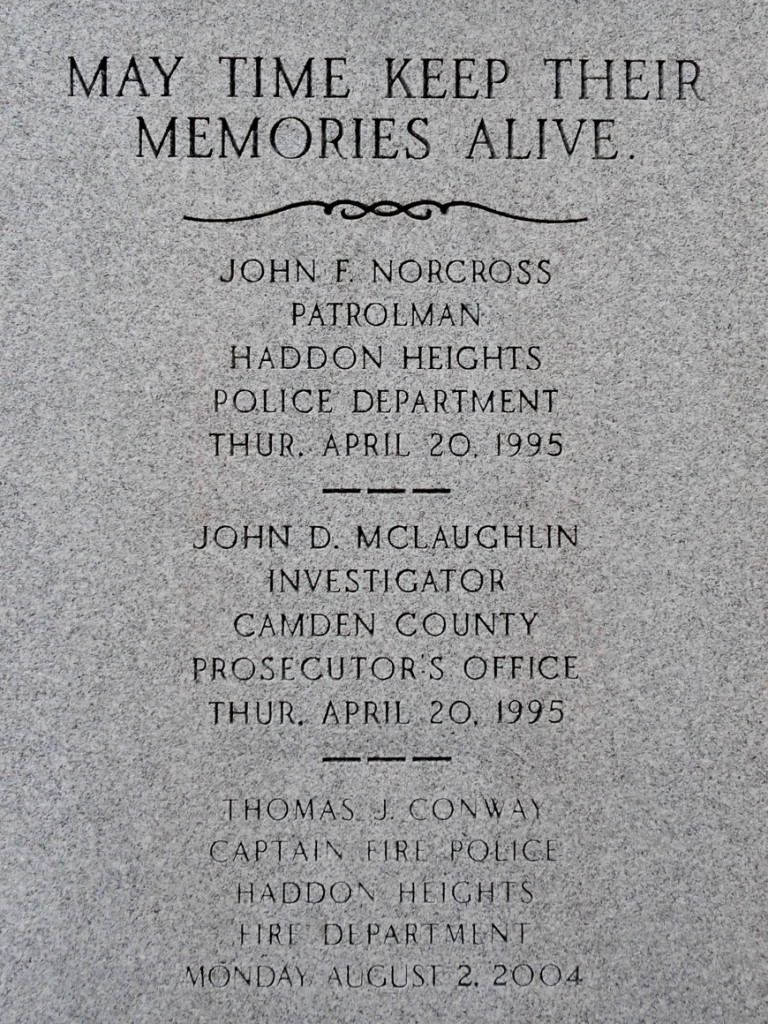 ‘It makes you very cohesive’

The entire situation took 14 hours from start to finish. But the impact it left lasted far longer than that.

One of the many changes to come of that day for police was tactical. Although the officers on the scene were wearing bulletproof vests, the type of weapon Leslie Nelson was using “goes through a bulletproof vest like a hot knife through butter,” Koch said.

Officers at the time had been issued shotguns for controlling standoffs, but they were effectively useless at any safe distance from the firefight.

“Now we all have M4 rifles,” Kinkler said. “It actually gives you fewer incidents because people know what we have. The other good news is, when we are subjected to something, we have something to combat them to make the situation safer for us.”

The incident also illustrated the need for regional tactical units to serve warrants in situations of possible concern, the chief said.

Police believed that Leslie Nelson had had heavy ordnance in the house from their visit that morning, and had been given a no-knock warrant to search the premises. They thought they wouldn’t need it. A more heavily armored, quick-strike unit may have been able to defuse the situation differently, he said.

“We’d never had our own tactical team, but we can call those guys out more readily and they get geared up for it,” Kinkler said. “They have additional equipment they can use [that’s] less lethal. They have chemical munitions that they can use to flush the person out of the house. When they’re trained and they’re fast, that’s how fast things happen.”

The second major outcome of the incident, Kinkler said, was witnessing how the men in the departments banded together to support one another in its wake.

“It makes you very cohesive,” he said. “There were 13 of us on the ground here. We were basically living at this place or the PBA hall to get the funerals planned. There were guys coming in from New York who had been through similar incidents. We really pulled together.”

Richard Norcross took control of the incident, Kinkler said, by recounting his version of the day to other officers in the years that followed. His example has been invaluable to the training of younger police, the chief said, by setting a healthy precedent for recovering after a traumatic incident.

“It wasn’t always macho to go and seek help,” Kinkler said. “You don’t see guys with the issues you used to see back in the day, hitting the bottle to hide from police work. They’re more apt to talk it out, which is great.”

“He always has a positive attitude,” Koch echoed. “Anybody who needs help, he reaches out to them. He didn’t let this incident dictate the remainder of his life.”

Koch and Kinkler both described how Richard Norcross’ contributions to law enforcement are still felt even though he’s no longer on duty as an officer. Today, he is the executive vice-president of CSI Technology Group, a software company that works to improve police intelligence, and volunteers to help counsel officers and their families who have been affected by violence.

“The legacy he left was quite amazing,” Kinkler said. “He developed a weekly intelligence bulletin that went out to the whole county. It resolved so many crimes. Who knows what he prevented?” 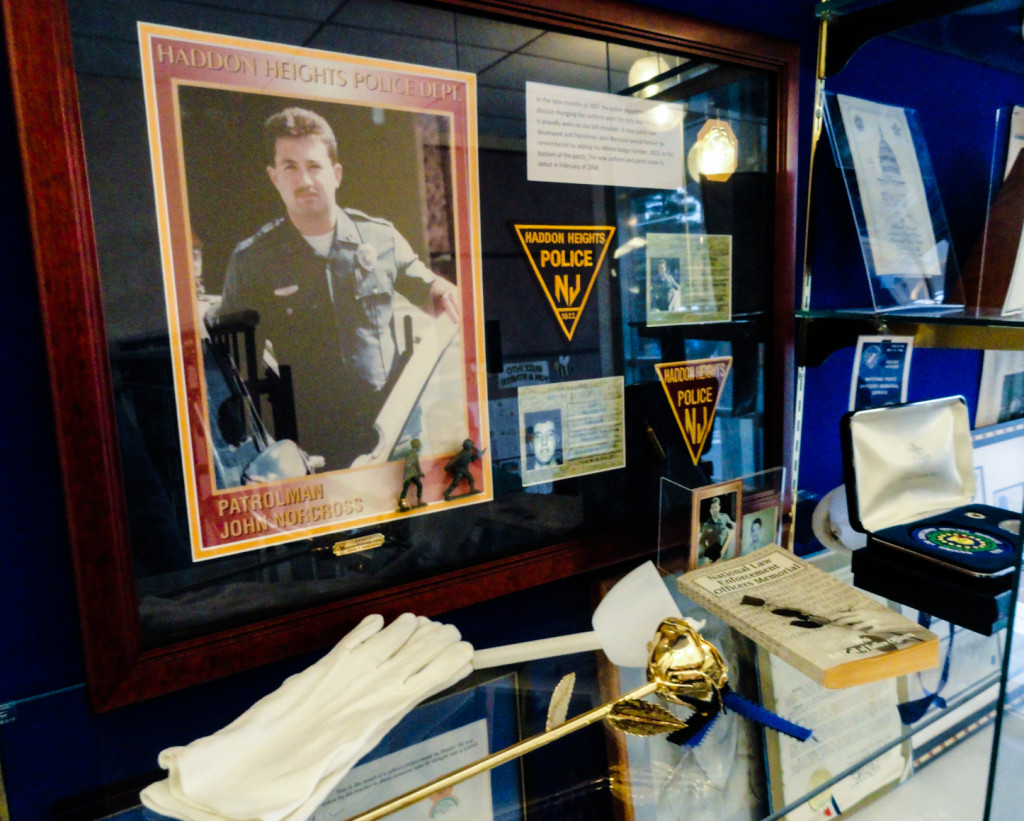 When the dust settled after years of appeals, Leslie Nelson was given two consecutive, non-concurrent life sentences.

From a certain perspective, it could take that long for Haddon Heights to make peace with the damage she did to the community.

But on the eve of the 20th anniversary of the crimes, the borough is responding with some steps toward healing.

At 1 p.m. on Monday, April 20, Haddon Heights will hold a public ceremony to re-dedicate the memorial clock outside its municipal building in honor of McLaughlin and John Norcross.

Then, about three weeks later, on May 9, Chapter 2 of the Police Unity Tour will kick off its 2015 memorial bicycle ride to Washington, D.C. with a carnation drop outside the house at the corner of Sylvan Lake Drive and 13th Avenue. Leading the ride is Koch’s wife, Susan.

Finally, at a date yet to be determined, the department will host a screening of a film being completed by four Rowan University students that retells the story of the day. Merely revisiting the details of the event privately, let alone on camera, is difficult, Koch said.

“There’s 1,000 pieces, and your piece is your piece,” he said. “Sometimes they don’t match up. You’re taking in so much, it’s amazing. But it’s not something we freely talk about with each other. You go back to 20 years ago, regardless of where you were at that day, it doesn’t bring back great memories.”

Nonetheless, Kinkler said, learning how to cope with the tragedy has brought cohesion to the force, given a keener eye to handling such incidents overall, and shown the community to be a resilient one.

“Every year we try to make police work better, which makes it safer for us and safer for the residents without being over-reactive,” he said. “Police work in general has done a great job in rededicating itself over and over again and making towns safer.”