Trending
You are at:Home»Business»NJEDA ‘Sustain and Serve’ Program Puts COVID-Battered Restaurants to Work Cooking for the Hungry

The $2-million pilot program aims to combat food insecurity and give the state’s restaurant industry a lift at the same time. 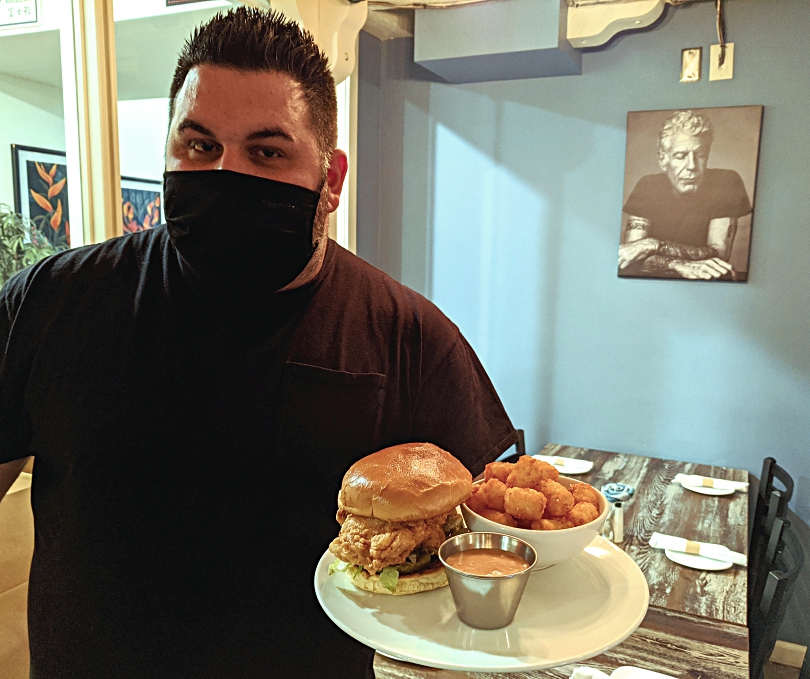 In the past eight months, the kitchen at Denim BYOB in Haddonfield has pumped out everything from groceries to meal kits to pop-up collaborations and prix fixe dinners, as chef-owner David Murray has scrambled to chart a course forward during the novel coronavirus (COVID-19) pandemic.

“We’ve tried to do so many different things, not so much out of desperation, but trying to adapt,” Murray said; “anything we could possibly do to get some repeat business here.”

Outdoor dining provided some lift in a fall marked mostly by temperate weather, but the recent spike in new COVID-19 cases has snuffed any momentum he’d found.

Last-minute cancellations, new indoor gathering capacity limits, and wavering customer confidence in the safety of dining out have all but shut his dining room for the year.

“I already know it’s coming to an end for the time being,” Murray said. “We’re down to a third of what we were doing last year, and I’m working seven days a week.”

So, like many of his peers, he’s working on a new takeout concept to help the business weather over the winter. Murray sees a window in offering fresh chicken sandwiches, tenders, and salads. It’s not his usual fare, but the chef promised, “There’s going to be just as much passion in my chicken sandwich as there is in my filet mignon dinner.

“It doesn’t make a difference to me what I’m slinging,” Murray said. “I just want to feed people food that was made the proper way, with love.” 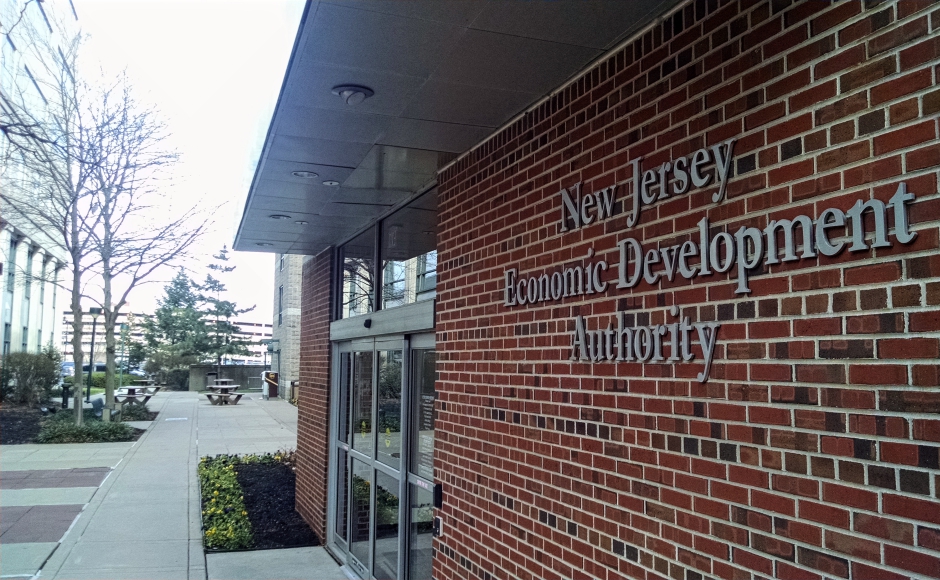 Restaurant owners like Murray are looking for some relief in “Sustain and Serve,” a new program from the New Jersey Economic Development Authority (NJEDA) that aims to pay them to prepare meals for the hungry this winter.

“We’re really excited about this program because we feel like it offers an opportunity to provide resources to restaurants that urgently need them, and feed New Jerseyans,” said Tara Colton, NJEDA Executive VP for Special Projects.

“Unfortunately, what COVID has really laid bare is the depth of food insecurity in the state,” Colton said. “At the same time, we have this incredible array of restaurants making amazing meals.

“We want to make sure the restaurants are there and can weather the storm, but also connect people with real, sustainable, nourishing meals, and not just boxed lunches,” she said.

Sustain and Serve will fund agencies with experience in food distribution to buy meals in bulk from New Jersey-based restaurants hit by the pandemic. Approved nonprofit, for-profit, and government organizations can apply for grants of $100,000 to $2 million. NJEDA will reimburse up to $10 per meal, exclusive of taxes and gratuities, which Colton said could produce a minimum of 200,000 meals.

Applicants must be able to demonstrate a track record of bulk meal purchasing and distribution (at least 3,000 meals totaling at least $50,000) dating from March 2020 through the application date. Target populations for meal distribution include people facing food insecurity, front-line workers, first responders, and senior citizens.

“I think there’s a nice community cohesive element to bridging those connections; it’s a model that pays dividends in a number of different ways,” Colton said.

“It allows people receiving the meals to find out about new places, try different foods, and be exposed to different things.” 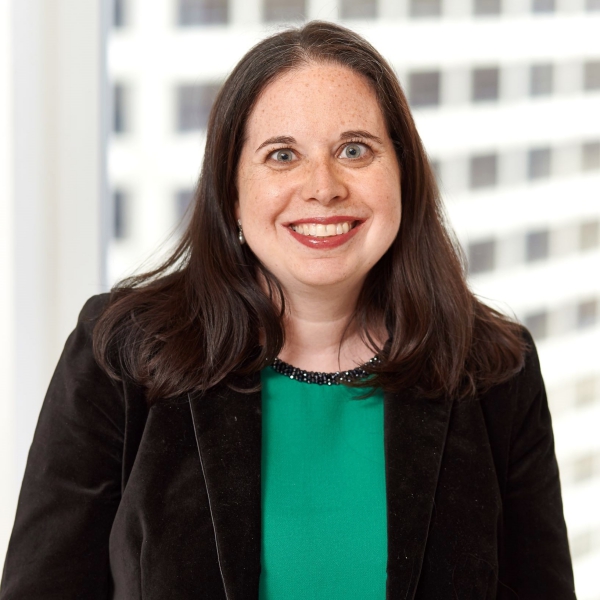 Restaurants can’t apply directly for the grants, but must partner with a food distribution agency.

To qualify, they must have been in business since February 15, 2020 and have suffered hardship from the pandemic.

Only those with 50 or fewer employees, satisfactory health inspections, and in good standing with the state are eligible.

“Part of the reason we’re trying to get this up and running now is not only to help provide resources to the restaurants over the winter, but to lay the groundwork for future potential expansion, and then think about what a larger-scale effort would look like,” Colton said.

The program puts the onus on restaurateurs to connect with a food distribution agency to get their share of the grants, which Colton acknowledged could create equity issues among those entities less savvy about sourcing a partner. Of course, if it proves successful, the program could be broadened with additional funding in 2021.

“I could envision that we cast the net wider in communities that need to start smaller, and that’s where I would see us as moving,” Colton said. “If we are able to make more funding available, the entity that does the purchasing could also broaden the number of restaurants we work with.”

An abundance of need

Greg DeLozier, Senior Director of Advocacy and Government Relations for the Food Bank of South Jersey, said his organization is likely to apply for a Sustain and Serve grant, not only to support local restaurants that are struggling under the weight of the pandemic, but because food insecurity “is getting much, much worse” across the region.

“People are leaving the labor force in record numbers,” DeLozier said. “As they come off unemployment, they’re not going into a job; they’re going off the grid.”

Four times more women are departing the workforce than men are, many of them caregivers to a school-aged child on a remote education model. Some are single parents whose unemployment is expiring. Others still might just be struggling to make ends meet if their workplace isn’t open. In situations like those, they’re likely to need the support of an agency like the Food Bank. 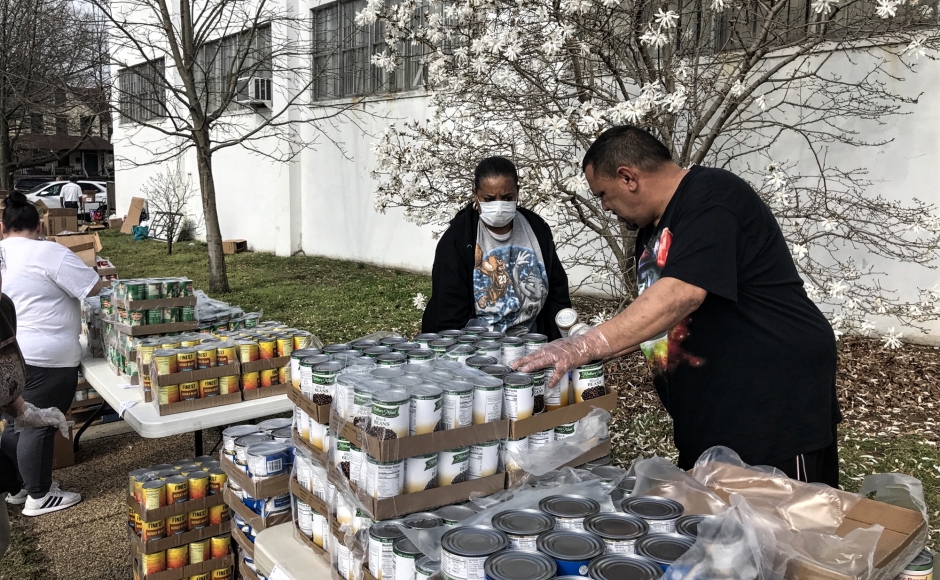 “If you have a family on one income that can meet its basic needs, that’s one thing,” DeLozier said.

“If you need two and you lose one, those folks are going to be on our lines.”

The Food Bank is already seeing the impact of those sidelined from the economy in 2020, as month after month brings a new record amount of food distributed.

November is on track to exceed them all.

“The velocity of food coming out of this warehouse right now is unprecedented,” DeLozier said.

“We passed the million-pound mark (typically a month’s worth of food) about five-to-seven days ago,” he said. “We are about to enter a second phase of massive volume going through.”

The Food Bank of South Jersey reaches customers in Burlington, Camden, Gloucester, and Salem Counties, and DeLozier said it’s likely to try to set up Sustain and Serve partnerships with restaurants in each of those counties in order to touch as many businesses as it can, “so we can get things into the community faster.”

“I know who delivers meals, I know who has delivery programs; I know who does things within the food insecurity world,” DeLozier said.

“There may be organizations that we typically don’t see doing that that may have some capacity; I just don’t know who they are yet.” 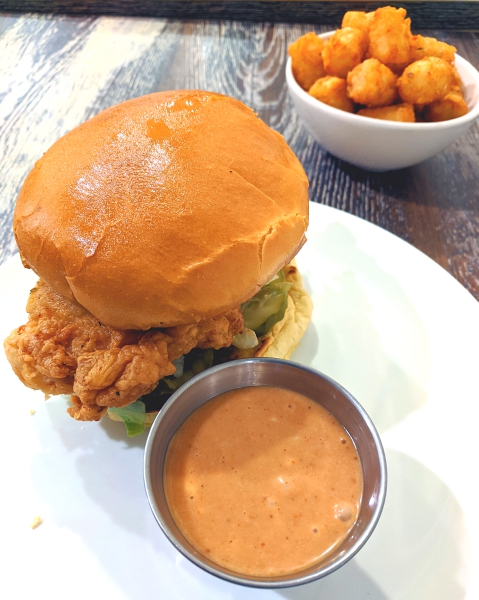 To Murray, the blue-collar work ethic with which he built Denim is what’s going to pull him through the pandemic.

Whether his winter seasonal menu features fresh chicken sandwiches or root vegetable puree, the chef wants every opportunity to “show them that you’re willing to adapt and go out swinging,” he said.

“If something sticks, then so be it,” Murray said.

“We’re still going to try to be involved.”

A program like Sustain and Serve presents another avenue along which to forge ahead through a year that has been filled with changes.

Menu items for Murray’s new chicken concept, Cluckwerks, top out at $10, and everything’s produced with his signature gusto.

For example, “The O.C.,” its signature sandwich, features young chicken thighs, brined and fried, atop a layer of KZ Pickles and iceberg lettuce with house-made sauce on an Amoroso’s bun. Sides include fried pickle chips, cole slaw, tater tots, or sweet potato tots.

It’s the kind of chef-driven meal that can draw to-go diners in a pandemic and fill bellies in families that need a boost during a rough year. Murray hopes he’ll have the chance to cook them up by the dozens for a food distribution partner when the time comes.

“I could make that work happily,” he said. “We’ll find ways to make it work.

“It’s not about making money right now,” Murray said. “It’s about trying to find ways to survive while also helping people when you can help people.”