First responders from eight companies were on hand to extinguish a basement fire early Wednesday evening. 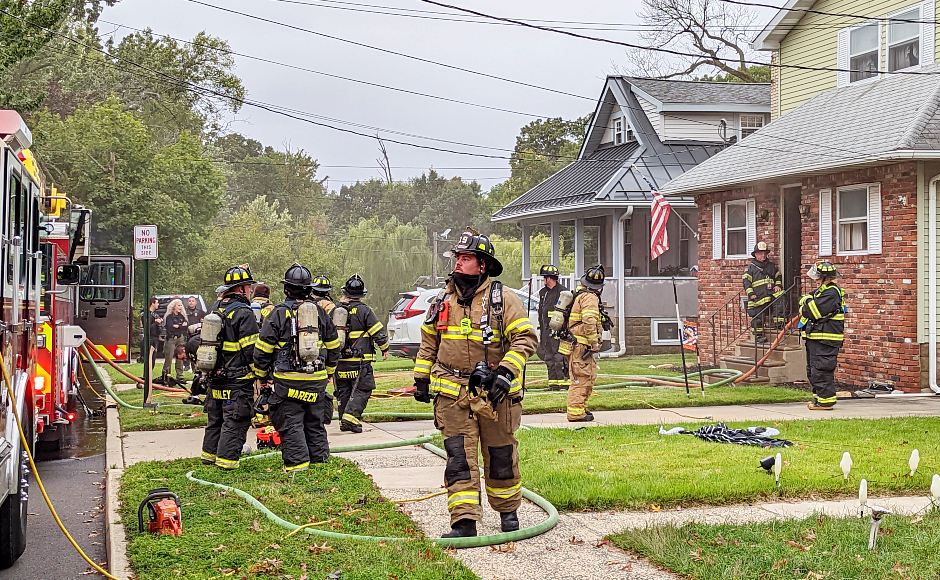 Firefighters outside a home on Landis Avenue in Oaklyn. Credit: Matt Skoufalos.

An Oaklyn resident was displaced from his home after a basement fire filled it with smoke Wednesday evening.

First responders arrived in the 300 block of Landis Avenue for a report of smoke showing from a single-family residence around 5 p.m.

Oaklyn Fire Chief Greg Grudzinski said firefighters quickly stretched a hand line into the home, and evacuated the lone occupant of the building.

The resident was treated at the scene for smoke inhalation; no other injuries were reported.

It’s the second fire in the borough in less than a week.

The incident remains under investigation by the Barrington Fire Marshal.