Trending
You are at:Home»Police & Fire»Oaklyn»Oaklyn Sandwich Shop Burns, None Injured

Amato Bros. owner Mike Amato said the family plans to rebuild. No one was harmed in the incident. 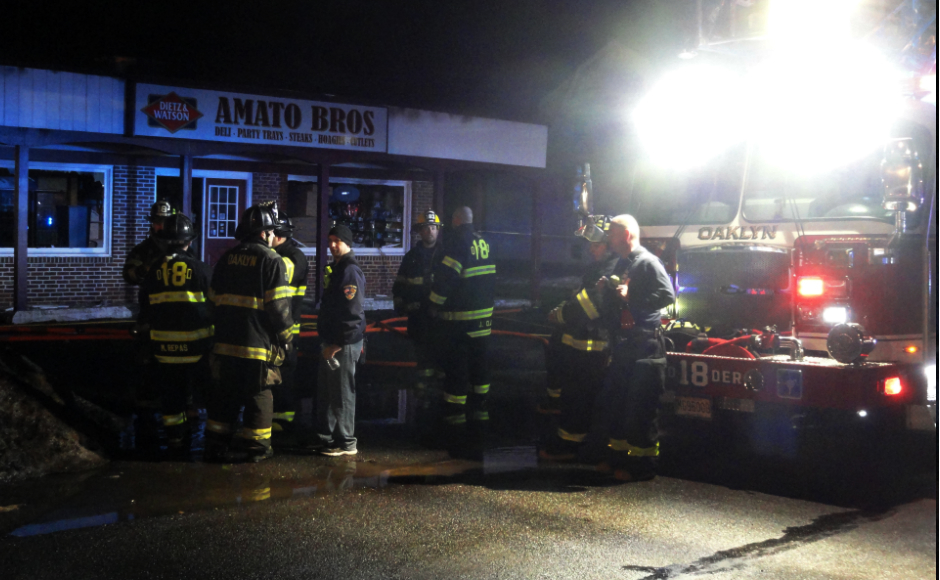 A Sunday evening fire gutted the Amato Bros. sandwich shop in Oaklyn, but left none injured in its wake.

Oaklyn Fire Department (OFD) responded to the scene at 9:05 p.m. to discover heavy smoke pouring out of the rear of the one-story building.

The fire was under control within half an hour, but the storefront suffered significant smoke and water damage, Hudson said. The shop, which had closed at 7 p.m., was unoccupied at the time. Owner Mike Amato said he’d left the store at 5:30 while staff closed up for the evening.

Redevelopment of the site has been in the works for several months, and Amato said he intends to see those plans through despite the setback. The business was anticipating its traditionally busiest weekend of the season next week. 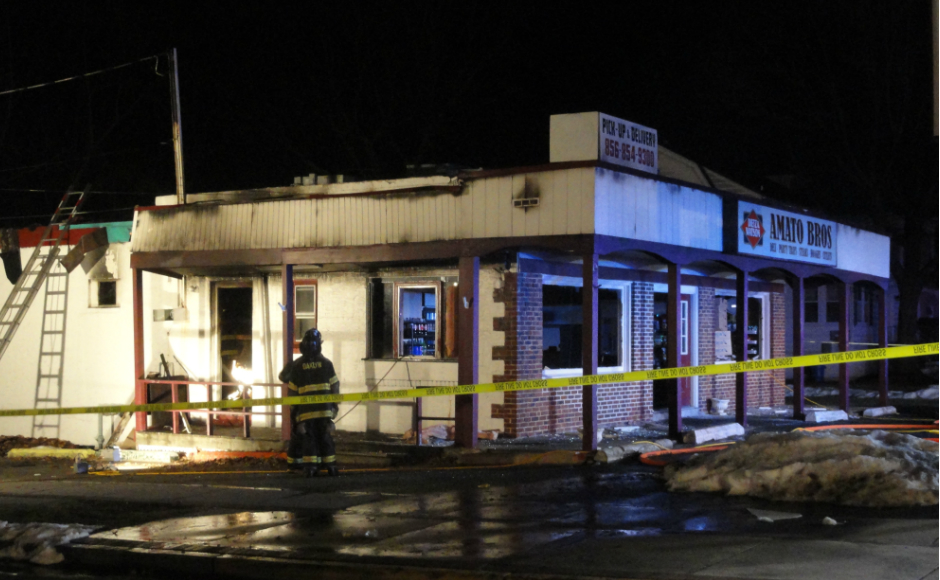 Traffic along the White Horse Pike was detoured in both directions approaching the property for more than two hours as authorities cleared the scene.

It was the first working fire in town for which Engine 18, the new OFD apparatus, was pressed into service.

The fire is under investigation by the local fire marshal as well as authorities from the Camden County Prosecutor’s Office, said OFD Chief Scott Cairns.