Thanks to their security camera, a Pennsauken family discovered someone trying to set fire to a flag hanging from their front porch last Friday. Detectives are investigating. 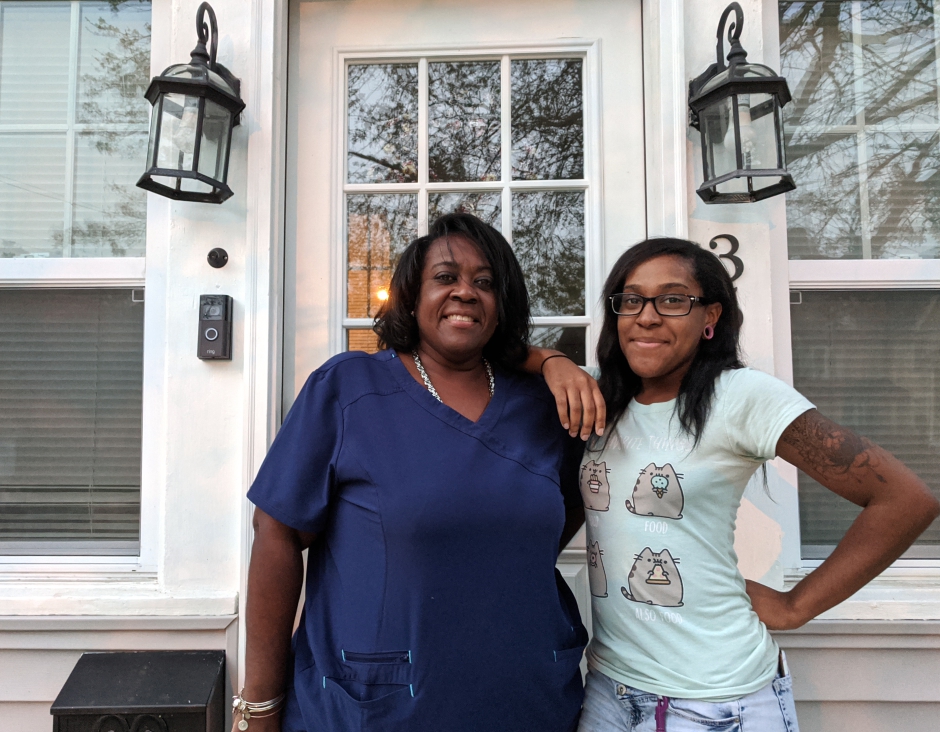 Annie Williams and her daughter, Tae, have only been in their Pennsauken home for two months, but they’ve already been made to feel welcome by their new neighbors.

Tae, who grew up in the Fairview section of Camden City, said she and her mom “have been wanting to get out of Camden for the longest.

They believed they’d found it in their new digs on Union Avenue.

The street is busy, but the people are friendly, and the block offers a mix of families.

“We didn’t suspect that we would have to deal with any racial issues because everyone was so friendly,” Tae said.

But last Saturday, when she was getting ready for bed, Tae got a panicked phone call from her mom.

Annie, who was out with friends, had gotten a notification from her doorbell camera around 10:45 p.m. that someone was on the property. When she checked, it showed a man in a hoodie and shorts, out in front of her home, trying to set fire to her Black Lives Matter flag.

Annie called Tae in a panic; her daughter jumped up and called 9-1-1. Police were on the scene within about five minutes, Tae said.

In all, there was little damage to report. When the flag failed to ignite beyond a small burn, the man on the camera didn’t stick around. After a few seconds, footage shows him ripping it down, breaking the flagpole, and taking off around the corner.

The lingering effects, however, are worse. Seeing a stranger trying to set a fire on her property has left Annie uneasy. Beyond the initial worries that a burning flag could have ignited low-hanging tree branches on her property, the stress of feeling targeted has her unable to sleep.

“I feel like they took a part of my freedom to be at peace at home,” she said; “to be able to appreciate my home.”

Annie grew up in Bainbridge, Georgia in the 1960s, when attending public school as a Black child meant withstanding the inequities of the segregation era. To her daughter’s chagrin, she recalled being made to sit in the back of the school bus; being spat on by other children for the color of her skin.

“It was horrible,” Annie said. 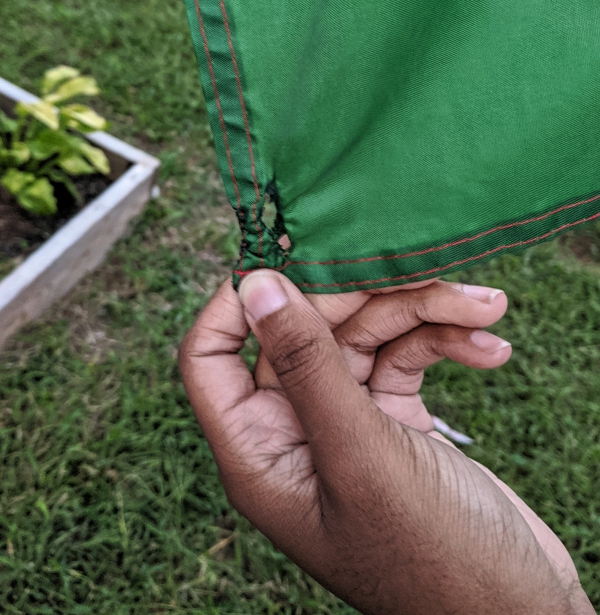 Tae said she’s only experienced “stuff like this on the Internet.”

She knew that hoisting a Black Lives Matter flag could conceivably draw reactions from neighbors, but she views it as “a simple statement for human rights.

“It stands out for equality, because that’s the whole purpose of the movement,” Tae said.

“It’s not negativity. It’s to support everyone. All lives can’t matter if Black lives don’t matter.”

Tae, who considers herself outspoken on human rights issues, said she’d even purchased extra flags out of suspicion that hers might get snatched or damaged.

But she didn’t expect that it would draw an arson attempt—much less one from within her new neighborhood.

“Who am I to go onto your lawn and try to tear up your flag?” she said. “Just live your own life.”

In addition to obvious concerns about the potential risks of a house fire, Pennsauken Police Detective Jim Schenberger said the department is also investigating this case as a bias incident.

“We can’t tolerate this,” Schenberger said. “People have the right to express their feelings on their property. It’s nobody else’s right to create an issue because of that.

“Our chief, our administration, our department wants it rectified,” he said.

While police canvass the neighborhood for leads, the Williamses both say their neighbors have been very supportive throughout.

They still feel welcome on their block. They are hopeful that they will one day again feel safely at peace in their home.