Authorities say a man passed a note to a teller at the Citizens Bank location around 1 p.m. Tuesday. No one was reported injured in the incident. 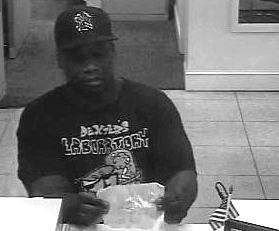 Police are seeking leads in identifying a suspect that they say robbed a bank in Haddon Heights by note Tuesday afternoon.

According to a statement from the Camden County Prosecutor’s Office (CCPO), the man entered the Citizens Bank in the 100 block of the White Horse Pike in Haddon Heights at approximately 1 p.m. August 6.

He allegedly passed a demand note to the teller, and received an undisclosed amount of cash before fleeing.

The suspect is described as standing between six-feet and six-feet, two-inches tall, with a large build. He was dressed in a black Dexter’s Laboratory t-shirt, blue jeans, black shoes, and a Yankees baseball hat. 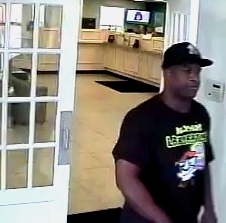