Trending
You are at:Home»Police & Fire»Prosecutor: Defendant in Pennsauken Killing Told Toddler ‘Put Your Hands Up’ Before Alleged Fatal Beating

Prosecutors said Zachary Tricoche has a criminal record dating to 2010, and was awaiting sentencing on two open charges at the time of his arrest for the beating death of his girlfriend’s two-year-old son. 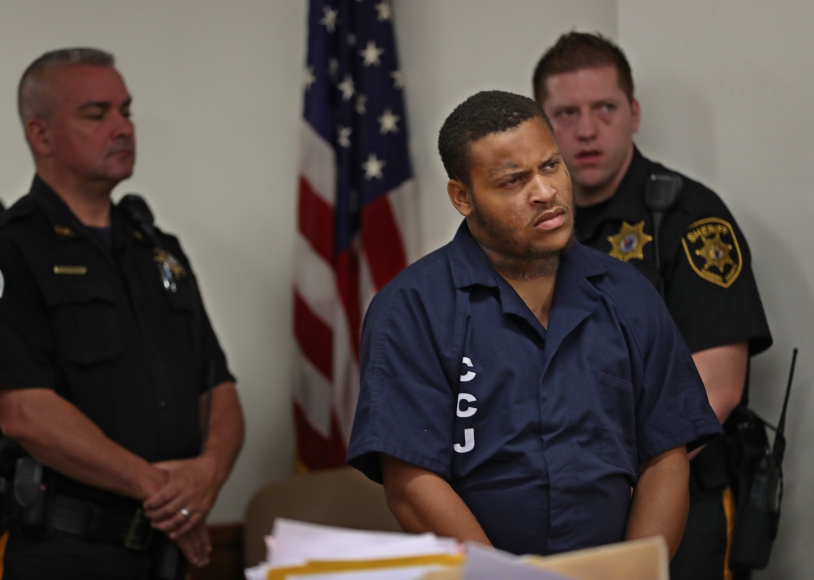 Zachary Tricoche at his arraignment in the death of 2-year-old Jamil Baskerville, Jr. Credit: Michael Bryant, The Philadelphia Inquirer.

A 24-year-old Pennsauken man accused of killing the 2-year-old son of his girlfriend allegedly told the toddler to “put his hands up,” before punching him to death.

The boy, identified by family members as Jamil Baskerville, Jr., woke up Saturday night on his mother’s bed to the sounds of fighting, Shah said.

Tricoche was upset with the results of the grocery shopping.

“Apparently her failure was to get anything the defendant liked to eat,” the prosecutor said.

Shah said when the fight allegedly turned physical, it woke the child, who, seeing his mother being shoved, started to cry. That apparently triggered Tricoche, who allegedly punched the toddler in the stomach with such ferocity that the boy hit the wall behind him. Tricoche then allegedly hit Baskerville, Jr. twice in the head, rendering him unconscious after his head struck the wall a second time, Shah said.

At two years and eight months, Baskerville, Jr. weighed just 29 pounds and was only three feet tall. The apparent cause of his death was blunt force trauma, and it was ruled a homicide, Shah said. A post-mortem examination revealed that the child had sustained multiple contusions to his chest and head, and “devastating” crush and laceration injuries to his liver. 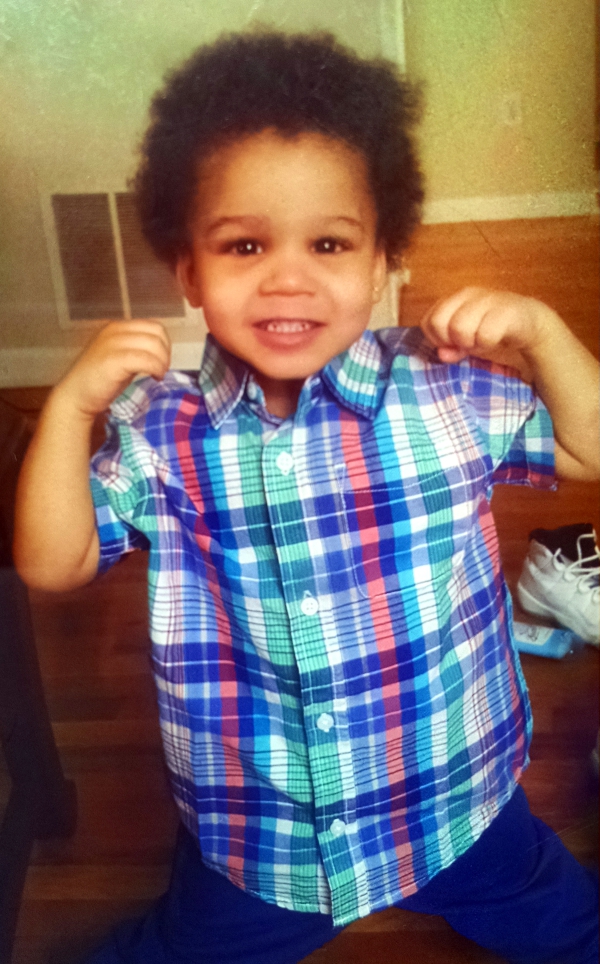 The boy’s mother called 9-1-1 to report that the child was not breathing and had become unresponsive after vomiting, Shah said.

She allegedly told police that the bruises on Baskerville, Jr.’s chest were an indication of Tricoche’s alleged attempts to perform CPR on him, Shah said.

The toddler was pronounced dead in the emergency room at Cooper Hospital within half an hour of the incident being reported.

Shah requested life without the possibility of parole in the case, citing “an excellent likelihood of conviction based on physical evidence” and Tricoche’s criminal record, which includes convictions for distributing narcotics within 1,000 feet of a school, for hindering apprehension by destroying evidence, and for loitering to obtain drugs.

Outside the courthouse, family members recalled Baskerville, Jr., as a pleasant child who enjoyed “everything that the average two-year-old enjoyed.”

Baskerville, Jr.’s grandmother said the boy’s father is currently incarcerated in Trenton, and is scheduled for release in January. 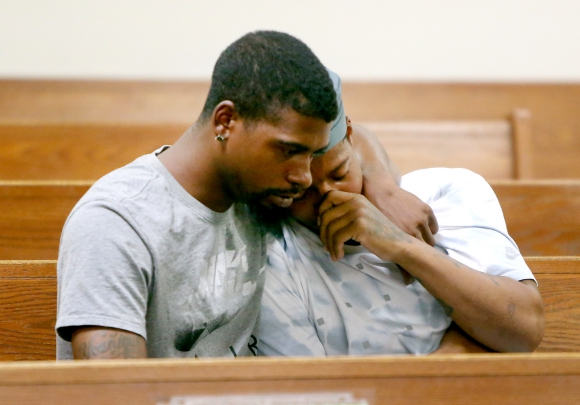 Bo Baskerville, left, and his brother Jamire, comfort each other at the arraignment of Zachary Tricoche, who was charged in the beating of their 2-year-old nephew. Credit: Tim Hawk, NJ.com.

Tricoche had been in the picture since December, she said.

“She said he was abusive,” the grandmother said. “I didn’t know he was around my grandkids.”

On Monday, residents in the Pennsauken neighborhood where the toddler died described their block as quiet and family-filled.

Despite the street being home to a number of households with children, neighbors said they did not recall seeing much of the family since they moved into the apartment in the 5900 block of Mansion Boulevard.

“I saw the ambulance,” said one neighbor, who was at home Saturday night when police arrived to investigate a call for emergency services of an unresponsive child.

“I didn’t know what happened,” the neighbor said. “It didn’t look good. I saw a stretcher come out. I’m so sad. My heart breaks for these people. I can’t even imagine.”