An eyewitness said she saw one of the drivers make an illegal left turn across the oncoming lane at Sayer Avenue. 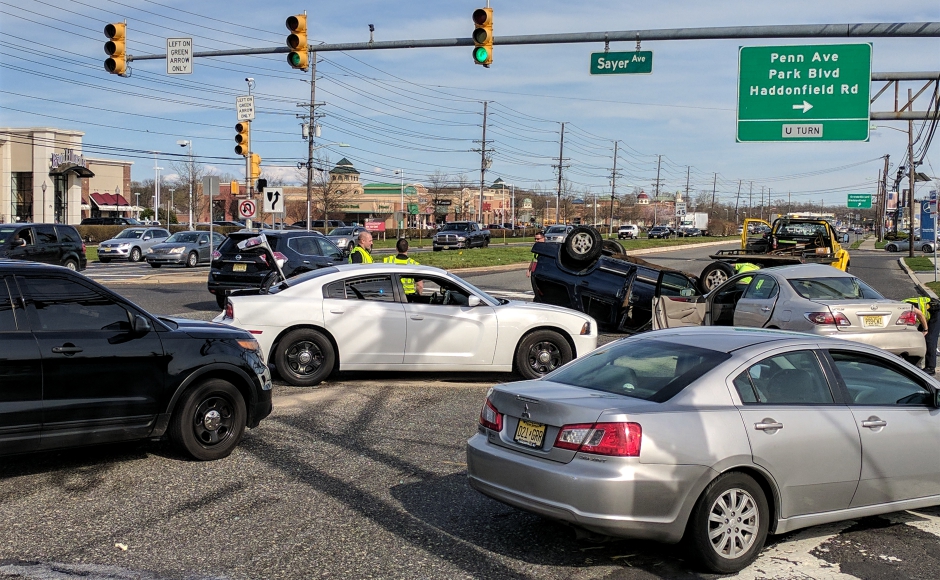 Police direct traffic away from the scene of an accident at Route 70 and Sayer Avenue in Cherry Hill. Credit: Matt Skoufalos.

Captain Amy Winters said neither of the victims of the crash suffered life-threatening injuries, but the scene at the intersection of Sayer Avenue was an ugly one nonetheless.

Just before 5 p.m., crews flipped a navy blue Chevrolet Blazer back onto its wheels so it could be flat-bedded. A beige Lexus showed heavy damage to its passenger side, where airbags had deployed. Eastbound traffic was down to a single lane for more than an hour as police directed drivers away from the accident. 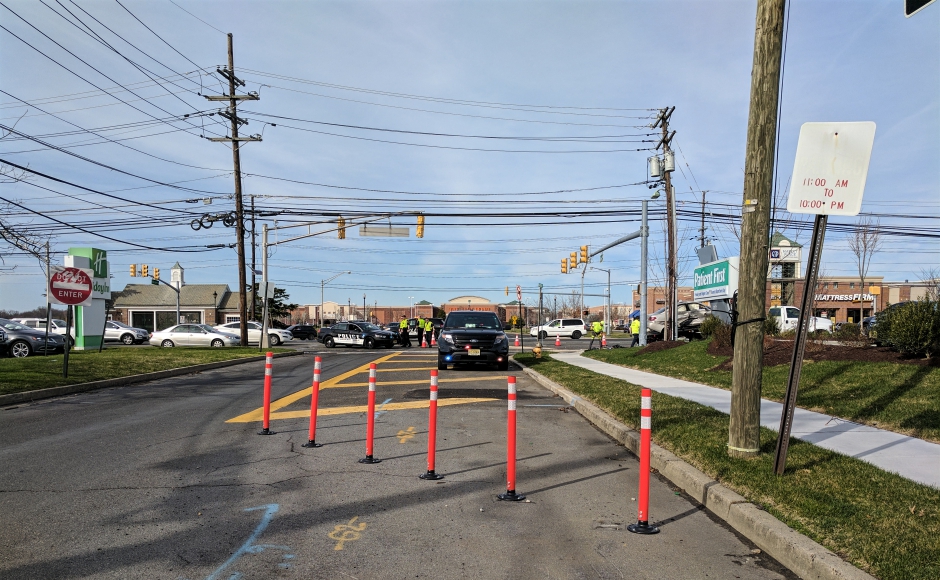 Sayer Avenue in Cherry Hill is meant to divert traffic from the westbound side of Route 70, but drivers frequently flout that, an eyewitness said. Credit: Matt Skoufalos.

According to Dewoski, the collision occurred when the Lexus, which had been traveling west on the opposite side of the highway, made a left turn at Sayer Avenue into oncoming traffic, striking the Blazer.

Sayer is a one-way street with traffic designed to flow down it away from 70.

“It happens all the time,” Dewoski said.

“I saw a car the other day coming up the one-way and go across [Route 70]  to Home Depot.”

Dewoski, who’s worked at the salon for 20 years, said she’s seen accidents and careless driving increase since the intersection was changed along with the development of the race track property. She said she’d like to see the township put back a four-way intersection there.