Trending
You are at:Home»Schools»Collingswood»Collingswood to Consider $20.2M Bond Referendum for School Athletic Facilities

The district ‘Community Outdoor Enrichment Project’ would reshape its athletic facilities, adding new classrooms for students with disabilities, and offices for its professional staff and school board. 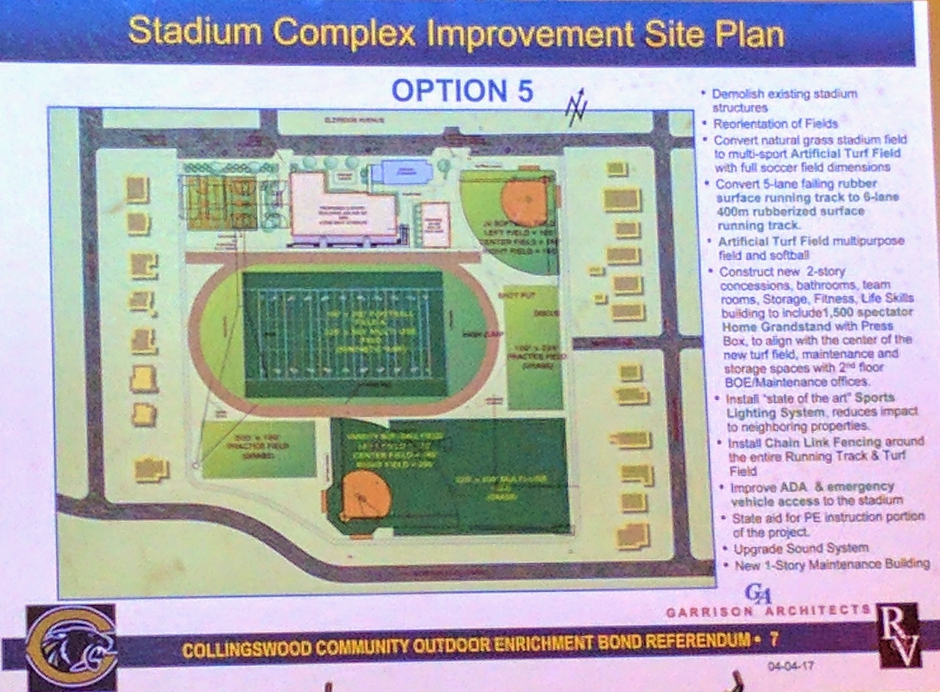 After considering five separate options for the overhaul of its district athletic facilities, the Collingswood Board of Education introduced plans for a $21.8-million project at the district middle school Wednesday evening.

District leaders described the proposal as a community amenity, an opportunity to help borough athletics remain competitive at the high-school-playoff and college levels, and a way to improve access and equity at its elementary school playgrounds.

Project costs include an estimated $9.8 million for site work and $10.9 million for architectural costs, 97 percent of which would be funded locally, to the tune of $20.2 million.

Assuming 3.5-percent interest on a 20-year bond, that would mean an annual tax increase of $374 for a home assessed at the borough average ($229,150). The district plans to provide a tax calculator on its website.

Board of Education President Jim Hatzell tried to head off sticker shock by framing the proposal in the context of community reinvestment. Just as much as Collingswood establishing a business improvement district (BID) “caused a controversy” by levying an additional tax on business owners, it helped provide money to reinvest in the borough, he said.

“Now our downtown is what it looks like today,” Hatzell said. “I envision that perhaps we can use that same analogy and by improving our athletic fields, we’re sending a good message that we care about our town and the educational process.

“It’s an absolutely fantastic plan, and it’s expensive,” he said. “I think from a financial point of view, it makes sense, but I also think that it’s the right thing to do and it’s in keeping with what’s going in the rest of the town.” 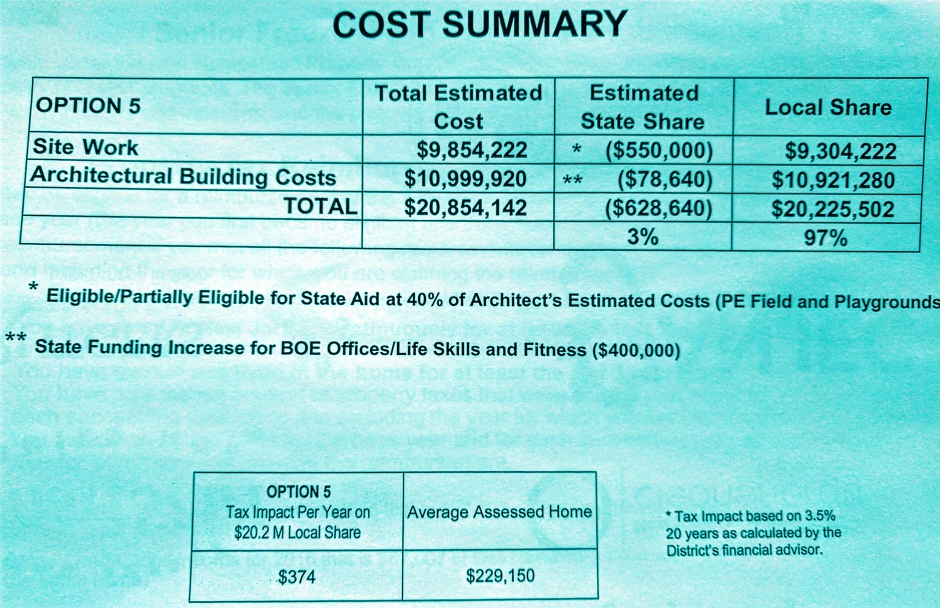 Architect Bob Garrison, whose Bellmawr-based firm Garrison Architects prepared the proposal, invited the community to consider the project as more than stadium renovation and reconstruction. As an “outdoor enrichment” proposal, Garrison said the bond referendum will lead to facilities improvements at each of Collingswood’s five elementary schools as well as at its middle-school and high-school campus, with a community impact reaching beyond the student body.

The “compelling need to do this” remains the deteriorating condition of the current Collingswood High School stadium, Garrison said. Its concrete grandstand was built in the 1930’s as part of a Works Progress Administration program that saw similar designs installed in neighboring Audubon, Haddonfield, and other boroughs.

Despite making patchwork repairs in 1995, the stadium—which is not compliant with the Americans with Disabilities Act (ADA)—has begun to suffer from water intrusion into storage areas beneath the grandstand. Its stairs and handrails need replacement, and the aisles are not wide enough to meet current safety standards, Garrison said. 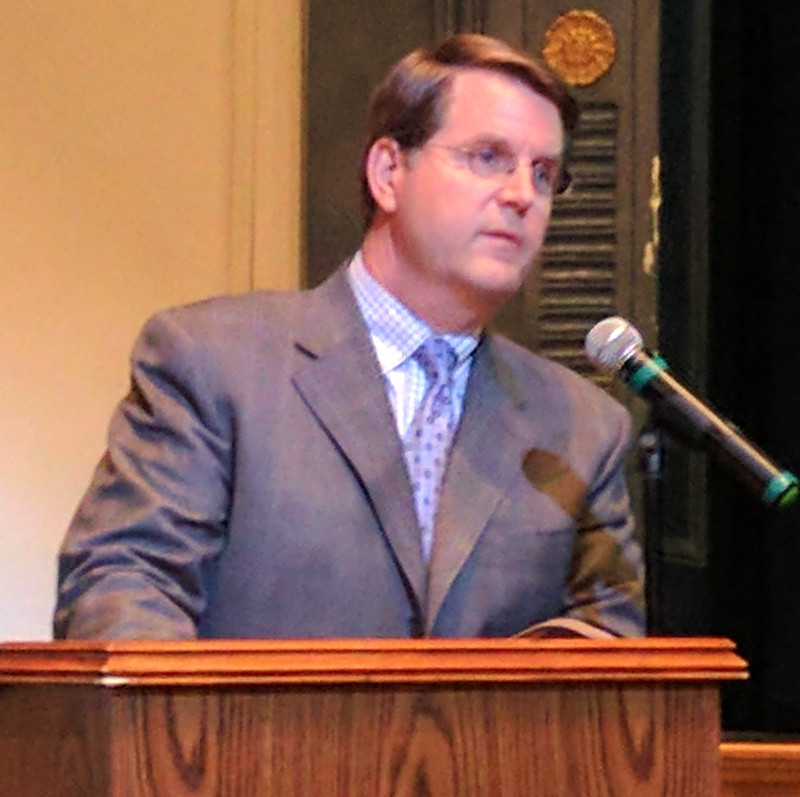 Neither are its bathrooms up to plumbing code for the size of the crowds the facility entertains, and the field, which is only designed for football and isn’t wide enough to be used for other sports, like soccer, poses “serious concerns” for drainage and safety, he said.

Garrison also described its lighting as “inefficient” and sound system as “dated and inadequate.”

“It’s not meeting the current needs of the town,” he said. “The stadium field is fine for football, but undersized in dimensions for soccer, and requires constant maintenance.”

The new stadium bleachers would be built on top of new locker rooms, team rooms, a weight room, bathrooms, concession stand, and ticket booth. In addition to the concrete repairs, bleacher restoration, and upgrades to the lighting and sound systems, the referendum would replace the similarly deteriorating, five-lane rubber track, which also is used for gym classes.

Plans also call for a dramatic overhaul of the grounds themselves, reorienting the existing stadium 90 degrees, adding in a second field for additional athletics, and changing over both to artificial turf. Remington and Vernick Engineer Tim Staszewski, a Collingswood resident who also serves on the borough planning board, said the choice to switch to artificial turf has already met with some community feedback.

“The [artificial turf] product today is a stormwater system or pipe and stone that’s compacted, overlaid with a carpet with PVC or nylon grass strings, and crumb rubber infill material,” Staszewski said. “That’s what’s basically on the majority of playing surfaces, local or professional. We’re all aware of the VOCs (volatile organic compounds) that’s in that material.”

Instead, Staszewski said, the board is considering “alternative infill materials, from cork to coconut fiber to recycled sneakers,” which would be supported by a rubber mat below the whole field. The change would increase the proposed cost by some 1.5 percent, which he said is “less than measurable for what the concerns are.” 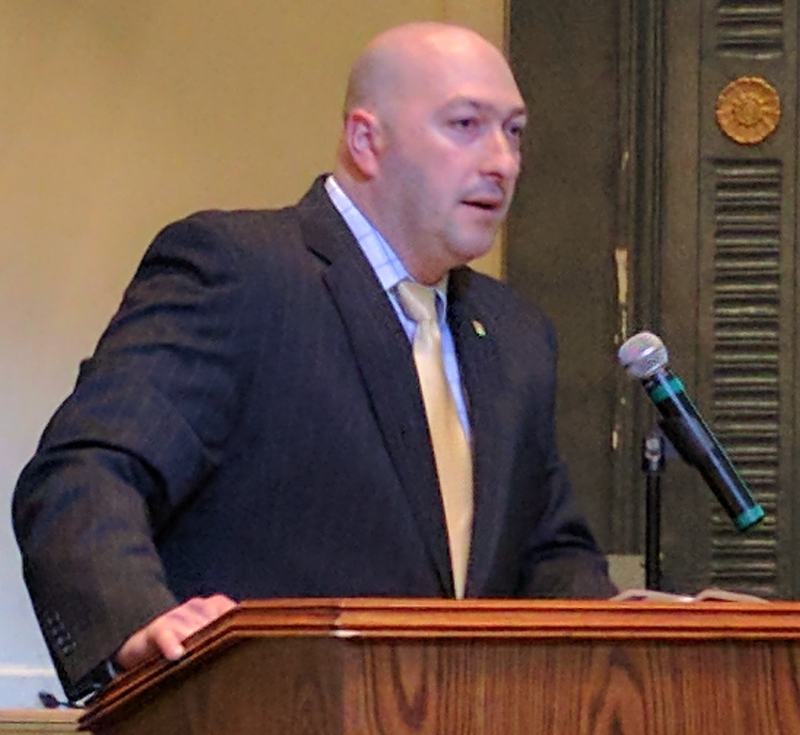 Staszewski also reviewed plans in the referendum to expand the “living/learning lab” playground installed at Zane North throughout the district elementary schools.

By and large, that will entail removing any unnecessary blacktop, improving stormwater runoff, and creating a better fall surface for the playground equipment.

At the James A. Garfield Elementary playground, the district would replace playground infill material with a poured-in-place rubber surface, and would add a soft walking track around its exterior.

It would also carve out spaces for playgrounds and landscaping.

At Mark Newbie Elementary, a previous planning session revealed that PTA members want to see an additional playground area and rain garden in addition to those amenities. At Thomas Sharp School, the board would replace all its equipment with ADA-compliant, inclusive equipment. At William P. Tatem Elementary, the board would also screen in the outdoor HVAC systems and improve the safety surface, while at Zane North Elementary, changes would address the existing “fall zone” at the playground, and possibly a green roof.

The referendum also provides for the construction of a new adjoining building next to the stadium that would house new offices for the district professional staff and school board, maintenance workers, a mobile central file system, and community room with state-of-the-art multimedia equipment.

That building would include a new fitness facility, life-skills classroom for students with disabilities, a community multi-purpose room, and offices for the district professional staff and board of education. Integrating it within the project could result in an additional $400,000 of state aid, Garrison said. Under that plan, the current high-school weight room would be converted to a STEAM learning lab, and the district would add in a pre-engineered maintenance building.

“We’re showing you a lot of different components that have outside entrances that can be locked down, toilet facilities, and HVAC that will maximize the use for the community,” he said.

“To defend the school, they give us everything they can,” O’Neill said.

“But we’re not going to be able to continue to do it. At this point now, the field in [Knight]  park is in the worst condition it’s ever been in. It’s not because we’re not taking care of it; it’s because we overused it. Everybody is playing year-round, you have to have practice three nights a week. We just don’t have enough space.

“If we don’t move forward with something like this, we are never going to be able to maintain the level of athletics we have now and remain competitive,” she said.

Collingswood resident Kim Brooks, who served on the referendum steering committee said the project will add valuable services for students with disabilities that can allow them to remain in their hometown instead of being sent out of district. 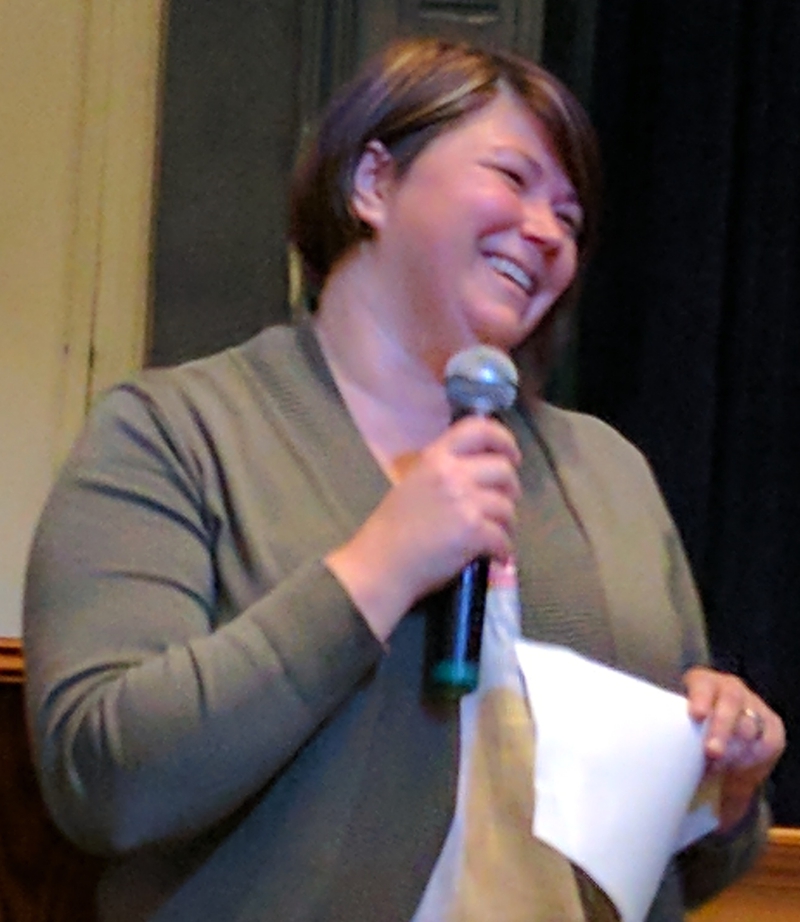 “As a parent of a child that has a disability, I’m always looking forward to what is next ahead in life,” Brooks said.

“Typically transition programs are only offered in out-of-district settings. Having a supportive community is crucial to the development of this program in Collingswood,” she said.

“Every student deserves independence, pride, and the skills to be their best self, and this place can support that.”

Resident Brenda Burg said the elementary school PTAs were involved in planning the referendum improvements for their schools so that it’s “not a cookie-cutter plan.”

“You can go to your neighborhood school to have your kids play and meet their friends and hang out and enjoy the space,” she said.

Former Collingswood Board of Education member Tim Farrow said the district professional staff need the new offices, which are currently in the basement of Zane North.

“They did very nice job fitting out that basement, but it’s a basement and there’s no getting around that issue,” he said. “The administrators and the staff that are in there, those offices are not adequate for them. We deserve to have better.” 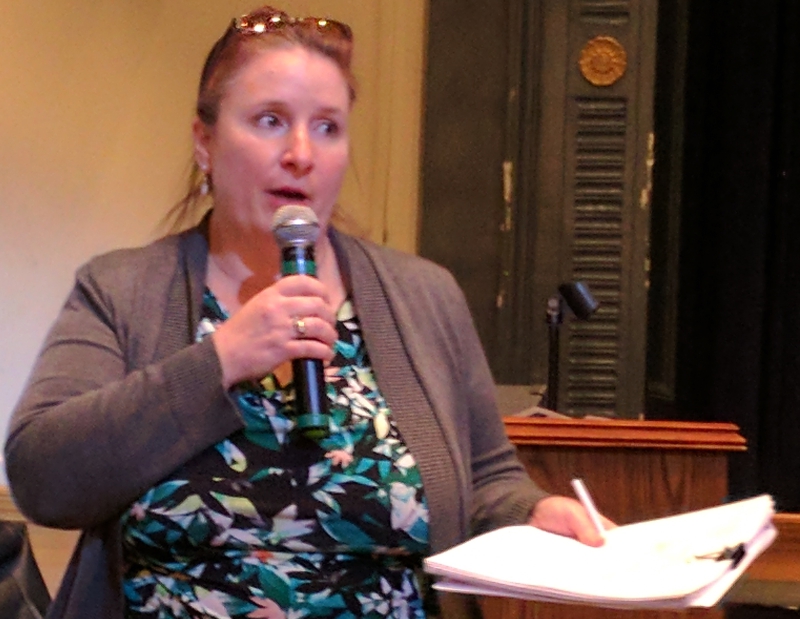 Current board member Jay Waugh said that fundraising could be done throughout the 20-year life of the bond, and encouraged residents to connect for that purpose immediately.

“There’s people in the community willing to meet and form committees and explore this avenue going forward,” Waugh said.

The school board is planning a special election on the referendum for September 26, 2017. By July 28, 2017, 60 days prior to that vote, the district will approve the final form of the bond, and will consider public feedback in the time until then.

Vote-by-mail ballots will be distributed August 7, and the plan is scheduled for review by the Collingswood Planning Board at its August 2 meeting.

Similar facilities referenda have met with mixed results in nearby towns in recent years. Last year, voters in Haddonfield approved a $35-million bond that included basic repairs to the high school track and stadium.

In 2015, Haddon Township signed off on a $39-million infrastructure bond, but voted down another $4.5 million in improvements to its high-school athletic facilities.