Trending
You are at:Home»Police & Fire»Haddon Township»Side-Street Accident in Haddon Twp. Sends One to Hospital, Witnesses Say

A two-vehicle accident at Holly and Johnson Aves. drew police and fire units from Haddon Township and Oaklyn Wednesday night. 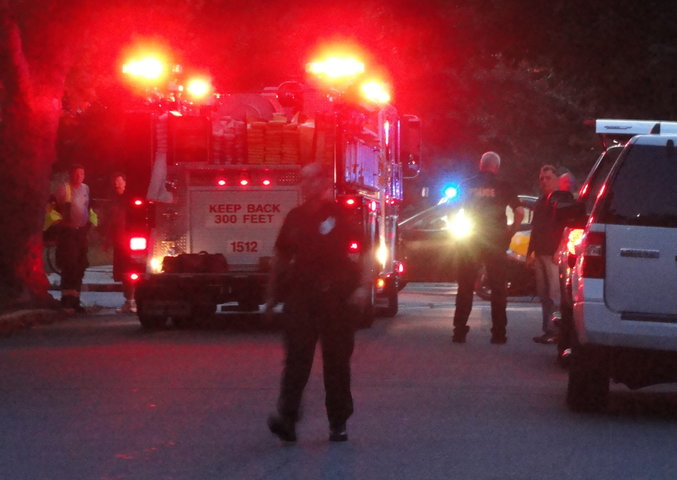 Haddon Township fire and police cordon off the scene of an accident on Johnson Avenue Wednesday night in which one man was allegedly transported to the hospital. Credit: Matt Skoufalos.

Witnesses said a motorcyclist was transported to a nearby hospital after a side-street collision with a compact sedan in Haddon Township Wednesday evening.

The incident left another couple shaken up, and with a sizable dent in their vehicle as well.

Authorities at the scene declined to give an official report, but onlookers provided accounts of the accident, which allegedly occurred shortly before 8 p.m. Wednesday evening at the intersection of Johnson and Holly Avenues, in the Bettlewood section of town.

A couple driving up Holly Avenue towards the White Horse Pike was allegedly struck by a motorcyclist as they continued through the intersection, one man said.

The yellow motorcycle collided with the front quarter panel of the small, green, four-door sedan.

The man further commented that the “stop line isn’t clear” on Holly Avenue, and pointed out the distance between it and the intersection. 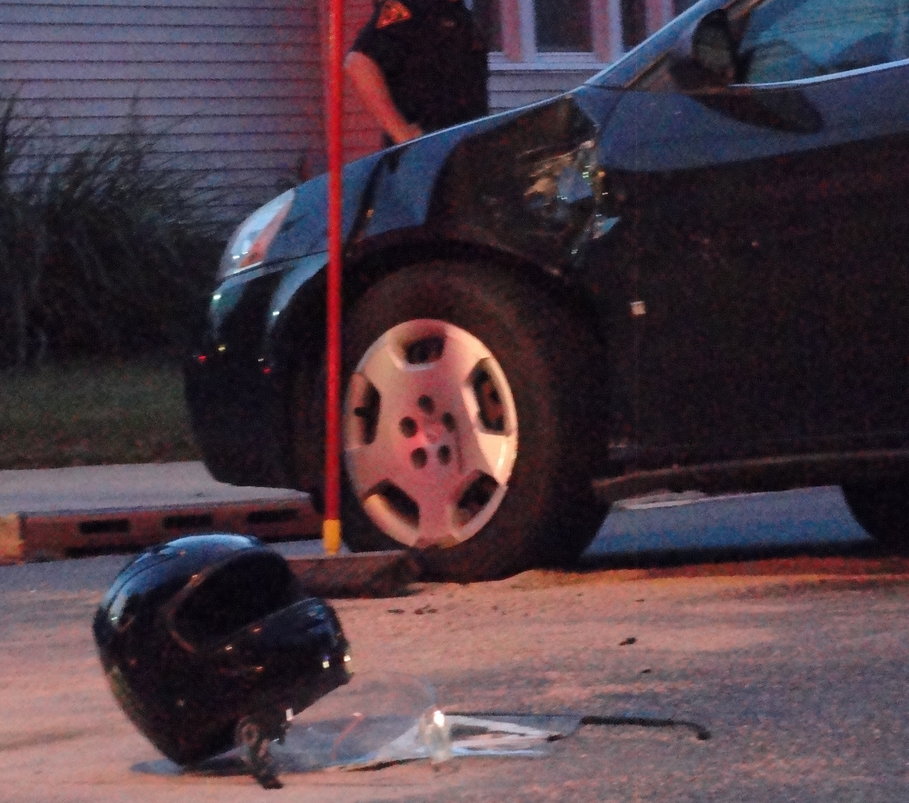 The sedan’s front end was damaged by the impact, but the motorcyclist’s helmet remained intact. Credit: Matt Skoufalos.

One Holly Avenue resident who said he was on his phone in his house during the accident, reported that he’d allegedly heard the motorcycle driver crank the throttle twice before hearing the crash.

“I heard him rev it a couple of times, and then–boom,” the resident said.

The resident also remarked that, regardless of the location of the stop sign in relation to the intersection, the driver’s view would likely have been obscured by high hedges on the corner property as well.

No other drivers were involved in the accident. Both vehicles were towed from the scene, witnesses said. 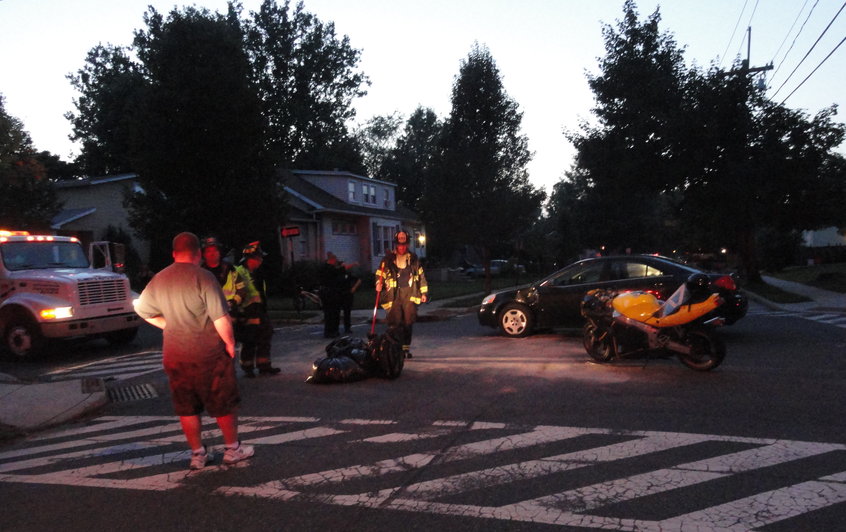 The scene of a two-vehicle accident in Haddon Township on Wesnesday evening. Credit: Matt Skoufalos.