Another six Camden County residents have perished from complications related to COVID-19, the county government announces, and 1,008 residents test positive for the virus. 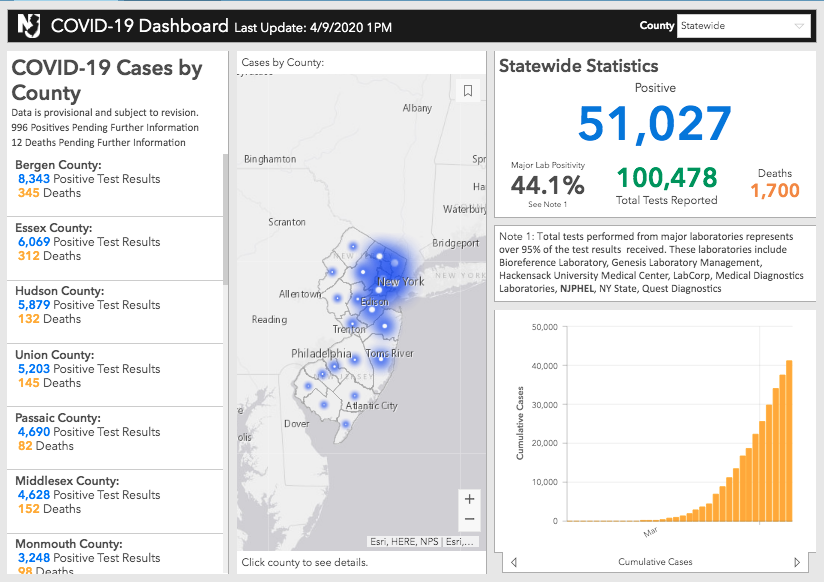 Six more Camden County residents have died from complications related to novel coronavirus (COVID-19), and another 132 have tested positive for the virus, the Camden County government reported Thursday.

Statewide, there have been 1,700 deaths related to COVID-19 and more than 51,000 confirmed cases. Officials are expecting the peak of the caseload to manifest in the next two weeks to a month.

“This is another somber day as our thoughts turn to residents who have lost their battle with COVID-19,” said Camden County Freeholder-Director Lou Cappelli in a statement.

“We keep our thoughts and prayers with families of the victims who are going through heartbreak and pain over the destruction this virus has caused to our neighbors.”

Ongoing trace investigations into local cases of COVID-19 are being facilitated among the county and state departments of health.

The newly announced cases are: