In his latest work, Robert Castle revisits a college short story from a new angle, going inside the fractured mind of a privileged scion who commits a clumsy murder. 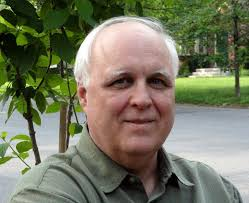 Collingswood Cinema Society founder Robert Castle is a dramatist, critic, and the author of several books, plays, and short stories.

He joined us for a brief Q&A about his latest release, The Hidden Life, the story of a killing gone awry.

It’s told from the perspective of an insular, wealthy man who slips in and out of different chapters of his life (and those of others throughout history) during a police siege of his home.

NJ PEN: The Hidden Life is based on an almost 50-year-old short story you penned for a college fiction writing class. Why did you decide to revive it for this novel, and how does your finished work differ from or expand on what you began so long ago?

ROBERT CASTLE: The original story had two narrators: a master and a servant. The master of that story was named Tony, and he never tried to kill his servant; he only fired him. I had always meant to do something with the story, but it wasn’t until I began reading about John E. du Pont’s life and the murder of Dave Schultz 10 years ago that I found a way to expand the story.

I gave Tony a longer name, Gladwynne, to suggest the Main Line and Biddleton (the Biddles were old Philadelphia money who went back to the Mayflower). The short story, like the novel, has many references to historical events, a fascination with chess, an obsession with books, and the unsettling appearance of a spider.

NJ PEN: Let’s talk about Biddleton. He’s a psychologically complicated character; the heir to a centuries-old family fortune who is by turns both victim and victimizer. What made you want to write this character, and what work did you do to try to get inside his head?

CASTLE: The original Tony had many of my own traits; when I grafted du Pont’s life, so to speak, onto Tony’s, Tony’s life changed. Du Pont had bipolar and schizophrenic tendencies, which Tony may also have. At best, he has dissociative tendencies.

Initially, I had difficulty making Tony likable, because I despised John du Pont. It took several rewrites to smooth him out. Spending the time on the novel has made me more sympathetic to du Pont and his condition he couldn’t help. His parents were cold, if not reprehensible.

But, as you say, Tony’s a victimizer. He is trying to bend people to his will, the residual effect of having so much money. Tony also has an air of innocence. 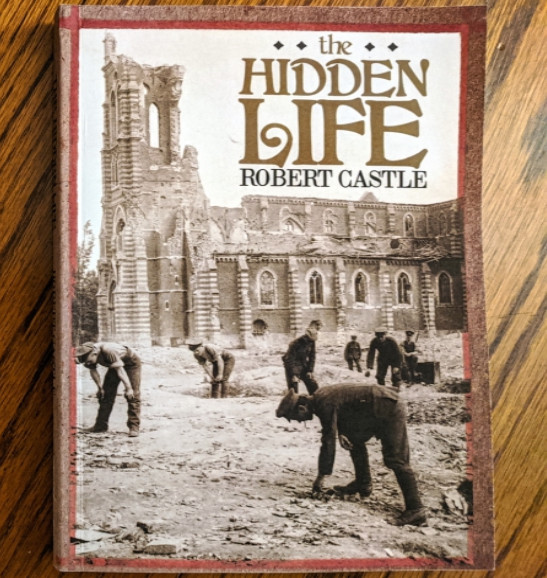 NJ PEN: Despite taking your inspiration from Foxcatcher, Tony’s relationship with his victim is different from that of John du Pont and Dave Schultz, the Olympic wrestler he killed.

But there are some obvious parallels. What’s the significance of anchoring your characters in a comparable setting?

CASTLE: The key to using the du Pont story is the 40-hour siege of his mansion after he killed Schultz.

Most of the novel’s present action takes place there. Tony can watch the siege on television, and the situation accentuates his habit of translating present events through historical episodes.

One of those episodes is about Hitler’s final days in the bunker (Tony also has a fetish about the trench warfare in World War I, which I often told my students was my favorite war). The book’s front cover reflects the presence of The Great War in the story.

I do dwell on the power of the Biddleton money and what it allows the family to do. Taken to its logical conclusion (in Tony’s mind), the financially autonomous individual makes himself a nation-state!

NJ PEN: The Hidden Life offers a lot of commentary on the insular lives of the idle rich and the privileges they enjoy when even their minor transgressions are erased. It also pays a lot of attention to the families that do their dirty work, even suggesting a dual lineage that binds generations to lives of servitude. What inspired this observation, and what do you think it has to say about the relationships between the powerful and those who serve them?

The original story was titled “Hang Together,” an explicit reference to the relationship between Dominic and Tony. They need each other, and the book dramatizes the extent of their needs, not to mention the extremes to which their mutual plans took them.

Dominic’s narrative is a sort of journal-cum-tell-all, addressed to Tony, essentially trying to convince his former master to take him back.

NJ PEN: Structurally, the story skips around from courtroom proceedings and media broadcasts to snatches of different narrative settings that admit the reader into the thoughts of a man who sees himself as the linchpin of a momentous political event. Why did you choose these devices and details to tell Tony’s story?

CASTLE: To a great extent, these historical events and personages were chosen to match Tony’s circumstances. They match his physical and mental frustrations, his sense of nostalgia, and a degree of paranoia—one part of his hidden life. The other is, as detailed by Dominic, their attempt to create “the Tony state.”

Most of the historical references are war-related, which I think best represents the reality of the modern nation-state. Nietzsche wrote: “War is health for the state.” Thirteen new states were created in Europe as a result of World War I.

I suppose Tony and Dominic are creating a sort of monster: Tony as a linchpin for something momentous. I put in trial excerpts because it allows debate about Tony’s state of mind, just as the court wrestled with whether du Pont was insane when he shot Schultz. In my review of Foxcatcher, I articulated my disappointment with the way the film barely dealt with the aftermath of the shooting; there was virtually nothing in it about the siege and trial.

NJ PEN: Tony is a voracious reader, but sees reading fundamentally as the consumption of pages, and appears unmoved by most stories. When it comes to his own place in recorded history, Tony leverages his fortune to buy up expired copyrights, and tries to pay to have a university named after him. Are these broad criticisms of how the wealthy and powerful cement their legacies, or just an indication of how detached Tony is from the meaning of the works he consumes?

CASTLE: Yes, Tony tends to read to accumulate content; little synthesis. Not that he is oblivious to the themes—one book, Fail-Safe, made an impression on him, as the history books certainly have. But his records of all that he has read, as well as multifarious details about the books’ publishers, make up, later in life, part of his State Archives. His detachment from the books he reads is consistent with most other aspects of his life.

Any broad criticisms of the wealthy and powerful are just that: broad. Reading about du Pont, I found something obscene about the way the du Ponts (and their ilk) live. Disdain is about as far as I will go, emotionally, when I have to hear about what they are doing.

NJ PEN: What would you like readers to take away from The Hidden Life? And what’s next for you as a writer?

CASTLE: I hope readers will get involved with Tony and Dominic, ponder what the heck they are doing, or try to figure why Tony’s reverting to these historical episodes. There’s a mystery: what prompted Tony to shoot Dominic (and accidentally kill Dominic’s wife)? And what happens to Tony at the end? The reader will have been with someone quite different from anyone else they know.

I have several novels in various stages. One, Pope Sixtus the Fourth, is finished, and I am sending it to agents. It’s an epic comedy dealing, somewhat savagely, with the high-school experience. Another I have, MATE: a Novel in 20 Games, is nearly finished. It chronicles a marriage through the structure of chess.