Graham Alexander hopes to reinvent both ends of the music industry—recording and production—by reviving a model of talent development that puts artists and home audio equipment on the same page. 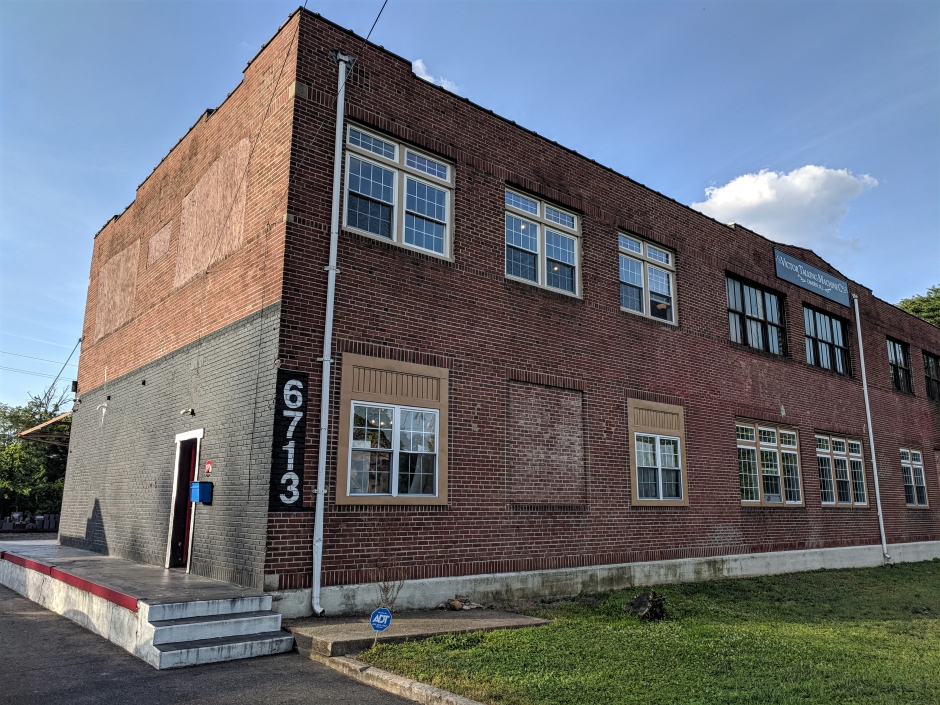 At the end of a quiet, mostly residential Pennsauken block, there’s a large brick building in which rests elements of the history of recorded music and the seeds of its new potential.

Once an industrial forebear of local commerce, and now a hope for its future development, the historic business was resurrected nearly eight years ago when local musician Graham Alexander, bought its brand rights at auction.

Alexander, a prodigious talent who cut his teeth in the music business as a young touring artist, had hoped to reopen the business in the city of its birth. When those plans didn’t pan out, he constructed The Vault at Victor Records in Berlin, something between a museum and storage facility for the company’s century-plus of history.

But Alexander had always dreamed of reinvigorating the fullness of VTMC as a production business, too. For years, he worked to find a suitable facility—including the old RCA Victor buildings in Camden City—before landing in a building that once housed his recording studio and practice space: the former Perkins Dairy and bottling plant on Rudderow Avenue. 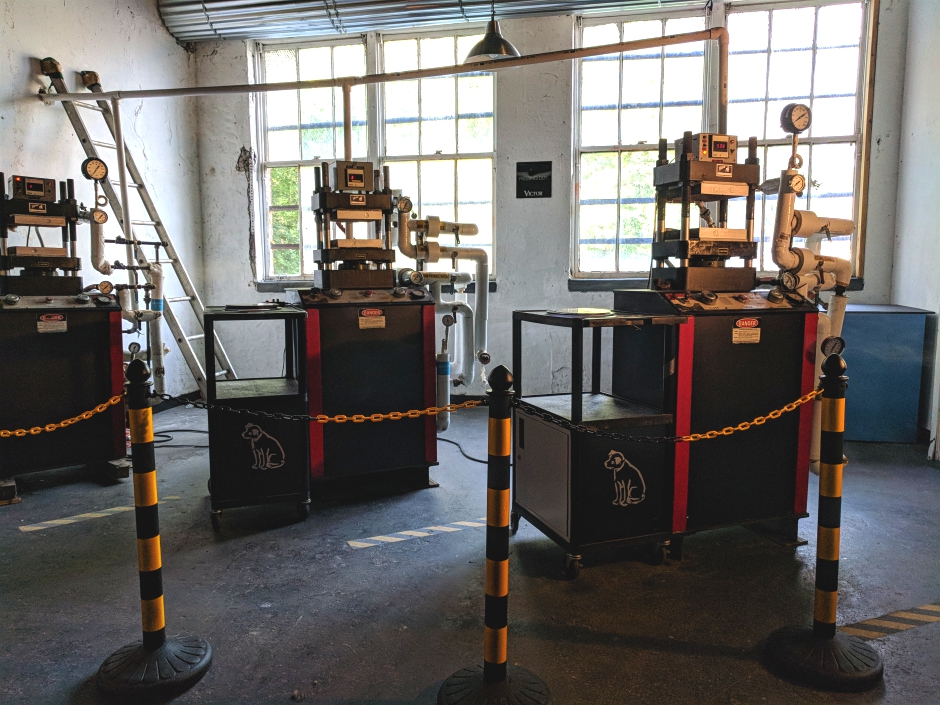 Inside, the nondescript warehouse unfolds into a multi-stage production business that’s something between a Disney ride and a tech startup.

The ominous white walls of a record-curing booth thrum behind a closed door marked “DANGER.”

Above it all sits a high-ceilinged recording studio, the walls of which are tiled with photos of some of the most famous names in music history: Cole Porter. Frank Sinatra. Louis Armstrong. Woody Guthrie. Count Basie. Ella Fitzgerald. Sergei Rachmaninoff.

This is Alexander’s vision: a combination of physical and ethereal production that is at once a return to the foundation of the recording industry and a blueprint for its next phase.

“We’re going to be structuring this totally differently than the last 30 years of music,” he said. “We care about being able to invest in artists making new music. We’ve got to really reshape how artists interact with their contracts.” 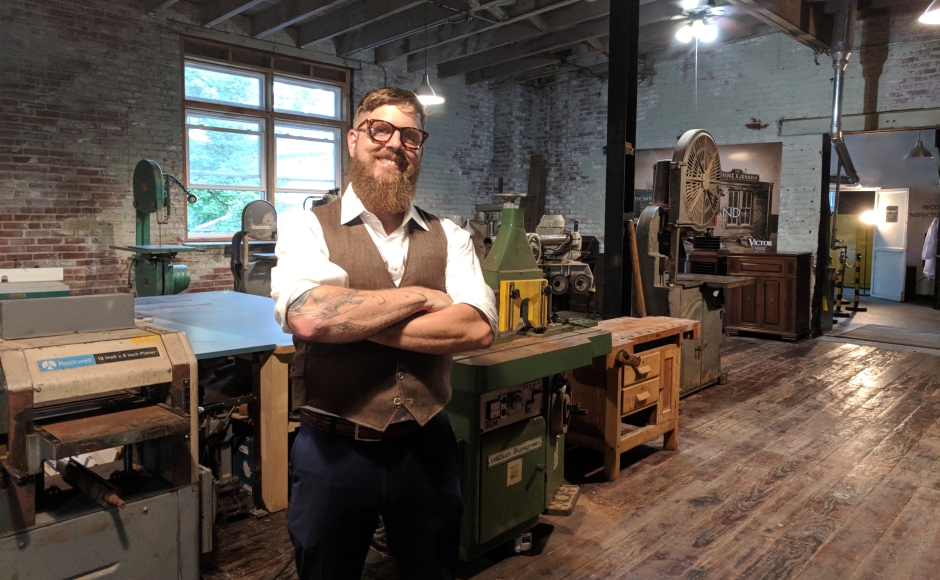 ‘We’re trying to bring manufacturing back to America’

Peter Brown, VTMC vice-president of manufacturing, is tasked with development of its cabinetry line.

Brown, whose own Loudo Musical Instruments is independently working to produce an entirely American-made guitar line, said the two brands have a shared mission to revive domestic manufacturing.

“I’ve known Graham for over a decade,” Brown said. “Two to three years ago, he needed a design for the head shell for a record player, and I overnighted him something. They’re still using it to this day. They asked me to come in here, bring my wood shop, and start producing stuff.

“My goal is to have every damn screw of those machines made in-house,” Brown said. “We’re trying to bring manufacturing back to America.”

The building still needs Phase III power service to operate the heavy woodworking machinery Brown will use to produce the speaker cabinets and turntable components. He wants to have it online by September, and will use the time until then for product development.

“We want to take our time and manicure it to create something worthy of the Victor brand,” Brown said. “Once we’re up and going, we’ll start putting them out.” 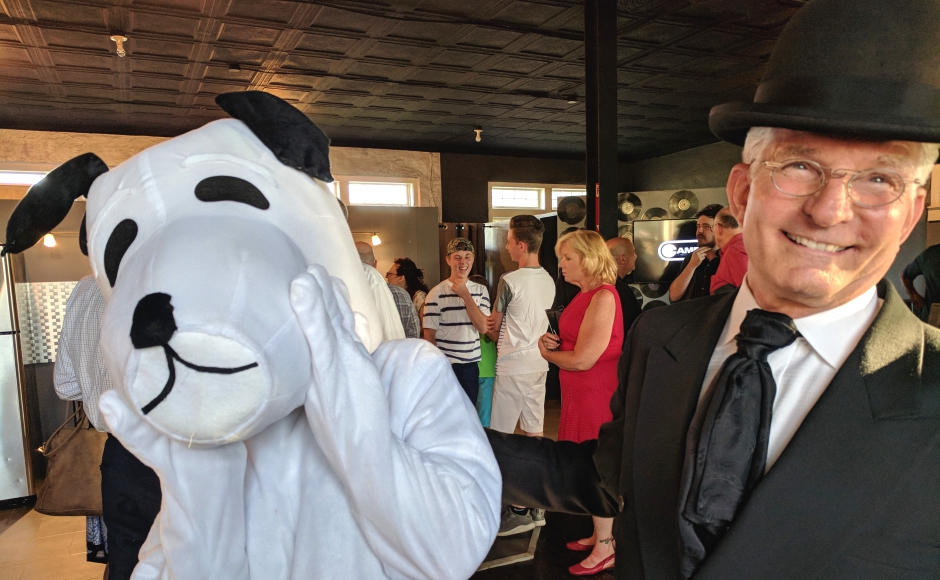 Retired teacher Chris Maier became fascinated with VTMC after moving into the Victor lofts in Camden.

On every floor of the building, developer Carl Dranoff had staged historic displays from the company’s days as an industrial headquarters.

Maier, an artist and musician, spent hours playing around on a piano installed in its lobby, and swimming in that history.

“When he was approached by the gramophone inventor Emile Berliner, [Johnson] perfected the spring motor [for the Victrola],” Maier said.

“Johnson was 20 years younger than Edison, and as an inventor, he saw it was not a good idea to put his name on his products,” Maier said. “He saw the recording artist as the star, not himself.” 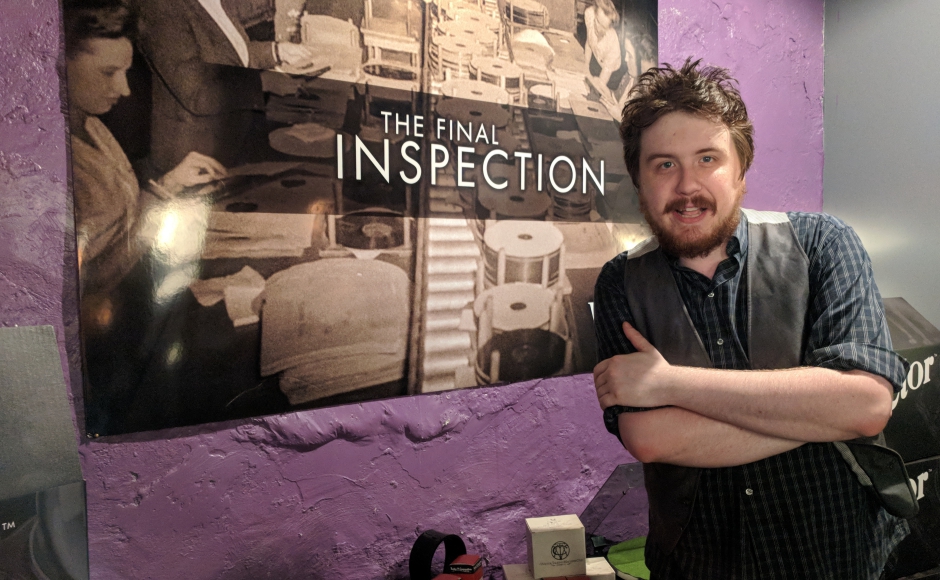 That’s the approach that Alexander wants VTMC to take under his direction.

He hopes that the various and intersecting lines of business under the Victor brand—equipment manufacturing, record pressing and production, music recording, and artist development—can all be yoked to generate a fair contract for the artists who make the recording industry what it is.

“A lot of people have lost touch with the fact that these industries started together,” Alexander said. “We have a rare opportunity to be a legacy brand and give a chunk of it back to musicians.”

Alexander plans to offer his recording artists royalties not just on the music they produce together, but “the ability to create wealth” by helping market the home audio products VTMC sells along with their music.

“We don’t want to be just an electronics company,” Alexander said. “We want to invest in musicians and pay them a sales royalty.

“Elvis sold a lot of drop-45 players for RCA Victor,” he said. “In the modern era, we’re paying 10 percent on every single product they help drive. That’s not something a normal company would do, so by investing in artists, they’ll invest in us.” 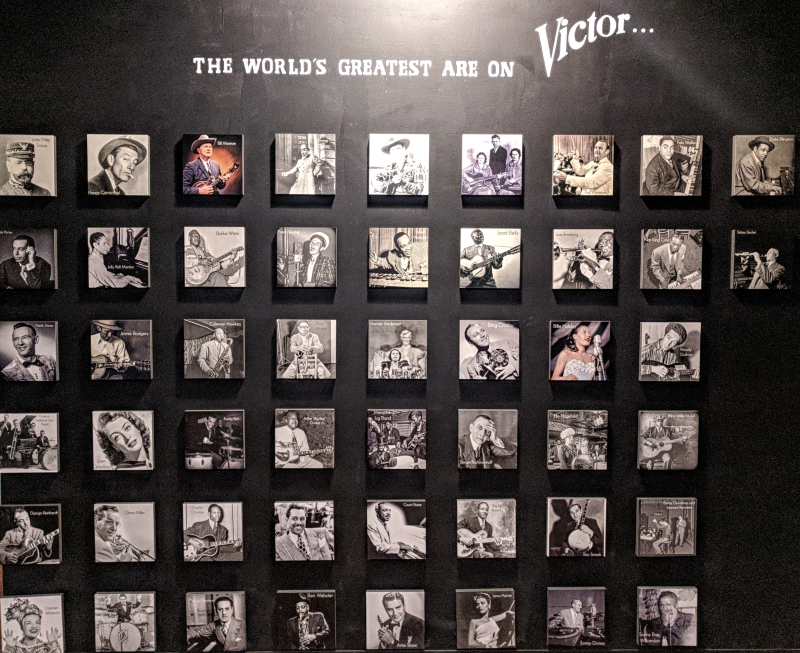 It’s not too far a stretch of the imagination. Historically, record labels have banked on a handful of top acts and used the revenues they generated to bankroll other projects that were slower to develop.

In the era of streaming revenues and cross-platform, equity-sharing contracts, however, there’s less of the pie left over for the vast majority of lower-level musicians, and a lot less timeline to develop.

“We want to change how the industry is functioning for the people left behind by the industry,” Alexander said.

“We need to find a way to keep new artists making music and not starving to death.

“Recorded music is a magical art form that we’re going to lose if we don’t reinvent it,” he said. “It still has to have an infrastructure, and artists are missing that infrastructure.”