Trending
You are at:Home»Government»Haddonfield Buys Bancroft for $12.2M, Will Redevelop 19-Acre Property

Borough leaders will sell back 8 acres to developer J. Brian O’Neill to build 80 townhomes. The plan includes provisions for a PILOT agreement and is not subject to referendum. 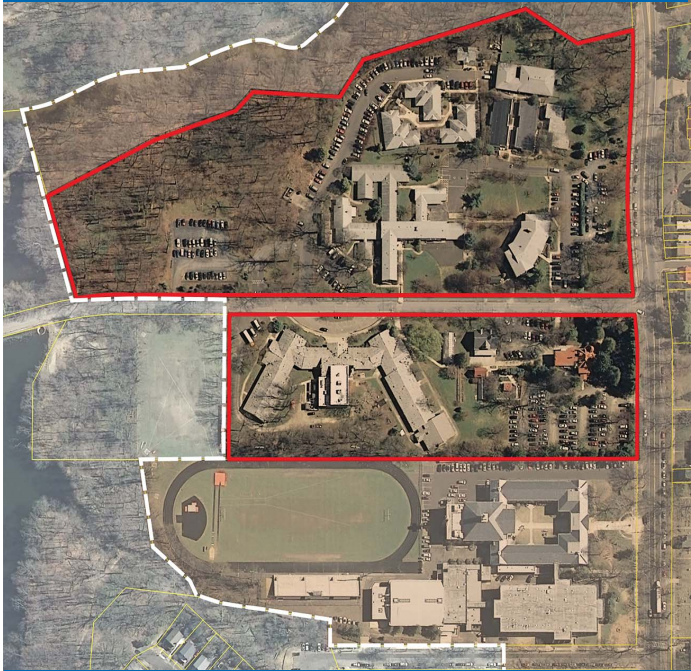 Whether in relief, gratitude, or sheer astonishment, the 20 or so people scattered throughout the room stood and applauded at the conclusion of the Haddonfield municipal government meeting Tuesday, as borough commissioners revealed the framework of an agreement to purchase the 19.22-acre Bancroft property from developer J. Brian O’Neill.

“After many months of discussions and negotiations, I’m extremely pleased that we finally reached an agreement,” Mayor Jeffrey Kasko told the room.

“The future of the Bancroft property will now have some better definition, and we’ll be in a very strong position to determine the future use of this piece of land,” Kasko said.

“After many years of debate and uncertainty about what will happen there, we’re very happy that we can move forward as a community and get this property moving forward in a manner that’s beneficial to all of us.”

O’Neill, who had closed on a deal for the parcel and was planning to situate an inpatient addictions rehabilitation center there, had drawn the ire and anxiety of residents, some of whom organized to oppose the development. Other residents hung red ribbons around their trees and on their homes to indicate their opposition to the deal. 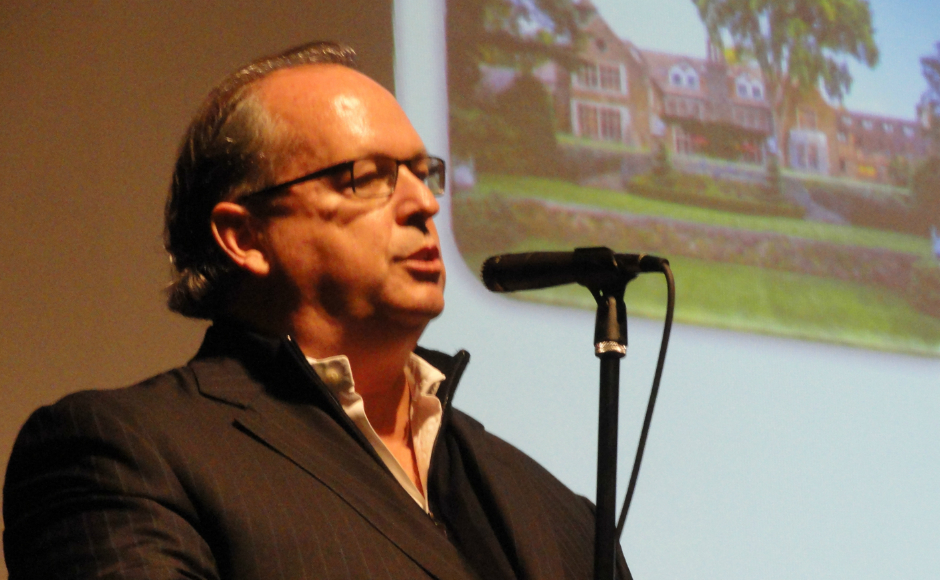 Only a few years removed from a failed referendum by the Haddonfield Board of Education to purchase the property—and almost exactly a decade after it had been declared in need of redevelopment—the borough found itself at a familiar crossroads.

The deal announced Tuesday will break that sense of déjà vu, to the tune of $12.9 million, the borough purchase price for the entire acreage. Closing is scheduled for June 30.

Bancroft will continue to operate its Haddonfield campus until a new facility is ready in Mt. Laurel, and will pay a $150,000 annual lease to occupy the property through 2018. That number doubles to $300,000 annually if the organization is still on the land in 2019 and 2020.

O’Neill retains the right to buy back 8.2 acres at a $5.5-million price, on which he can build 70 market-rate and 10 affordable townhomes, “age-targeted” (but not restricted to) owners aged 55 and older. The agreement also contains a $600,000 opt-out clause if the developer decides to pass on the opportunity, a lump sum that Haddonfield solicitor Mario Iavicoli described as covering O’Neill’s sunk costs in the rehab center proposal. Design requirements on the townhomes “will be completely consistent with the historic nature of our town,” Kasko said.

The agreement also obligates the borough to draft a PILOT (Payment In Lieu Of Taxes) agreement to offset payments the local government will make on the money it will bond to cover the purchase. 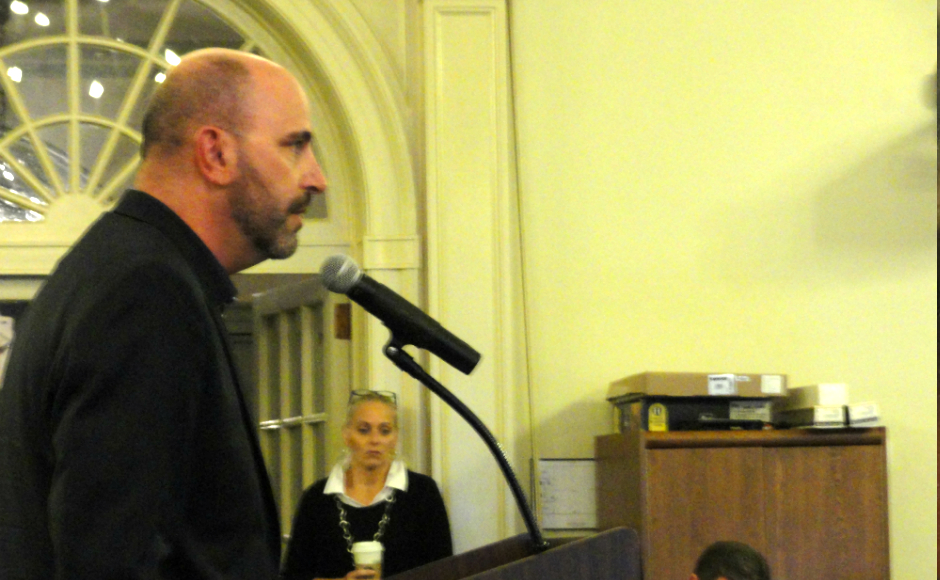 The additional 11-plus acres of land will be given over to public use, Kasko said. The site borders both a county park and Haddonfield Memorial High School, and the mayor had previously stated that he believes some portion of the property could remain as open space.

Whether any of it will be given over to the school district is a question none of the commissioners wanted to tackle at the outset of the deal.

“I think we’re going to have a community visioning of some sort,” Kasko said. “This is all contingent on having input at the public level, at the planning board level.

“We really have so many moving parts, and I’m sure we’re going to have a lot of public input,” he said.

“This development is not meant to cure ills of the schools,” said Commissioner John Moscatelli. “Certainly we can coordinate where we can. We’ll work with them.” 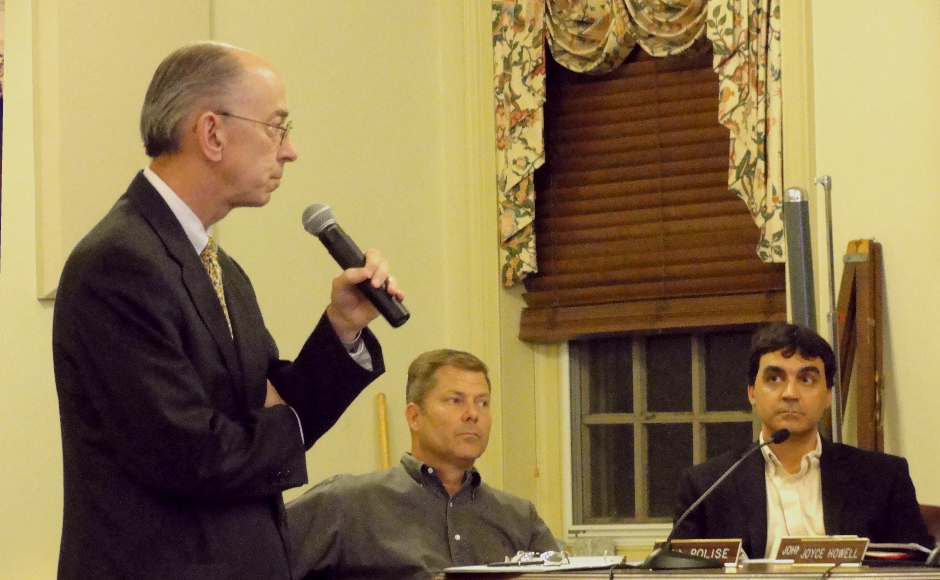 Moscatelli promised that the draft plan forthcoming from planner Phil Caton of the Trenton-based Clarke Caton Hintz “will have a fair bit of detail,” and will be subject to the normal public vetting process.

“People will be able to come in front of the planning board and bring up any issues they have: layout, open space, stormwater management,” Moscatelli said.

“I absolutely do not expect the planning board to rubber-stamp anything that’s put in front of them,” he said.

Kasko also pointed out that the project would occur within the confines of current redevelopment law, and would not be subject to a public referendum.

From the dais, Moscatelli thanked the public for “allowing this to work its course,” and assured those in attendance, “There was no way to work this faster.”

Commissioner Neal Rochford expressed his hope that the community would have an easier time rallying around the current proposal than it did the prior referendum.

“It is a very, very, very good deal for Haddonfield, and it moves us forward in a way that’s very positive,” Rochford said.

Iavicoli described the $12.9-million purchase price as “a fair number” not too far removed from the purchase price of $12.2 million in the 2012 school board referendum.

“That particular proposal added on because the school would have had to demolish the buildings,” he said. “Bancroft also wouldn’t have had to pay any rent on the site.”

The solicitor also revealed that O’Neill had asked as much as $14.5 million for the property, “and the commissioners wouldn’t budge beyond $12.9 [million].”

“It’s probably more money than we would like to have spent,” Moscatelli added. “I think we’d like to have total control of the redevelopment plan and who does the redevelopment. [But] we have no leverage to force [O’Neill] to deal with us. Nobody thinks this is a perfect agreement that does everything for everyone.”

In a statement attributed to O’Neill and released by the borough, the developer thanked commissioners for negotiating in good faith, saying, “I believe this is a win for all involved—for Haddonfield’s residents, for Bancroft, and for RCA. I am glad we could work this out.”