Trending
You are at:Home»Police & Fire»CamCo Health Systems Team up to Buy Narcan in Bulk

The agreement will cut costs of the opioid overdose reversal drug in half, as Cooper, Jefferson, Lourdes, and Virtua plan to provide it to Camden County law enforcement for free. 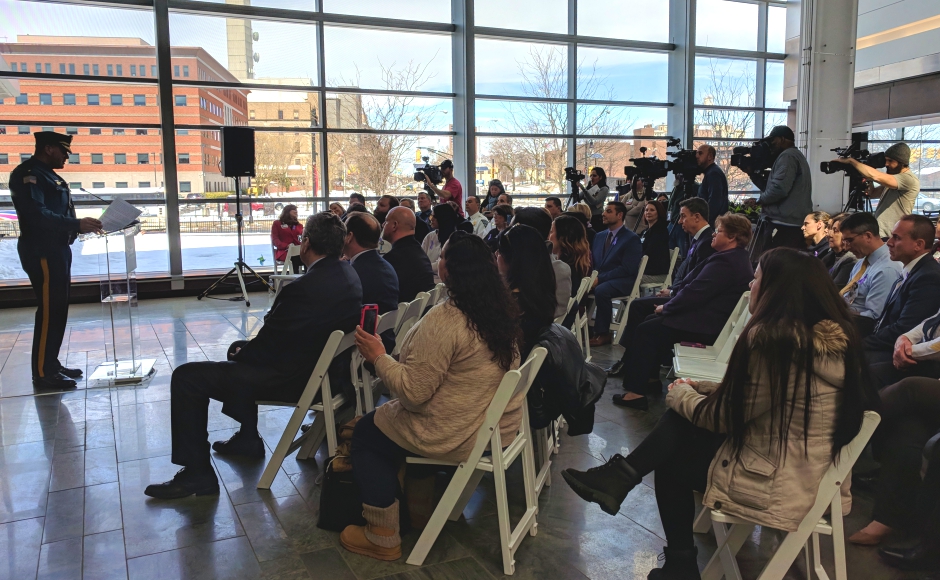 Four Camden County health systems are partnering up to purchase the opioid overdose reversal drug naloxone in bulk, and provide to it to police for free.

In an announcement Thursday, Cooper, Jefferson, Lourdes, and Virtua said the deal could save them as much as 50 percent over list price for the drug, known most commonly by its brand name, Narcan.

Under the terms of the agreement, Jefferson Health will handle the bulk purchases.

Naloxone is manufactured by Adapt Pharma of Radnor, Pennsylvania, and retails at $120 for a two-unit package. A Cooper spokesperson said the deal should cut that price down to $75, or $37.50 per 4-milligram dose.

Police are being provided them in packages of two because multiple administrations of the drug can be required to revive an overdosing person.

Jefferson Health President Joseph W. Devine described the agreement as a community health benefit that squares with the missions of the institutions involved.

“In healthcare, our responsibility is to the community,” Devine said. “It’s not just to those who are sick, it’s to those in need.” 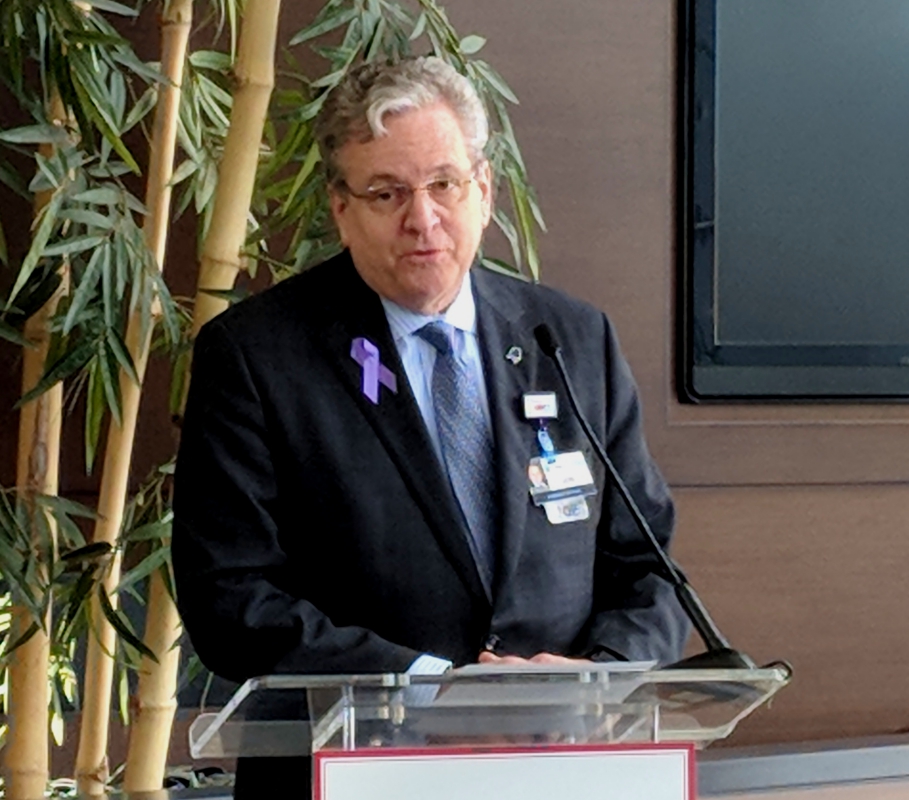 Advocating for greater access to mental health services, he described the naloxone acquisitions as “an important step, but it’s not the only step.

“Yes it’s a substance abuse issue, but many people who have these addictions are doing it because they have a behavioral issue,” Devine said.

He described naloxone as “the absolute first step” to resolving a health crisis that demands collaborative solutions and an expansion of inpatient treatment centers.

“As it stands right now, the best chance you have of saving somebody is giving them narcan, and getting them to an emergency room,” he said.

Speaking at the event, recovering opioid user Carly Leonard described herself as “a person that was given a second and third chance at life due to naloxone,” even as she countered the stereotypes of what an addict looks like.

“I have a loving, supportive, Italian family,” Leonard said. “I was raised right, with morals and values. There was no reason for me to become an addict. 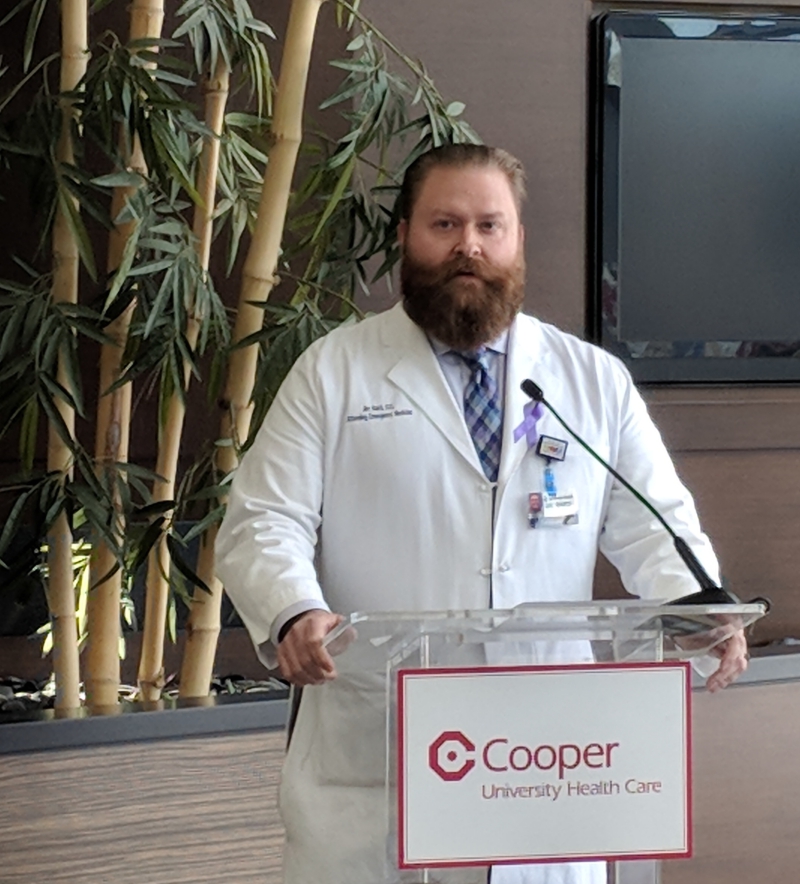 “Naloxone doesn’t give people a reason to use, it gives them a reason to live,” she said.

“My experience is proof that without naloxone I would not be here today.”

Pine Hill Police Chief Chris Winters, who is also president of the Camden County Police Chiefs Association, said naloxone has been deployed 1,350 times in the county since officers first started carrying it in May 2014.

At that time, departments were buying the drug themselves at $17.55 per dose; by December, the price had quadrupled, Winters said.

In 2015, Jefferson (then-Kennedy Health) began buying naloxone on behalf of the Chiefs Association, which paid them $20 per unit.

Agencies re-supply on a quarterly basis; the drug, which is administered via an intranasal inhaler, has a shelf life of about two to three years.

“The number one priority is the preservation of life, and [naloxone]  is a life-saving tool,” Winters said. “It’s just like an AED [defibrillator]. It’s just like oxygen.

“I think the point we’re at now, and where we’ve been, is what’s next,” he said. “We need to get to the treatment. We can’t control the system. If we could take [overdose victims]  right to a [hospital]  bed, I think we’d have a little more success.”

Winters said that comments like Leonard’s reflect the stigma that surrounds opioid addictions. The desperation of addiction drives shoplifting, residential burglaries, and thefts from vacant properties, making it the top catalyst of much of the crime in the county, he said. 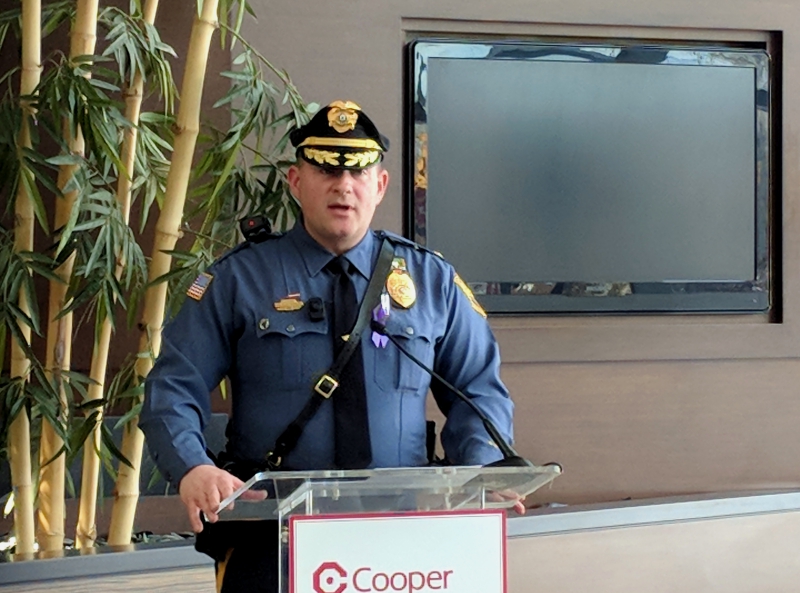 Furthermore, when emergency services personnel revive the same overdose victims over and over, sometimes within a 24-hour period, it can be tough to reaffirm the “the life-value piece,” to the professionals tasked with rescuing them, Winters said.

“If the message isn’t continually reinforced, it gets overwhelming,” he said.

“We’ve got to keep focus.

“The stigma’s the hardest piece,” he said. “We’ve made progress, but we’re still losing them.”

The group purchasing agreement is the latest move to combat South Jersey’s opioid public health crisis, and was organized with the guidance of the Camden County Addictions Awareness Task Force.

The county government is also suing Purdue Pharma, the makers of OxyContin and its derivatives, as well as its supply and retail chains, in a RICO action filed last month.

It has also developed Operation SAL (Save a Life), which is intended to help refer overdose victims to longer-term treatment, and policies to add narcan kits to public schools.