The fourth location for Dave Downham and Steve Poponi’s independent recording studio is the biggest yet, and will offer full-service engineering, mixing, mastering, and a suite of rehearsal spaces. 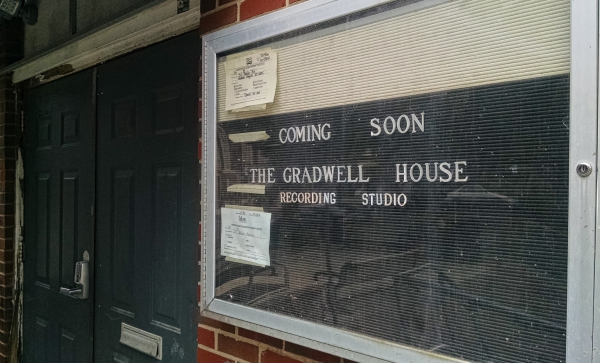 It’ll be another month or more before they’re ready to open the doors fully, but Steve Poponi and Dave Downham’s Gradwell House Studios is primed to make some noise in Haddon Heights.

In December 2014, the pair purchased the masonic lodge at 511 Station Avenue for something close to a song.

In the time since, they’ve sunk about a half-million dollars into transforming it into a state-of-the-art recording and practice studio, all while maintaining a full client load at their current location around the corner, at 222 W. Atlantic Avenue.

The new location is nearly triple the size of the Atlantic Avenue space. There’s still work to do—soffits, flooring, painting, and the installation of booth glass and doors—but when it’s done, Gradwell House will feature five studios and two control rooms situated above a lower-level mix of nine monthly and hourly rehearsal spaces, which are already completed and available to access.

Haddon Township architect Jay Reinert redesigned the space, the exterior of which was made to match the edifices of the Haddon Heights municipal building and library. A pair of concrete planters added to the front helps complete the look.

For Poponi, the masonic lodge represents the fourth location for the studio business he founded nearly 20 years ago. Gradwell House moved from a home-studio setup to a warehouse in Gloucester City, and eventually to the Atlantic Avenue location, where it’s spent the past 12 years. Each move has helped expand the business, but Poponi said the latest “is the culmination of all the things I’ve wanted in all the places we had studios.” 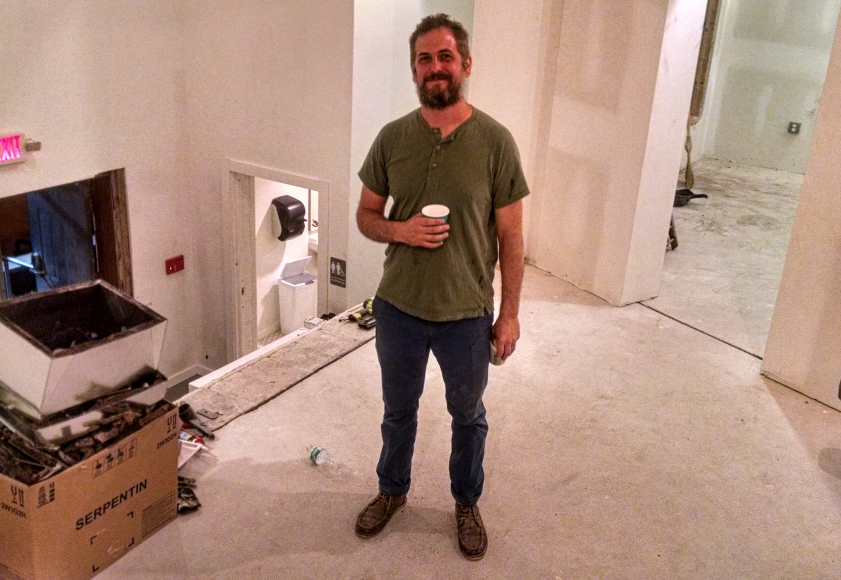 But with the opportunities of the newer, larger, more modern facilities on Station Avenue, he believes Gradwell House will see expanded opportunities in other genres it’s already recorded, like gospel, folk, R&B, and blues.

“The through-line is live music rather than programmed [music, or] beat production,” Downham said. “It’s people performing the music. This space is made to do that.”

Downham said he doesn’t model his production style after anyone’s, but that he’s influenced by “sonic stuff” that producers like Tchad Blake and Steve Albini have achieved in their approaches to the music of artists like The Black Keys, Arctic Monkeys, and Nirvana, respectively.

“There’s a way you can get into a record where you’re not telling people what to do musically, but you’re sonically affecting a record,” Downham said; “having a hands-off idea, making a band sound really good. We’re pretty flexible.” 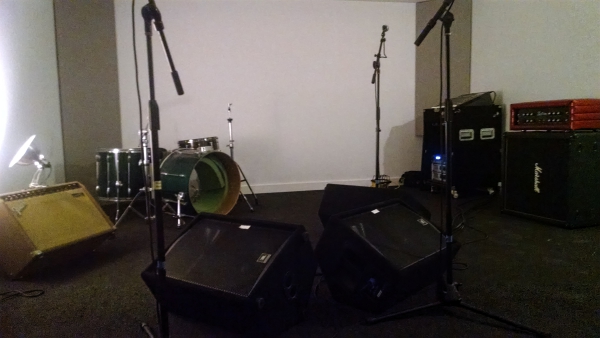 The hourly practice rooms at Gradwell House are outfitted with gear for renters. Credit: Matt Skoufalos.

“You’re half-mechanic, half-artist, and those two things meet in this magic spot, and you get the satisfaction of both things. It really is the dream job.”

Poponi and Downham are also highly aware that the competition for their services lies as much with the plugin-laced computer software that has given birth to a cottage industry of home recording studios as it does with other professionals in the area.

Gradwell House offers something different in its state-of-the art live room, experienced staff, and gear that captures sound with a higher degree of fidelity.

The jewel at the heart of the Gradwell House operations is a vintage, 32-channel Solid State Logic 4000 mixing console. Combined with a magnetic tape machine, the duo said its gear will enable clients to record “fully analog,” a service they were previously unable to offer.

When firing on all cylinders, the new facility should be able to accommodate monthly and hourly rehearsal tenants and provide audio recording, mixing, and mastering services simultaneously throughout the day. The expanded capacity should help Gradwell House grow a business that Poponi described as “constantly productive” in its current setting. 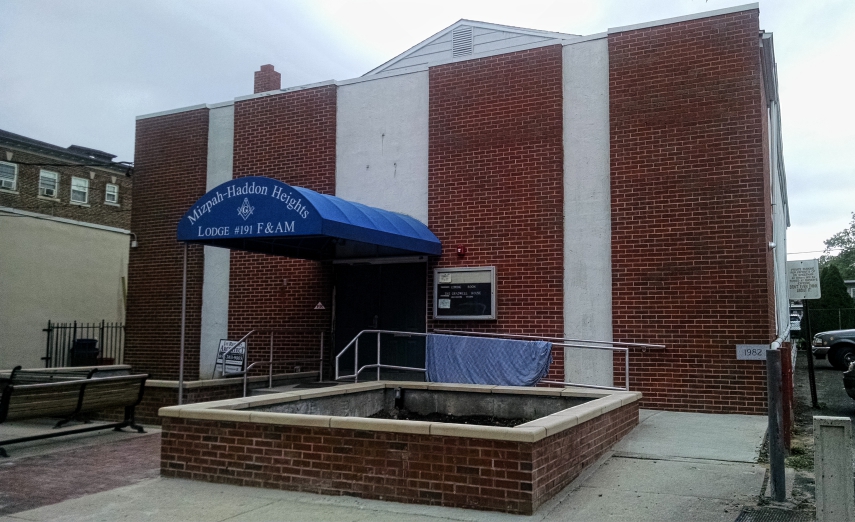 “At the space we’re at now, music literally happens for 18 hours a day,” he said. “We already have clients; we’re just moving over.”

Other Haddon Heights business owners are hoping for a boost to their bottom lines as a result of bringing some of that foot traffic to the Station Avenue district.

Joseph Gentile, whose Local Links cafe is situated just a few storefronts down, said the recording studio can help elevate the profile of the borough, which just hosted its first music festival this spring, as a music-friendly place.

“They’ve been customers since we opened; I think they’re going to continue to be customers,” Gentile said. “We’re all happy about it, and we just can’t wait until they’re in full swing. It’s going to bring a new vibe to Haddon Heights.”