Twenty-year-old Curtis Jenkins, III was known to his alleged kidnapper and eventual killer(s), police say. A Westville man has been charged in the incident, but more could follow.

Police say a 20-year-old Camden City man who was reported missing Monday, and whose body turned up in an abandoned structure in the city Tuesday night, was known to his alleged abductor.

Thirty-two-year-old Brandon Beverly of Woodbury was arrested July 1 on an unrelated warrant.

He was remanded to the Camden County Jail Tuesday on charges of aggravated assault and kidnapping.

Those charges could escalate to mandatory life imprisonment if Beverly is convicted of having killed Jenkins, III in the course of the kidnapping.

The cause of death was ruled to be asphyxia without any other trauma to the body.

In a press conference Wednesday, Bill Townsend, Chief of Detectives at the Camden County Prosecutor’s Office (CCPO) said Beverly and Jenkins, III were “not unfamiliar to one another.

Townsend offered little other information; more is anticipated to follow later today with the release of formal documents in the investigation. Jenkins, III is the grandson of Camden City Council President Curtis Jenkins.

In a statement issued Monday, Camden County Police Chief Scott Thomson described Beverly as a participant in “a calculated plot to entrap and abduct the victim.”

“Based on the information from the investigation thus far, we do not believe this was a random act,” Thomson said.

Multiple law enforcement agencies collaborated on the case, including the CCPO, the New Jersey State Police, the Federal Bureau of Investigation, and the U.S. Marshals Service.

Camden County Assistant Police Chief Joseph Wysocki said all those agencies put “boots on the ground” early Monday after having suspected that Jenkins, III may not return alive. 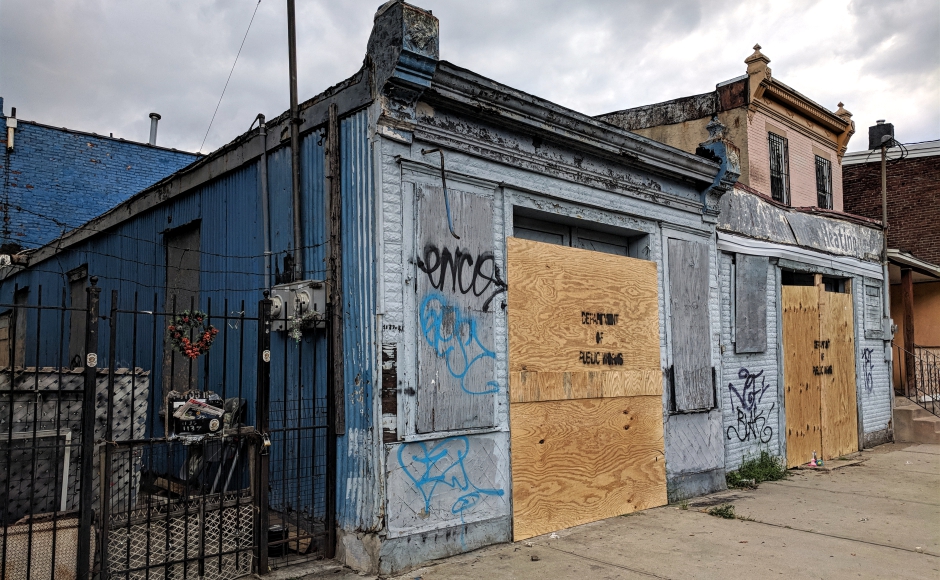 The abandoned building on Liberty Street in Camden where the body of Curtis Jenkins, III was recovered. Credit: Matt Skoufalos.

“It was within hours that we realized there was foul play involved,” Wysocki said.

“At that point, we were able to contact the FBI, Camden County Prosecutor’s Office, U.S. Marshals.”

About 100 officers from various agencies worked on the case, some for more than 30 consecutive hours, he said.

They eventually recovered Jenkins, III’s body in an abandoned structure in the 1100 block of Liberty Street around 10 p.m. Tuesday night.

A small vigil with a lit candle had been erected outside the same, boarded-up structure Wednesday afternoon.

“There was a lot of witnesses that assisted and a lot of surveillance that helped out,” Townsend said. “We’re still seeking the public’s assistance in closing some of the gaps we still have.”

Townsend didn’t rule out charging additional people in connection with the incident. Beverly will have a detention hearing July 5 before Judge Edward J. McBride.

This is a developing story; more details to follow as we have them. Anyone with information about the case is asked to call the Camden County Police tip line at 856-757-7042, or via the StopIt App.