Ethien E. Rosario, Jr. is charged with sexual assault, kidnapping, and carjacking of a victim authorities say he met at a Route 38 Wawa on May 4. 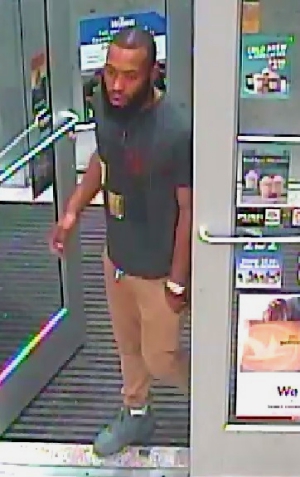 UPDATE: May 19, 2019: Cherry Hill Police have charged 26-year-old Ethien E. Rosario, Jr. of Sicklerville with carjacking, kidnapping, and sexually assaulting a victim he met at the Route 38 Wawa May 4.

After a warrant was issued for his arrest, Rosario, Jr. turned himself into the department later that day.

Rosario, Jr. was identified thanks to tips from the public, and the department is asking anyone with information about the case to come forward.

Anyone with information about the incident is asked to contact the Cherry Hill Police Department at 846-488-7828.

Tips can also be submitted anonymously to tips@cherryhillpolice.com, by clicking this link, or by texting TIP CHERRYHILLPD followed by your message to 888777.

Anyone charged with a crime is innocent unless and until proven guilty in a court of law. An arrest is not a conviction.

Cherry Hill police are looking for a man wanted in connection with a sexual assault that they say started when the suspect met the victim at a township Wawa in the early morning hours of May 4.

According to the department, the two encountered one another around 3:15 a.m. at the Wawa in the 500 block of Route 38.

They left in the victim’s vehicle, and traveled “to an undetermined location where the assault took place,” police noted in a press release.

Afterwards, “the suspect left by unknown means and the victim returned home and notified police.”

The suspect is described as being in his late 30’s to early 40’s, of average height and build, with black hair and a beard.

Tips can also be submitted anonymously to tips@cherryhillpolice.com, by clicking this link, or by texting TIP CHERRYHILLPD followed by your message to 888777.