The arrest of a woman pressed into the sex trade by threat of force illustrates how the effects of slavery are felt close to home. 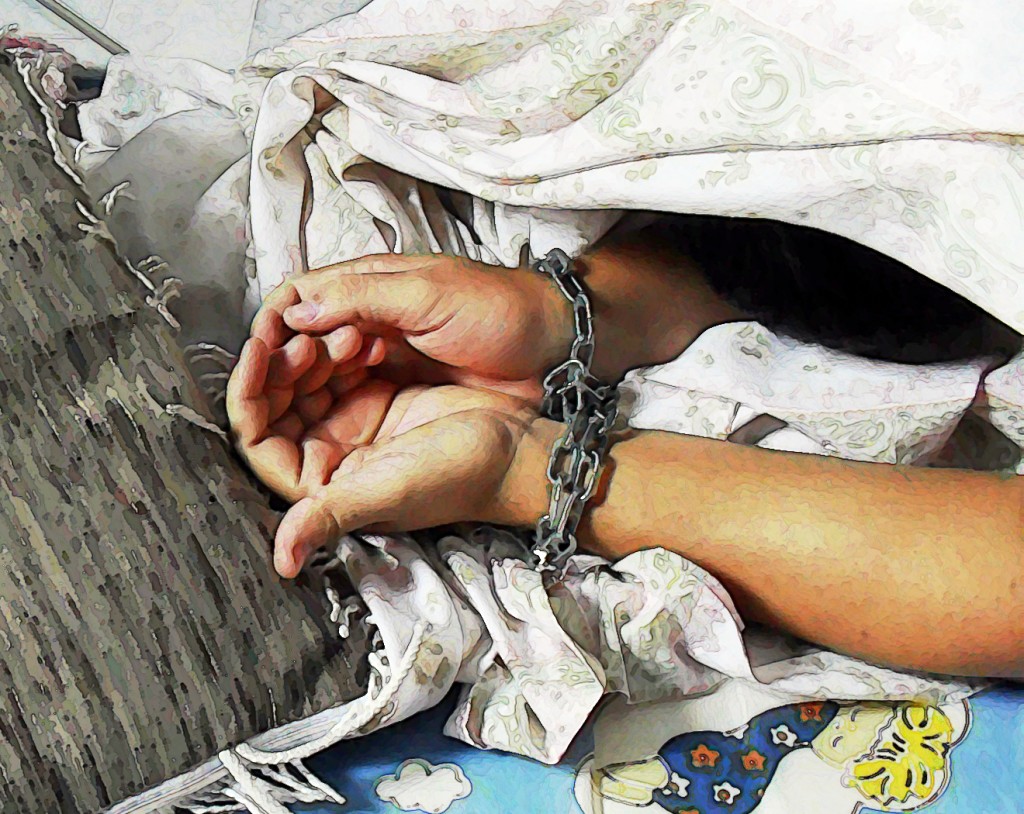 The two met out of state, and police don’t know if there’s any particular reason they ended up in Cherry Hill.

“My understanding is that when the meetings started, he was a clean-cut, well-dressed, and well-spoken guy,” said Det. Sgt. Richard Humes.

“She didn’t realize what was going on until it was too late.”

The woman to whom Humes is referring was arrested January 15 for soliciting sex from an undercover Cherry Hill police officer.

The formerly “clean-cut, well-dressed, and well-spoken guy” who was picked up on human trafficking charges is 29-year-old Javaan J. Hall, of Dorchester, Mass., whom police allege forced the woman to engage in prostitution “several times a day by using threats of violence.”

Hall was remanded to the Camden County jail in lieu of $300,000 full-cash bail. The woman was released after being referred to a social worker.

It’s the second human trafficking case Cherry Hill has handled in two years, Humes said. Both were resolved in stings at local hotels that were facilitated by online advertisements.

“You’d love to go out and do this every day,” Humes said, “but we’ve got to pick our battles.” 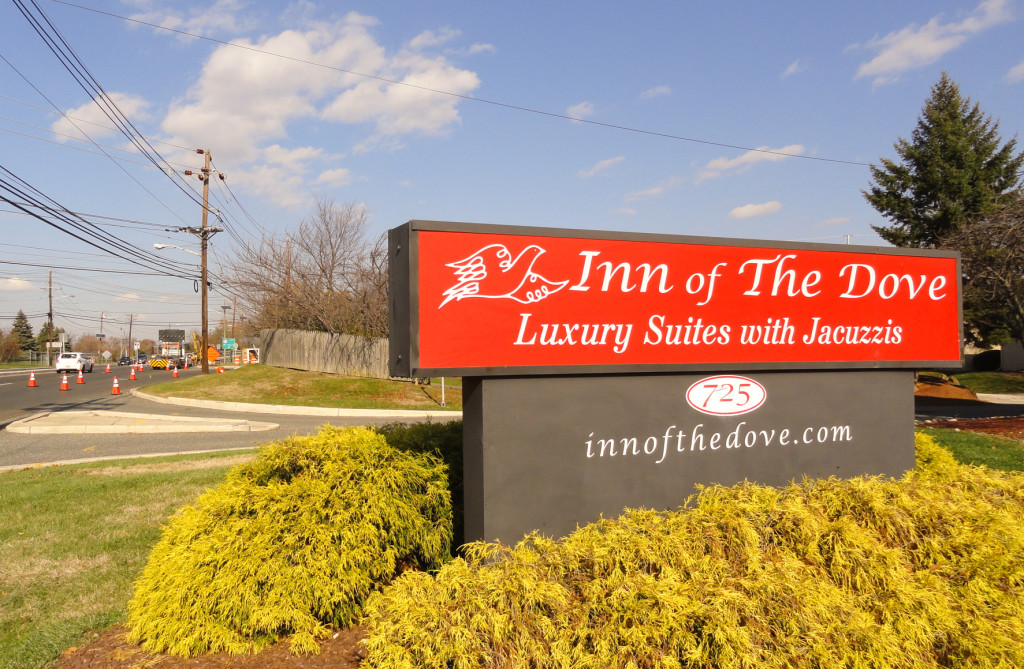 Hotels and motels at the edges of Cherry Hill are frequently patrolled by police. Credit: Matt Skoufalos.

From the back streets to Backpage.com

There are certain local properties that Humes said the department regularly patrols on a frequent basis, including hotels that “cater to a certain clientele,” he said; “short-term rental[s]” that the township has made redeveloping a priority in the near future.

Training for this kind of work starts “in the street,” Humes said, by which he means police follow tips and chatter to find out “where you go to get an escort.”

But nowadays they exhaust far less shoe leather just by monitoring a site like Backpage.com, an online classifieds site that human trafficking expert Kelly Master of Collingswood says is well known to authorities for its role in the sex trade.

“This is the place that these victims are being bought and sold daily,” Master said. “This is the number-one place.

Master operates a nonprofit, Dining For Dignity, which works to raise awareness of human trafficking and advocate for its victims through monthly public events. She said one of the biggest challenges in confronting the issue is keeping vulnerable people out of harm’s way by building safer communities.

“When I started getting into this, I thought this was in Thailand, Cambodia, and there’s a disconnect,” Master said. “Teenagers are being sold for sex in America at an alarming rate.”

Master recalls the story of her friend, Val, who grew up in a two-parent, Cherry Hill household, and was groomed for prostitution by a pimp who spotted her working at a local McDonald’s at 17.

“Every night this pimp would come through telling her, ‘You can make more money modeling,’” Master said. “He would send his girls to come through.

“One night she got in a fight with her dad, and the guy came and picked her up and drove her to Philly and started selling her for sex,” she said.

When Val’s father called the police, Master said, the pimp took her to Florida, where he sold Val to another pimp.

“He branded her, with his name on her ankle—they literally tattoo them like cattle—and then he sold her,” Master said.

Val eventually escaped but still faces years of rehabilitative therapy. Stories like hers are harrowing, but they don’t have to happen, Master said.

“There are ways where if our community had been involved maybe the next girl or the next boy’s story could turn out differently,” she said.

“My goal is to have people say, ‘I don’t have to do anything different in my life other than be alert.’” 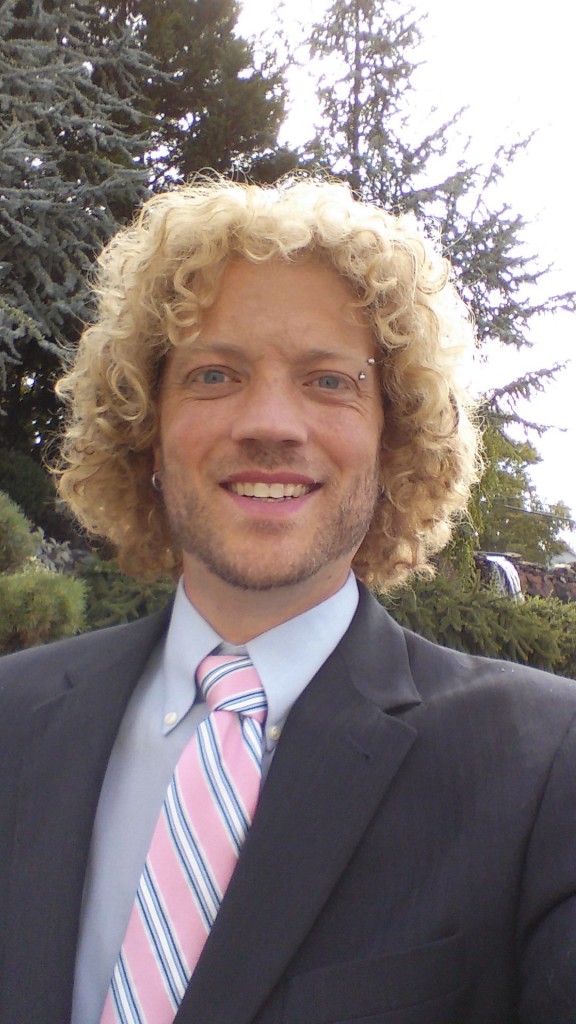 ‘If we prepare ourselves, we shouldn’t live in fear’

To that end, Master will speak on Friday, January 23 at the Oaklyn Baptist Church about ways for families to protect themselves and their communities against such predation.

Oaklyn Baptist Youth Pastor Randy Van Osten said the event is “about figuring out the red flags of human trafficking around you.

“Most people don’t realize there’s 27 million slaves in the world today,” he said.

“My youth group has a lot of teenage girls in it, and I just kept thinking about areas where they could be vulnerable.”

Human trafficking “thrives in secrecy,” Van Osten said; “until it gets exposed, it’s going to remain invisible to the public eye.”

“If we prepare ourselves, we shouldn’t live in fear,” he said.

For parents, Van Osten said, that means taking a more active role in children’s activities, friendships, and social media habits, and building a closer relationship with them at the same time.

“Talk to your kids,” he said. “Be involved with your kids. All the good things any parent wants to do, you have to do.”

Finally, Humes added, what’s just as difficult for victims of the sex trade is overcoming the public shame surrounding prostitution, which often leads to a wave of trauma as they work through recovery.

“What you need to change is the mentality,” Humes said. “There’s a stigma with prostitution; a lot of girls who didn’t want to get involved with this, who made one bad decision.

“We have to take that stigma away.”

“Shattered: Lust and Lies,” Kelly Master’s talk on human trafficking, will be presented from 7 to 9 p.m. Friday at the Oaklyn Baptist Church. Admission is free; donations will be collected for victims aided by Master’s charity.