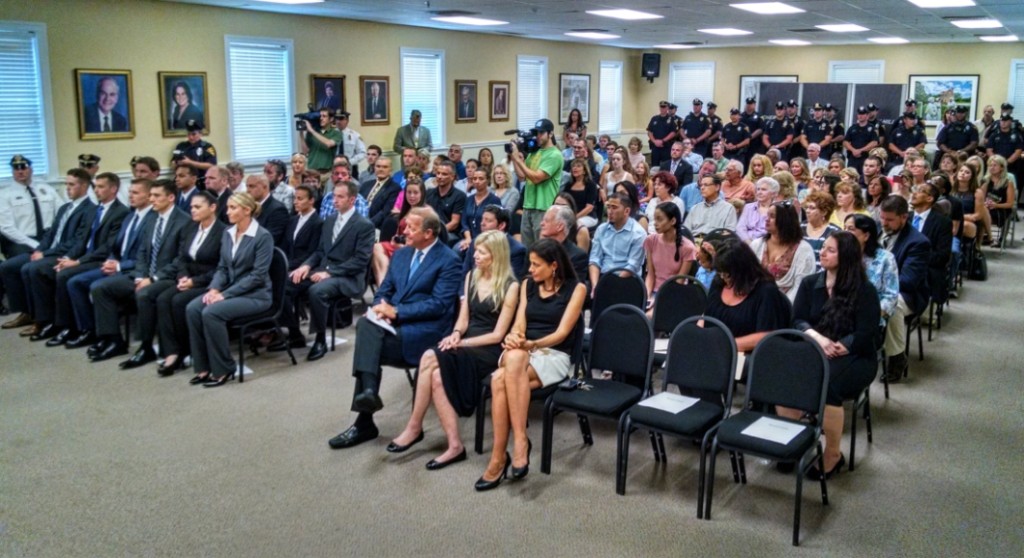 Cherry Hill Police Chief Bud Monaghan opened his remarks to the recruits the same way in which he’d invited public participation in the process that led to their hire: with an invocation of community support.

“What’s critically important for everyone to understand [is that] we do not hire police officers,” Monaghan said. “We hire people who want to become a police officer. Our process is very rigorous, very long, and very intense, with one purpose in mind: to find the best officers we can for this police department.

“You need to be a human being first each and every day,” the chief told his recruits. “You can take pride in the badge you wear on your chest and the patch that’s on your sleeve, but you’re a person first.”

“This department, this township, is special. It’s special because of the people who work here.

“We expect a lot, we demand a lot, we hold ourselves to a higher standard,” he said. “We’re different for a reason because of the people who work here.”

Hiring a diversity of officers was just as important to Monaghan as was communicating the transparency of the process, and the chief described the new recruits as “fairly diverse” by age and experience. Three of the 12 new officers are women; one has “a firm background in mental health,” which Monaghan said is important in de-escalating confrontations with citizens who have behavioral issues.

Another 80 recruits who passed the written, physical, interview, and background clearances remain on the selection list, which the chief said is viable for the next two-to-three years. 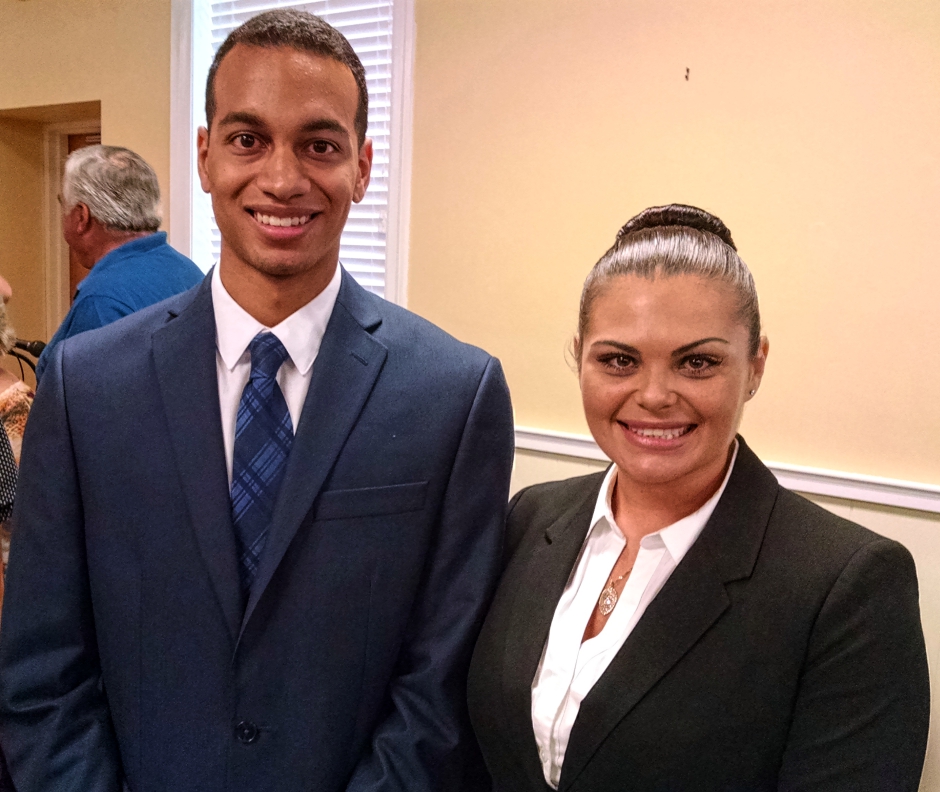 Catalano, 30, of Jackson, NJ, joins the department after having spent three years in police dispatch. She is a generational officer, the daughter of a Toms River policeman whose life was cut short.

In the wake of her father’s passing, Catalano said, “the law enforcement family was behind us.

“Seeing what the brothers and sisters did, the camaraderie, it made me realize this is where I’m meant to be,” she said.

“I have to follow that path. I wanted to be with a department that had a very strong, proactive sense of community, and this is one of the best departments in New Jersey with community involvement.”

Catalano said she hopes to make detective throughout her career, and looks forward to building a rapport with members of the local business community and school system.

Similarly, Vasquez, a 23-year-old Pennsauken native, would like his career to focus on community policing, and hopes to be able to influence young people in particular.

“I want to show them that every contact with a police officer can have a positive impact on people’s life and make a difference,” he said.

Vasquez spent a few years of his childhood in Cherry Hill, and is excited to return to the community to work there as an officer.

Having studied psychology and criminal justice at Fairleigh Dickinson University, Vasquez said many of his professors were former law enforcement officers who instilled in him the value of the career in helping transform lives.

“After college, I came back home and started teaching in a district for kids with behavioral or emotional needs,” he said. “A lot of their problems came from being victims of crime or witnessing crime. I wanted to have an impact on youth, and show them an active role model.”

Cherry Hill Mayor Chuck Cahn thanked Monaghan, the officers, and the department at large for their commitment to policing the community “with restraint and respect.

“You will always have my respect and the respect of the residents that live here, he told them. “I know how much you are looking forward to being part of this great community and this great department, and I know you will serve it with honor in the years ahead.”

From the perspective of the township, Cahn said that the ability to hire a dozen officers at once—the largest single hiring in his tenure—makes an important statement about commitment of its resources to public safety. He commended Monaghan for “humanizing” the candidate selection process with transparency and the involvement of community leaders of various faiths and perspectives. 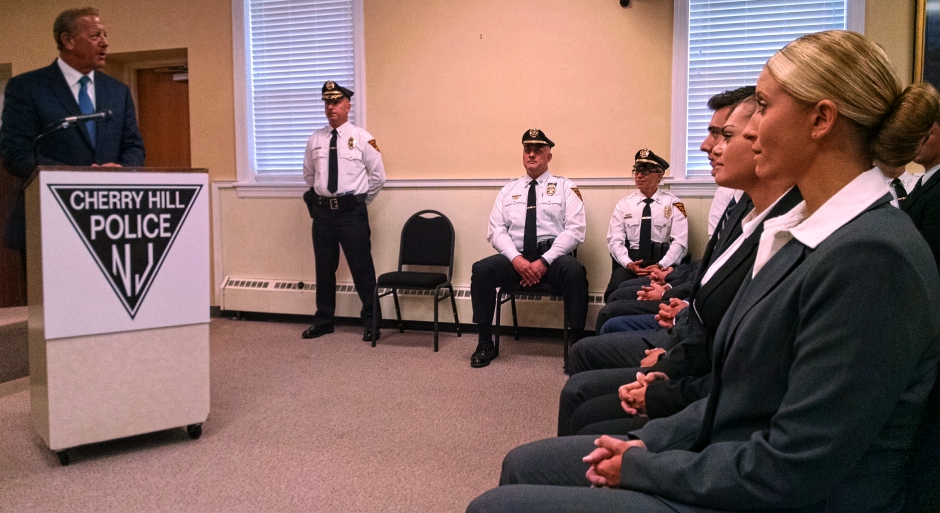 “Our goal is to try to bring the police into the community,” Cahn said.

Police chaplain Monsingor Mike Mannion urged the officers to use their talents in service to the community, and asked them to rely on their initiative, compassion, and understanding to keep it safe.

“Your gifts are never just for you, but through you to serve others,” Mannion said.

Rabbi Larry Sernovitz, another Cherry Hill police chaplain, acknowledged the emotional and psychological burdens borne by officers who will experience things that the majority of the citizenry never will.

“The challenge and the blessing of that is a big deal,” Sernovitz said. “We know that duty is dangerous.”

Sernovitz prayed that the officers would be given “the courage to face and conquer their own fears… to go where others will not go; to trust their instincts, even in the face of adversity.”

In a political climate where violence has been both perpetuated by and directed towards police, the rabbi said one of the greatest protections officers can have is the respect and trust of the people they are sworn to serve.

To stave off such tensions “depends on this community coming together and loving each other, even though we may not know one another, because we are all human beings together in this sacred journey of life,” Sernovitz said.