Trending
You are at:Home»Police & Fire»Collingswood»Close Call in Sunday Car Crash at DiBartolo Bakery

A driver accidentally reversed into the kitchen wall, missing the Collingswood baker by inches. 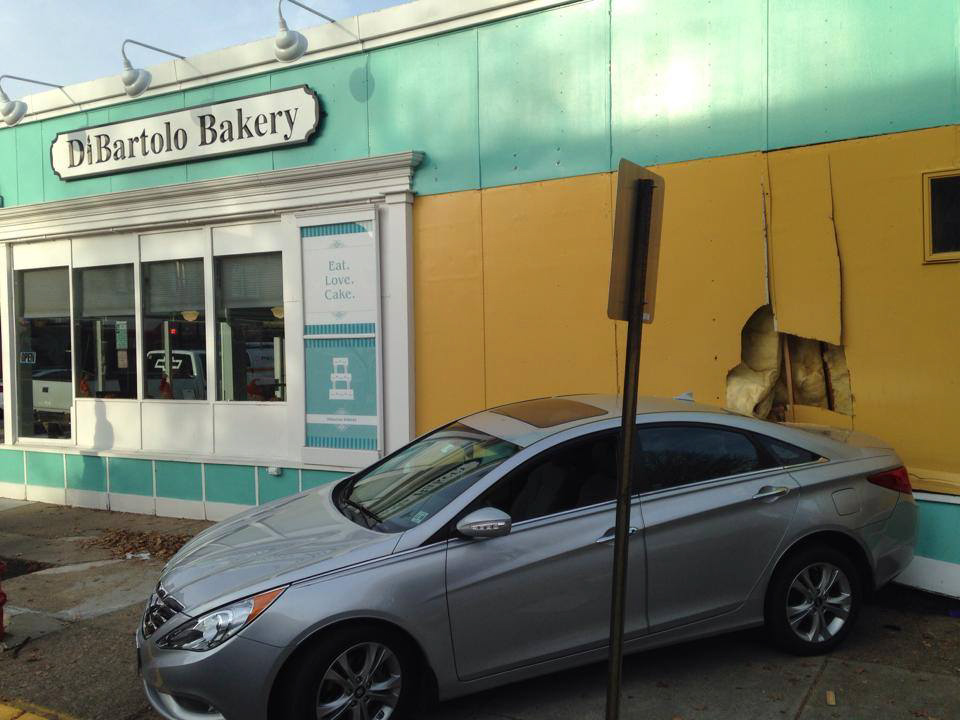 It was a typically busy Sunday morning at the DiBartolo Bakery in Collingswood when the silver Toyota sedan came through the side wall of the kitchen, pushing wood and insulation with it.

Mike DiBartolo had just put a pot on the mixing stand and walked over to the oven to check on his cakes.

The spot where he’d been standing disappeared just as quickly as he’d left it, as the industrial mixer was driven off the wall and into the large prep table in the center of the room.

“I would’ve been crushed,” he said.

The car belonged to a regular, DiBartolo said, and according to him, it had been parked out in front of the corner bakery, along Haddon Avenue. 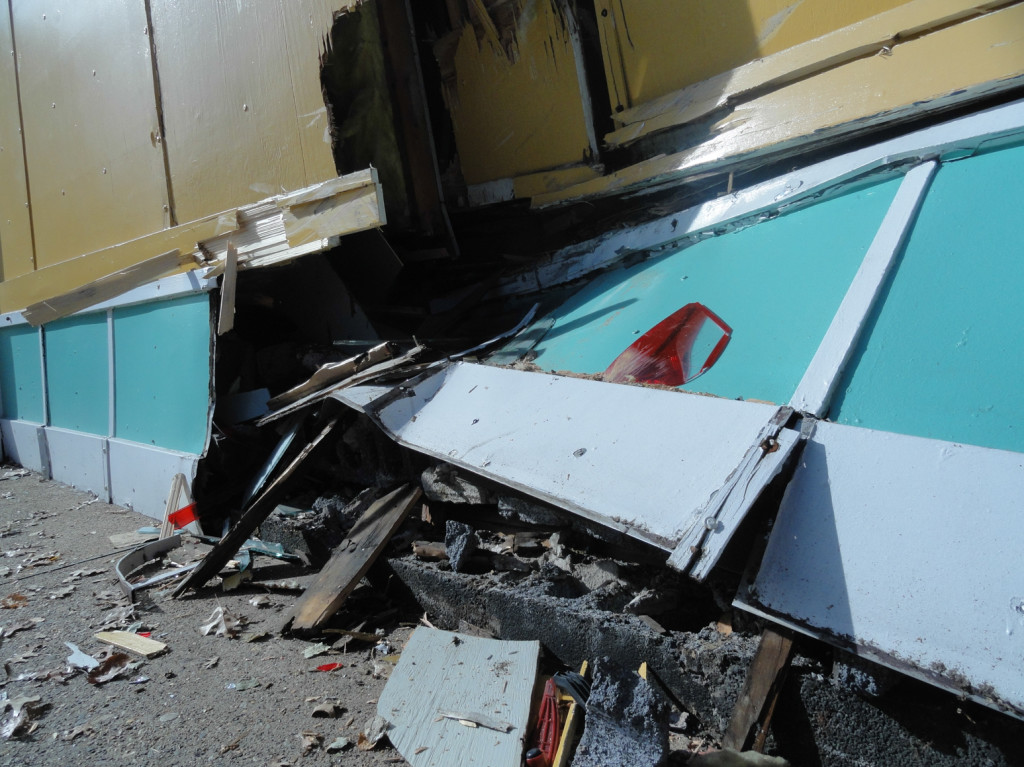 Closeup of the exterior damage to the bakery. Credit: Matt Skoufalos.

Instead of proceeding along Haddon, however, the vehicle allegedly reversed gear, DiBartolo said, missing a planter and fire hydrant before plowing into the Lincoln Avenue side of his building.

The bakery has had its share of excitement of late, owing to a pair of reality television appearances and a new exterior look.

But DiBartolo confessed that Sunday’s action was quite different.

“That shook me up a little bit,” he said.

No one was harmed in the accident. 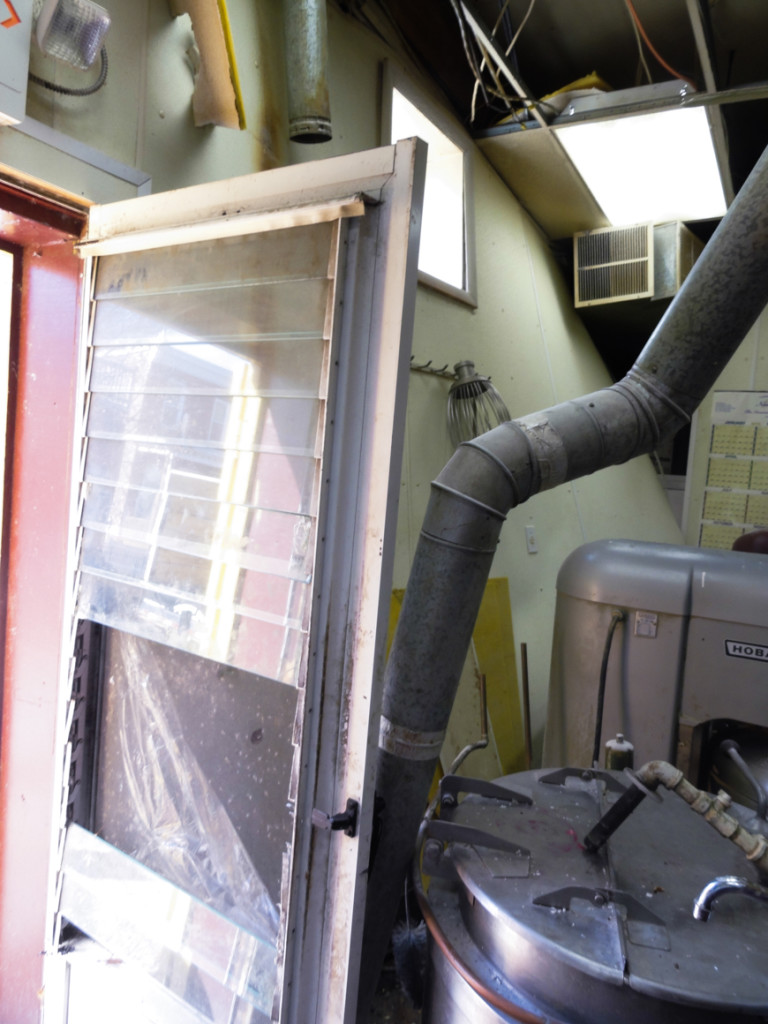 Interior wall of the bakery after the crash. Credit: Matt Skoufalos.