Trending
You are at:Home»Police & Fire»Collingswood»Collingswood Family of Five Displaced After Sunday Fire

Collections are underway for the McDade family, who are also seeking a local rental while their home is repaired. 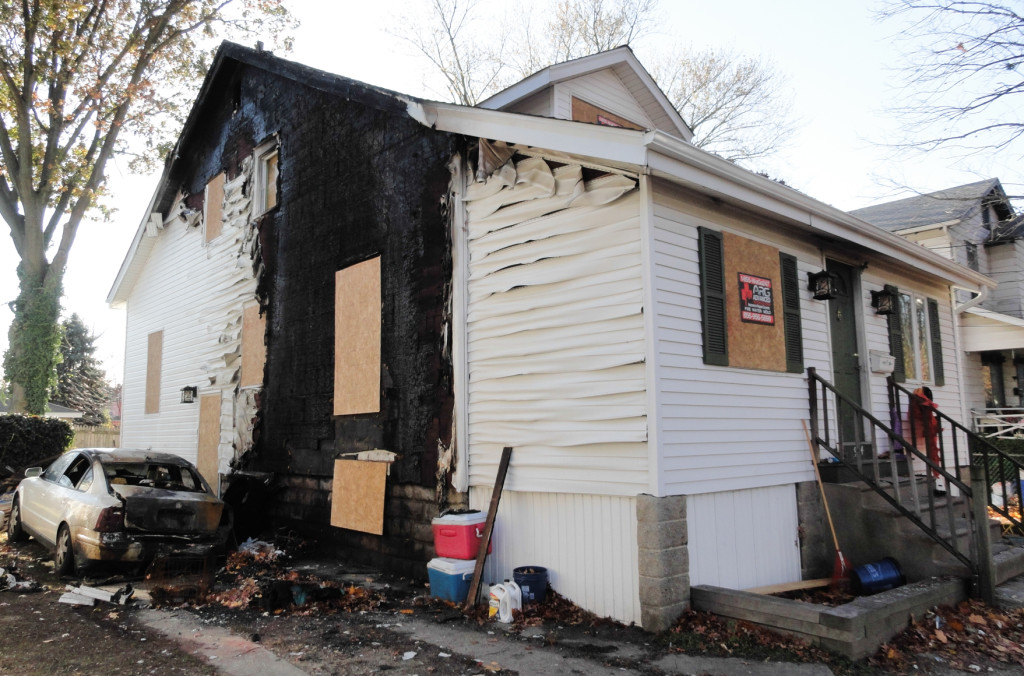 The aftermath of a Collingswood house fire. Credit: Matt Skoufalos.

A Sunday afternoon house fire in Collingswood displaced a family of five, torched a car, and has set a community into action in response.

Collingswood Fire Chief Keith Davis reported that the call came in at 1:38 p.m. on November 16.

Three-and-a-half minutes later, engines responded to the 900 block of Oriental Avenue to discover flames lapping up the side of the house.

The fire extended into the first floor of the home and took 20 minutes to subdue, Davis said. Its cause is still under investigation.

Companies from Cherry Hill, Gloucester, Pennsauken, and Westmont also responded to the incident in a supporting role, the chief said. 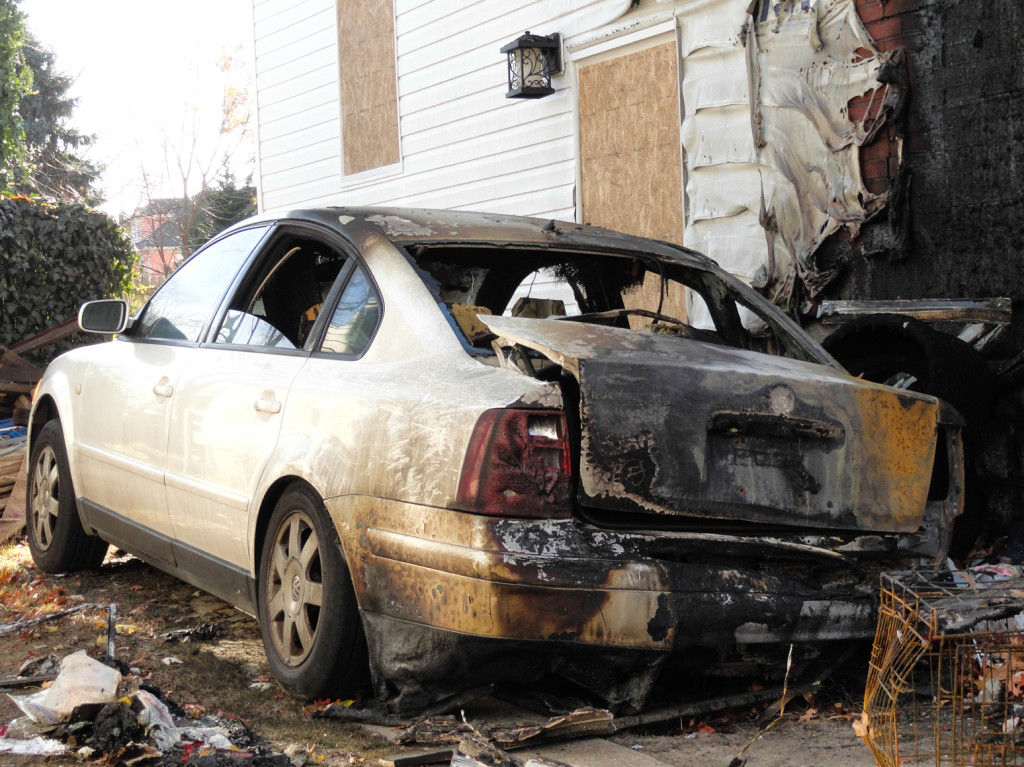 A vehicle that was damaged by the fire on Oriental Ave. Credit: Matt Skoufalos.

Collections are underway for the victims of the fire, the McDade family, who are still in search of a temporary, local rental until their home can be renovated.

As of Tuesday, more than $1,800 had been raised through a crowdfunding campaign. Tatem Elementary School of Collingswood will collect gift cards for the family at its November 20 book fair at the Cherry Hill Barnes and Noble.

Neighbor Kaitlynn Hyland, who said she babysits for the McDades, said “it’s hard.”

“I know they’re okay and they’re staying in a hotel,” Hyland said.

The family includes an 18- and an 11-year-old boy, a three-year-old girl, and a dog*. Hyland said that the two older children lost their clothes and toys in the fire.

Davis also reported that the Seibel family, whose Crestmont Terrace home caught fire in October, has located a rental in town. The cause of that fire has still yet to be determined.

The chief also offered a few seasonal safety tips, including cautioning residents not to leave dry leaves against their homes or beneath their cars, as these can easily spread a fire. (Davis also pointed out that dry leaves were not known to be a factor in either of the recent incidents.)

“Check your heaters and fireplaces before turning them on,” Davis said. “Check your smoke detectors and carbon monoxide filters.”

Correction: An earlier draft of this story mistakenly reported that the McDade family includes an infant.