After various and lengthy attempts to negotiate with title holders of abandoned and foreclosed properties in the borough, Collingswood will avail itself of a new state law to seize, rehab, and remarket them. 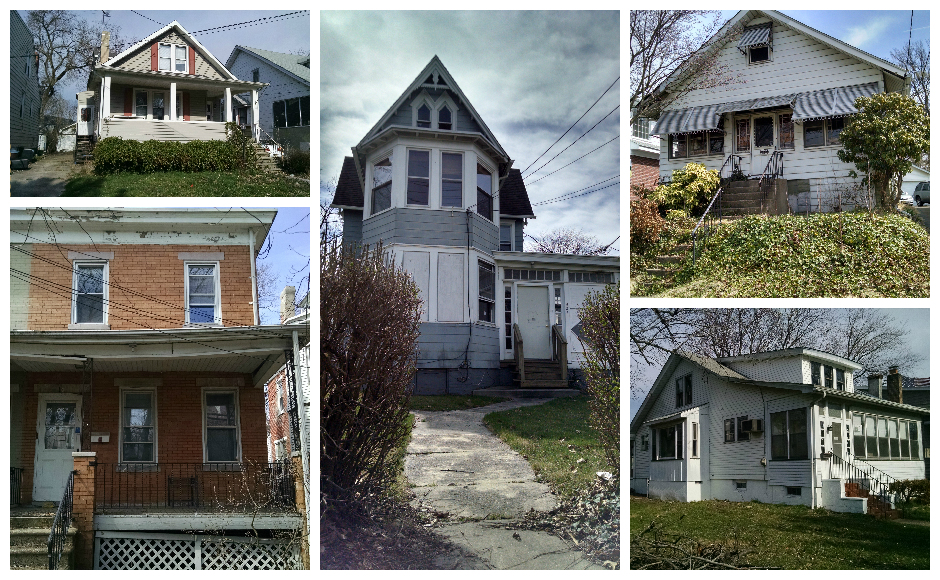 Five of the abandoned properties targeted by Collingswood for rehabilitation. Credit: Matt Skoufalos.

It’s been 18 months or so since Collingswood took the reins of a multi-community initiative to address its persistent problem of abandoned and foreclosed properties.

In the absence of any constructive dialogue with mortgage holders or private interest in flipping such homes, Collingswood is taking a different approach to an epidemic that Mayor Jim Maley once described as “the seeds of blight.”

Starting this summer, the borough will rely upon powers afforded by the statewide Abandoned Properties Rehabilitation Act (APRA) to tackle a short list of the most neglected properties in town. Of some 60 foreclosed and abandoned homes in the community, Collingswood plans to move on 12, for now.

“Our market’s pretty strong right now, and we think it’s the right time,” Maley said. “If you fix up the property, it helps all the values in the area.

“To me, that’s the only goal there can be,” the mayor said. “It’s not to cut the grass and put a fresh coat of paint on it. It’s to get a property back into productive use.”

As part of a multi-town initiative, Maley had tried to get the attention of bank owners by leveraging a bulk collection of properties across a handful of communities, but to no avail. Strategically, financial institutions reap greater benefit from a defunct property by paying local taxes, writing off the losses, and waiting for a customer who will pay the minimum amount on the loan, he said.

“We collected a lot of data, had a lot of good information, and I made a bunch of attempts with banks on it,” Maley said. “There’s no self-interest for the banks to get these properties into productive use. None of it has reached that critical mass. They’re just dealing with fish that are too small.”

In the meantime, the APRA forces the issue by allowing communities like Collingswood to take control of neglected properties with a plan for their rehabilitation. The law sets out “a very long, tedious process” that Maley described as “eminent domain of a different color.”

It gives the borough the authority to fix up private properties that have been abandoned for at least six months and are unsuitable for occupancy for any of a handful of reasons: discontinued construction, delinquent and unpaid property taxes, attracting vermin, or being a fire, health, or safety hazard. If no one connected to such properties is willing to do the work to bring them up to salable condition, the law allows a municipality to take title of the properties “with an eye toward selling them and getting them back into productive use,” Maley said. 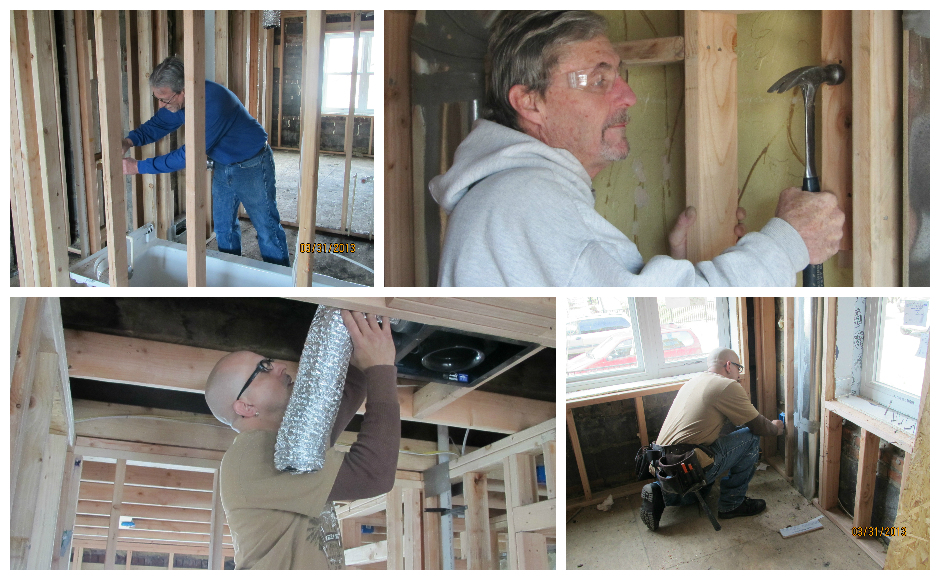 As a partner in this process, the borough enlisted the help of the St. Joseph’s Carpenter Society (SJCS), a 30-year-old nonprofit that has flipped more than 950 abandoned properties in Camden City. Of the homes SJCS has returned to the local real estate market, 92 percent are still owned by their original buyers or someone within their families.

The organization also provides a 16-hour “education academy” on home ownership—a month of group classes on finances, budgeting, mortgage liabilities, and more—that has contributed to a foreclosure rate of less than 3 percent on its properties.

As a qualified rehabilitation entity under the APRA, SJCS can provide cost estimates for the work needed to bring abandoned properties up to salable conditions. If a court approves of its plans, the borough can take control of properties, contract with a qualified vendor to fix them up, and work with local real estate agents to market them.

The process can be months-long, said SJCS Executive Director Pilar Hogan-Closkey, and property owners can decide at multiple points along the way to take the initiative to repair their buildings themselves, which she described as “a win either way. 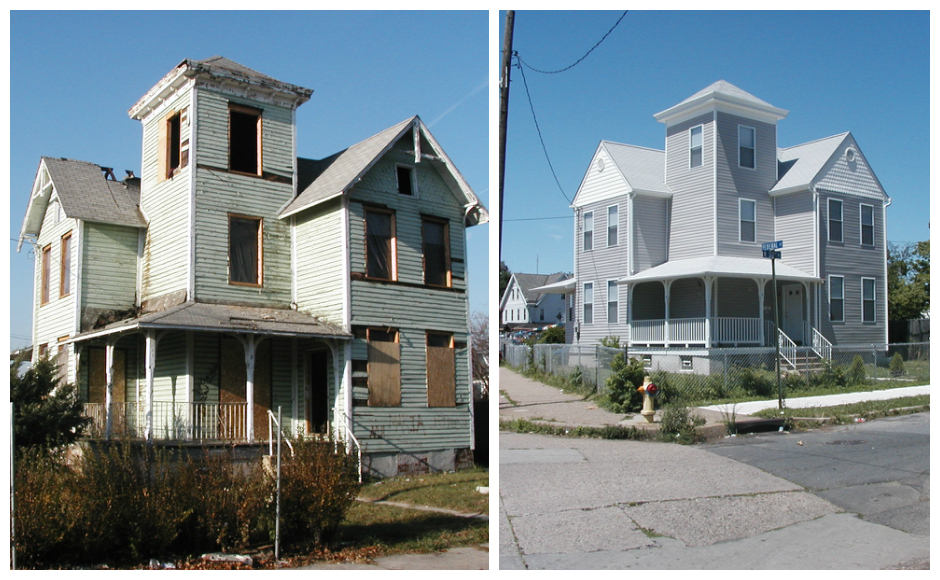 3 North 30th Street in Camden City, before and after St. Joseph’s Carpenters Society fixed it up. Credit: Pilar Hogan-Closkey.

“In the end, we’ve identified this house, what we think it should cost to get this back up for today’s family, and the price we think the house should be worth,” Hogan-Closkey said.

“The owner or investor has the ability to come back in and say, ‘I’ll do this’ and get it back into shape, and support some kind of rehab plan,” she said.

“We win in that situation as long as there’s somebody in that house who does that process. If no investor or owner shows up, then we can agree to work with the city, make those changes, and get it back up for sale.

“What’s the best means of shaking the tree?” Hogan-Closkey said. “If the house is worth money and the owner or investor is in the area, they’ll probably come back into the area and get that property back up on their own without even needing us.”

Collingswood isn’t the only community with which SJCS is partnering on this issue; it has projects underway in Gloucester City, Pennsauken, and Merchantville.

“What I have admired about all three of those towns is how proactive the towns are willing to be,” Hogan-Closkey said. “What can we do on a particular block, house, neighborhood, to gain back control? 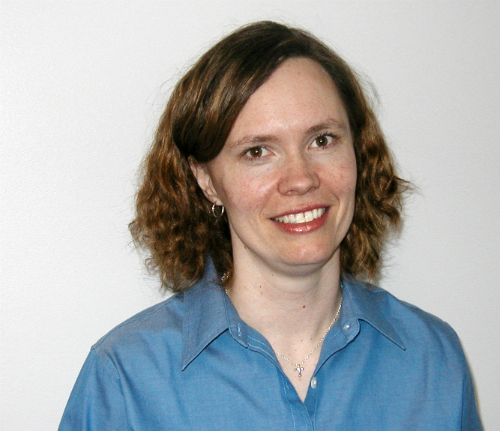 “I think what we want to see is a healthy market in every location, and it means different things to different places,” she said. “We don’t need a million bucks to get this to work.”

“Towns make money on productive use over the long haul,” he said. “If you fix up the property, it helps all the values in the area.

“That’s good for the local government, and the intangibles of it [are that] you build a stronger community.”